A video of people in PPE gear walking around a pile of dead bodies lying on stretchers outside a building has gone viral on social media. The video claims that it is from Hyderabad’s Gandhi Hospital where more than 35 people died due to COVID-19 in 15 hours.

The video was posted with a caption in Telegu which translates to, “The second wave of corona that killed 35 people in 15 hours in a single day at Gandhi Hospital yesterday is very dangerous.” 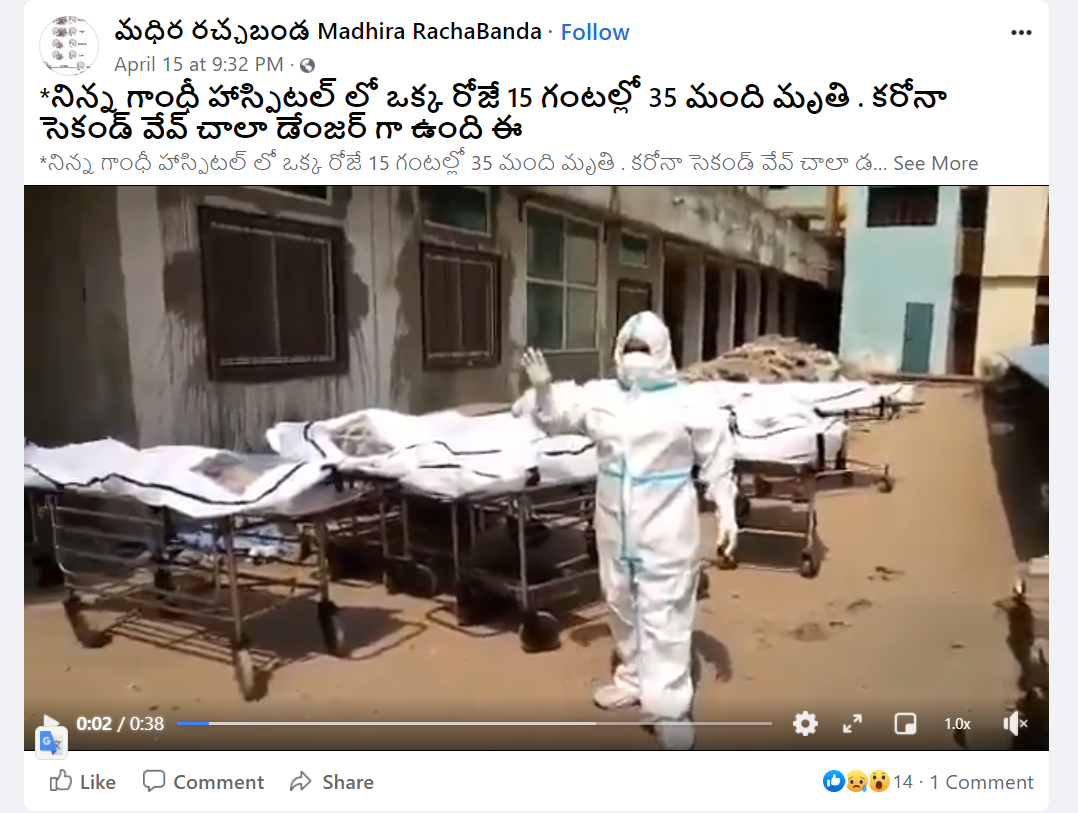 NewsMobile fact-checked the viral post and found it to be misleading.

We extracted keyframes from the video via the InVid tool and we found the same video was uploaded by a Twitter user.

The caption of the tweet reads, “Dr Bhim Rao Ambedkar Memorial Hospital in Raipur, Chhattisgarh has run out of space to store bodies. Bodies are piled up outside the hospital premises.” 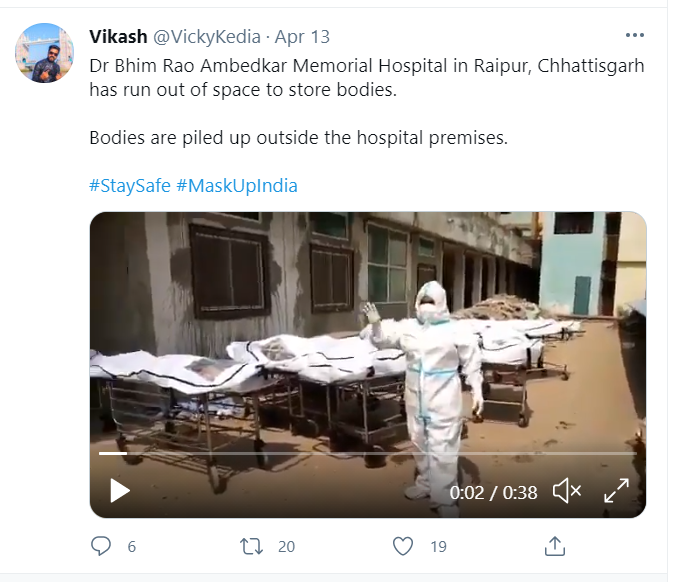 Taking a cue from this, we searched the web and found a news report which also carried the same video stating that visuals are of bodies of COVID-19 patients lying on the floor and on stretchers outside a government hospital in Chhattisgarh. 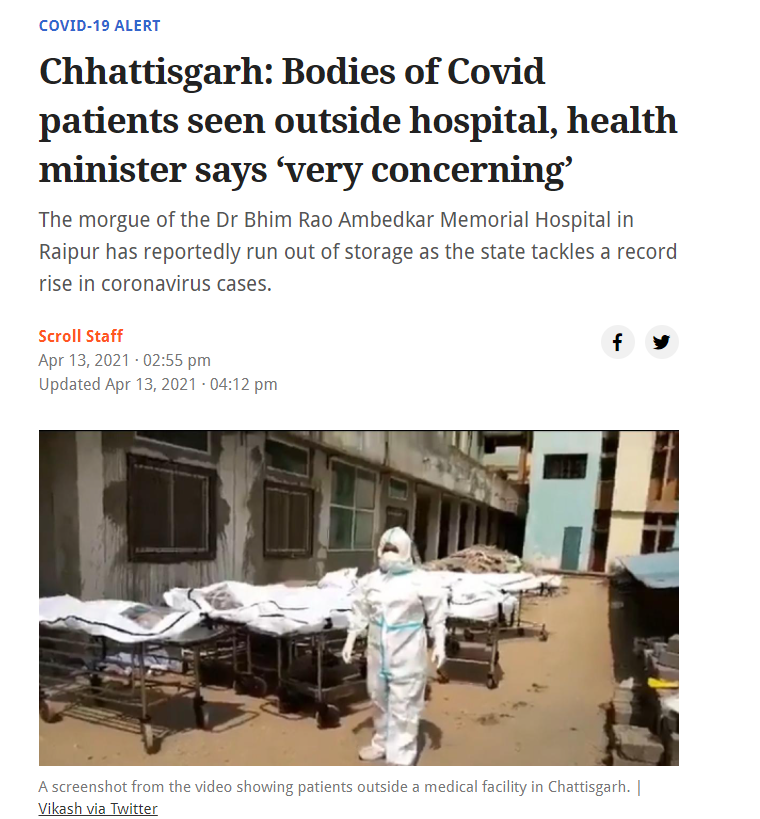 We also came across another report by NDTV which carried the same video with the caption, “Piled on gurneys, lying on the floor and even outside in the sun by the dumpsters – skin-crawling scenes of bodies at Raipur’s biggest government hospital highlight the huge human cost of the second wave of COVID-19 in India and shows what happens when the country’s creaky healthcare system is pushed to its brink.” 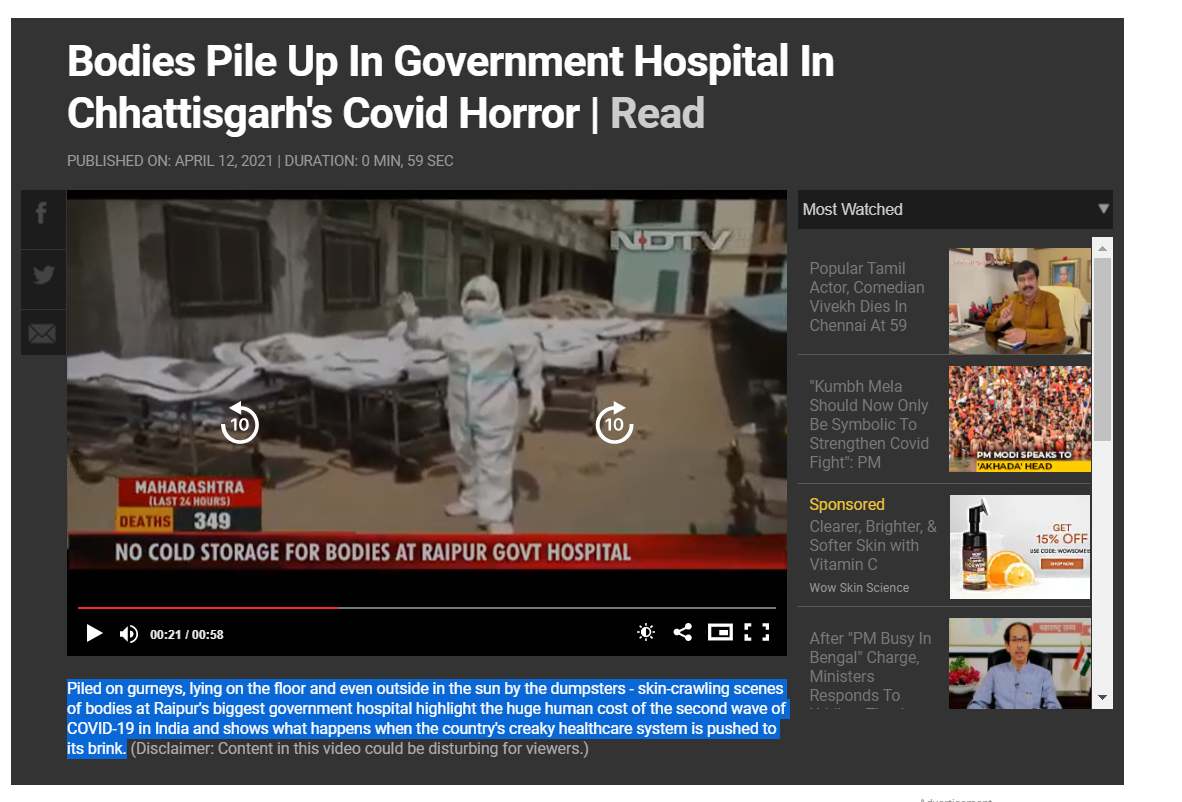 We also went through some recent COVID-19 media bulletins on Telengana’s official COVID dedicated website and couldn’t trace the same number of mortality data as claimed in the viral video.

While searching on the web, we found many news articles stating that Telengana’s Gandhi’s Hospital has been again converted into COVID-19 hospital. 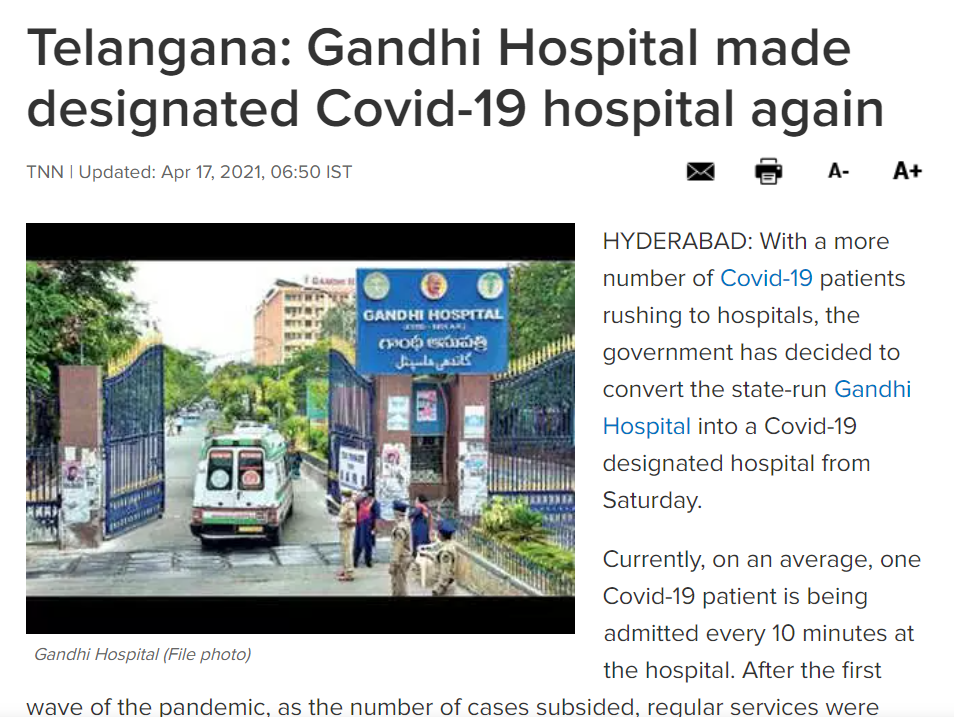 But we could not find the viral video anywhere in these news articles as well.

Hence, from the above information, it is clear that the viral video claiming that ‘it is from Hyderabad’s Gandhi Hospital where more than 35 people died due to COVID-19 in the last 15 hours is misleading. The video is actually Dr Bhim Rao Ambedkar Memorial Hospital in Raipur, Chhattisgarh.