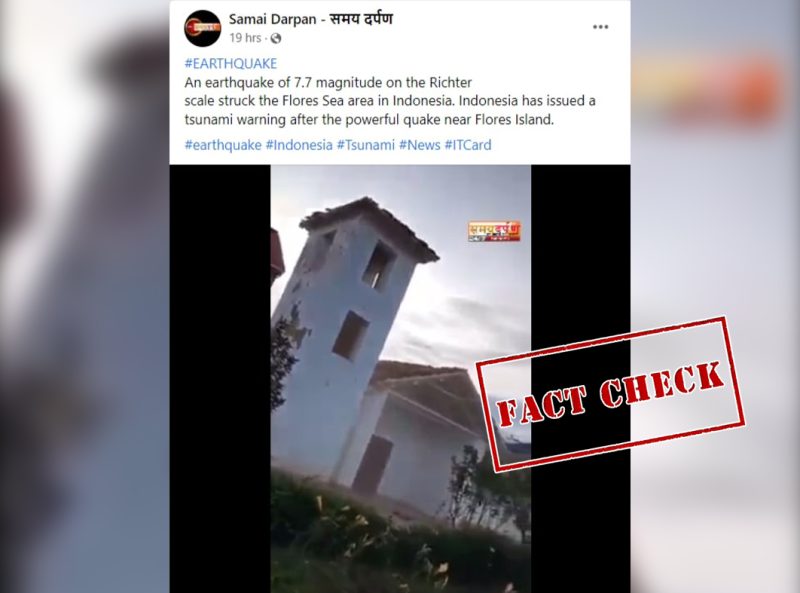 A video where debris can be seen falling from a tower is being shared on social media claiming that it shows the aftermath of the recent massive earthquake that struck eastern Indonesia on December 14, 2021.

The video is being shared with the caption, “#EARTHQUAKE An earthquake of 7.7 magnitude on the Richter scale struck the Flores Sea area in Indonesia. Indonesia has issued a tsunami warning after the powerful quake near Flores Island. #earthquake #Indonesia #Tsunami #News #ITCard.” 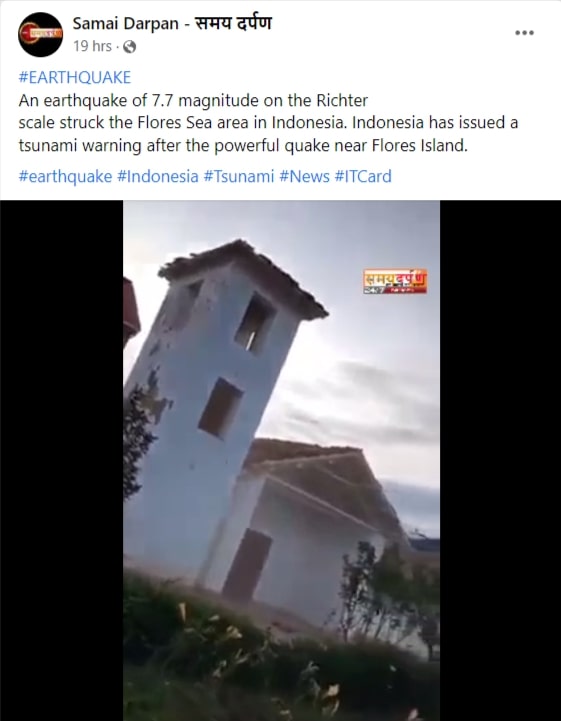 NewsMobile fact-checked the post and found the claim to be misleading.

A simple Reverse Image Search on the keyframes of the video led us to a report by Sky News dated November 29, 2021. The headline of the report read, “Video: Debris falls from tower as earthquake rocks Peru.” 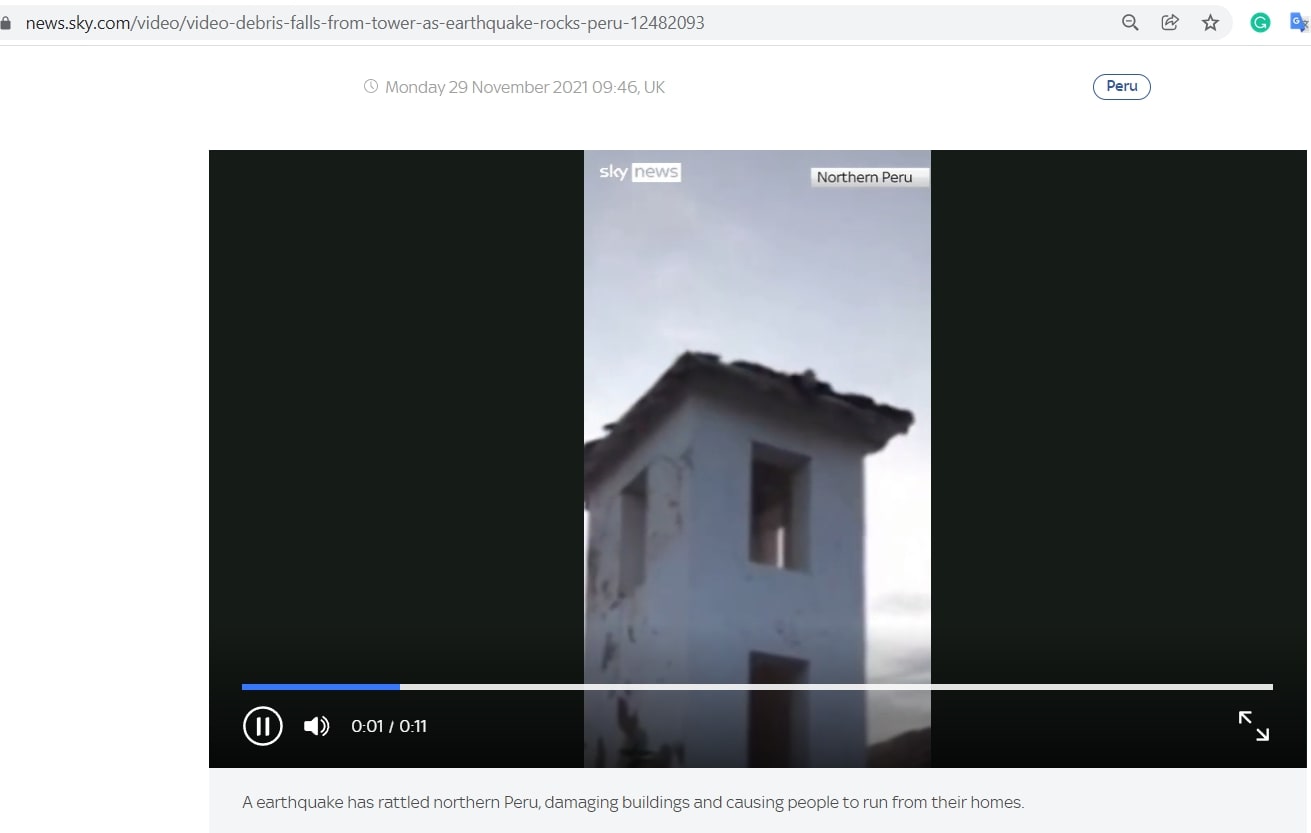 The location of the video was mentioned as Northern Peru and the caption read, “A earthquake has rattled northern Peru, damaging buildings and causing people to run from their homes.”

The same video was also uploaded by a Mexican media outlet, El Universal, on Dailymotion on November 29, 2021.

The caption claimed that the video is from Peru. 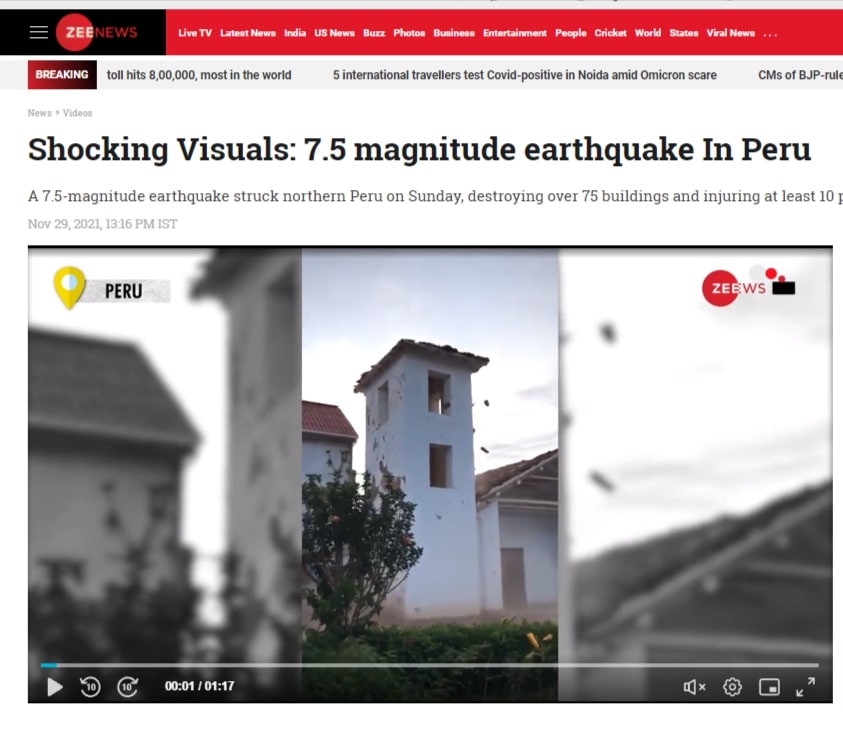 Other reports about the Peru earthquake, containing the same video, can be seen here and here.

According to a report by NDTV dated November 29, 2021, the ‘earthquake in northern Peru injured 12 people and destroyed 117 homes, leaving more than 2,400 people without a roof over their heads’. The report also mentioned that ‘the epicenter was 98 kilometers east of the small Peruvian town of Santa Maria de Nieva in the Peruvian Amazon, however, the tremor was felt in nearly half of the country, including coastal and Andean regions and the capital Lima. It also caused damage in neighbouring Ecuador’.

Hence, from the above information, it is clear that the video in circulation is NOT from Indonesia and the viral post is misleading.