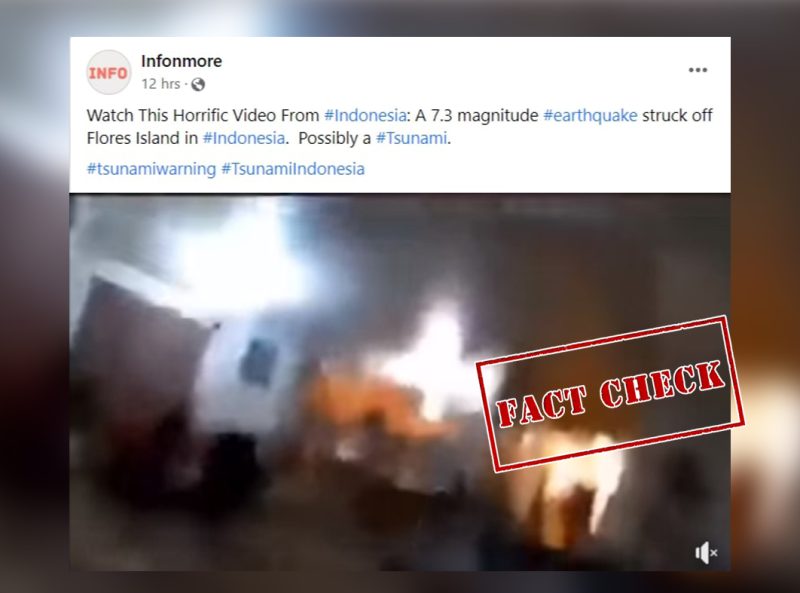 A 7.3-magnitude earthquake struck eastern Indonesia on December 14, 2021, triggering the prospect of Tsunami. In this backdrop, a video is being shared on social media linking it to the recent earthquake in Indonesia.

Facebook users are sharing the video with the caption, “Watch This Horrific Video From #Indonesia: A 7.3 magnitude #earthquake struck off Flores Island in #Indonesia. Possibly a #Tsunami. #tsunamiwarning #TsunamiIndonesia.” 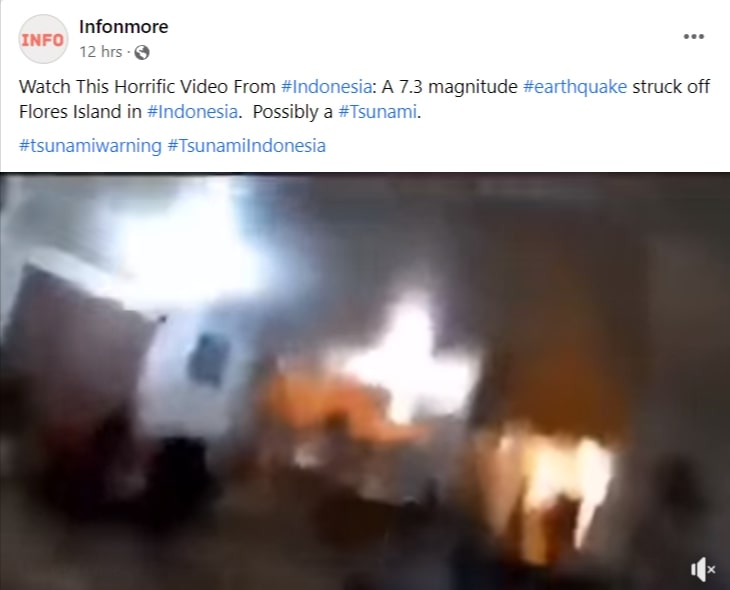 A Reverse Image Search on the keyframes from the video directed us to a tweet dated December 1, 2018, that carried the same viral video. The tweet text read, “#akearthquake #Earthquake [email protected]  just a little bit shaken this morning.”

Searching further, we found the same video uploaded on Facebook by a US-based meteorologist Jordan Steele on December 1, 2018. The caption of the video read, “Alaska earthquake video from inside a home WOW. so scary. This video comes from JAMES EASTON. The scary thing is the entire west coast is expecting to see more of these in the coming years.”

Taking a cue from this, we found that on November 30, 2018, Anchorage (Alaska’s largest city) was hit by a 7.0 magnitude earthquake and the viral video dates back to 2018 and is not recent.

More searches led us to reports by several media outlets that carried the same video in 2018 with a description, “Anchorage earthquake coverage.” The viral video can be seen from 2:43:23 seconds.

NewsMobile had debunked the same video in July 2021, when it was being shared as that of a recent earthquake in Alaska.

Thus, it is evident from the above information that an old video of Alaska earthquake is being shared as that of the recent quake in Indonesia. Therefore, the viral claim is misleading.