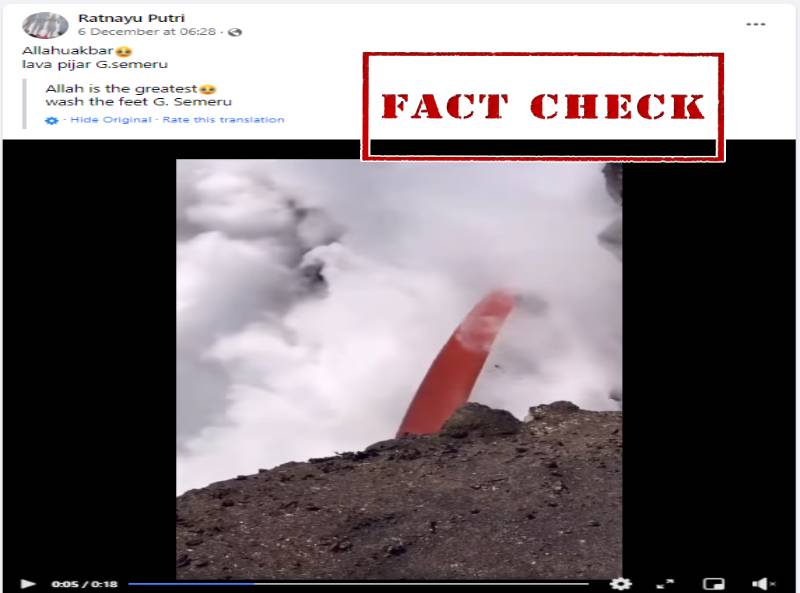 A video is widely being shared on social media in which lava is seen erupting from a volcano. It is being linked to Mount Semeru in Indonesia.

The volcanic eruption happened in Indonesia on December 4, 2021, which killed 13 people. 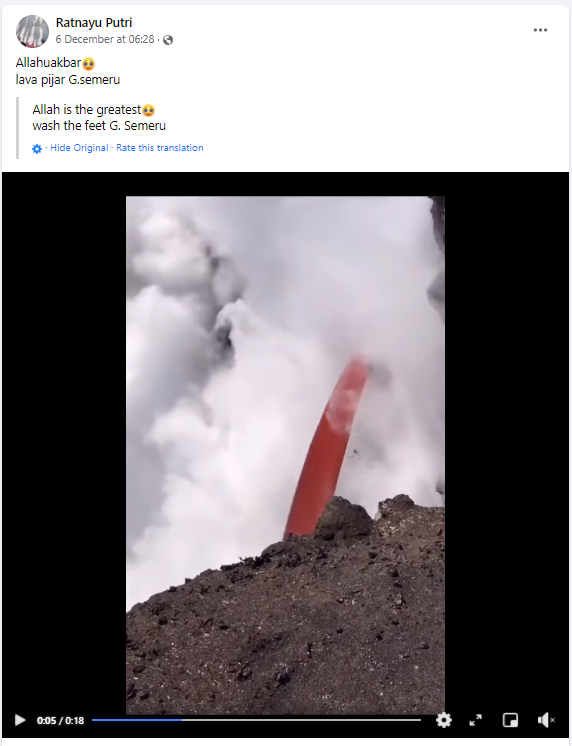 On breaking the video into multiple keyframes using InVid tools and doing a Google Reverse Image Search, we found that the same video was uploaded by USGS Hawaiian Volcano Observatory on January 28, 2017.

The video description read, “The open lava stream continues at the Kamokuna ocean entry. Today, the stream was remarkably steady, but produced pulsating littoral explosions where the lava impacted the water.” 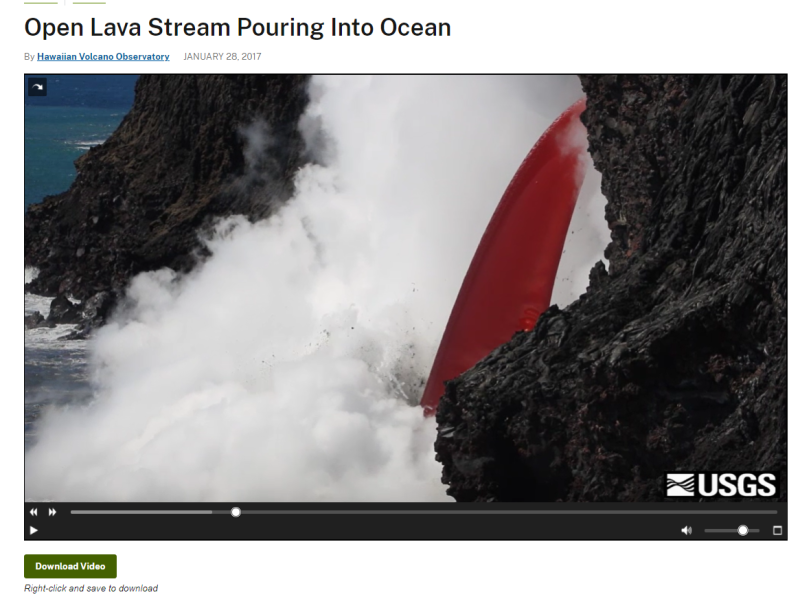 A similar video was also uploaded by SciNews on February 1, 2017. The video description read, “Kilauea Volcano lava stream at the Kamokuna ocean entry between 25 – 29 January 2017. According to USGS, “Kīlauea Volcano continues to erupt at its summit and East Rift Zone. Lava continues to enter the ocean at Kamokuna and surface flows remain active within 2.4 km (1.5 mi) of the vent at Puʻu ʻŌʻō.” 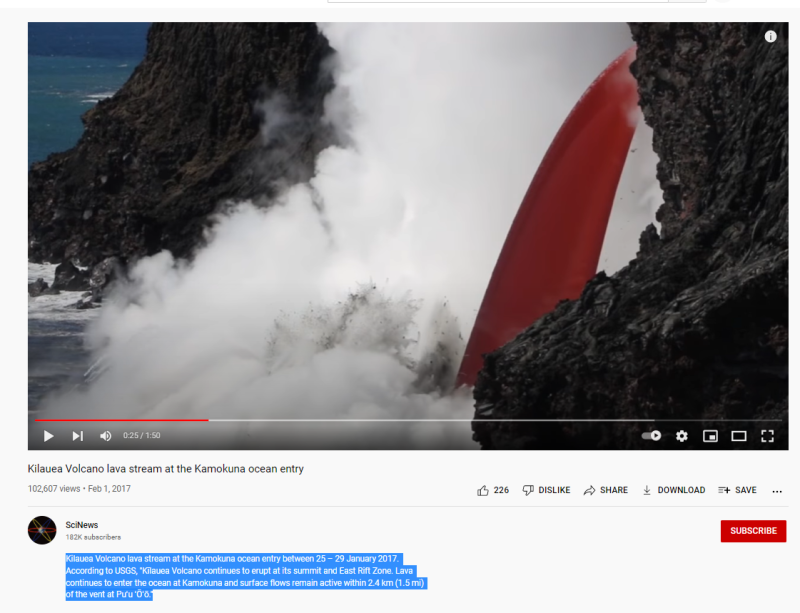 Hence, we can ascertain that the viral video is old and is not associated with the volcanic eruption that happened in Mount Semeru, Indonesia.