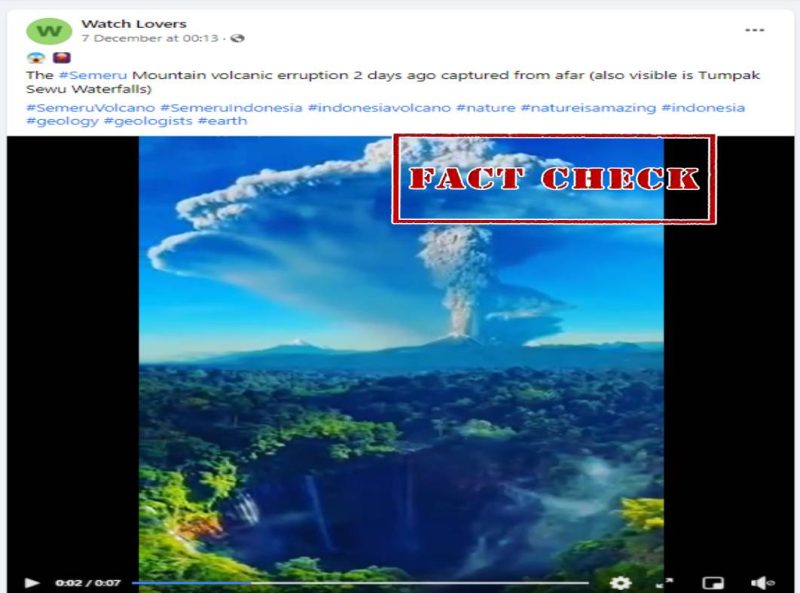 Semeru volcano eruption has killed at least 14 people and injured dozens on Java island, Indonesia’s disaster agency said on December 5, 2021, according to a report published by Reuters. 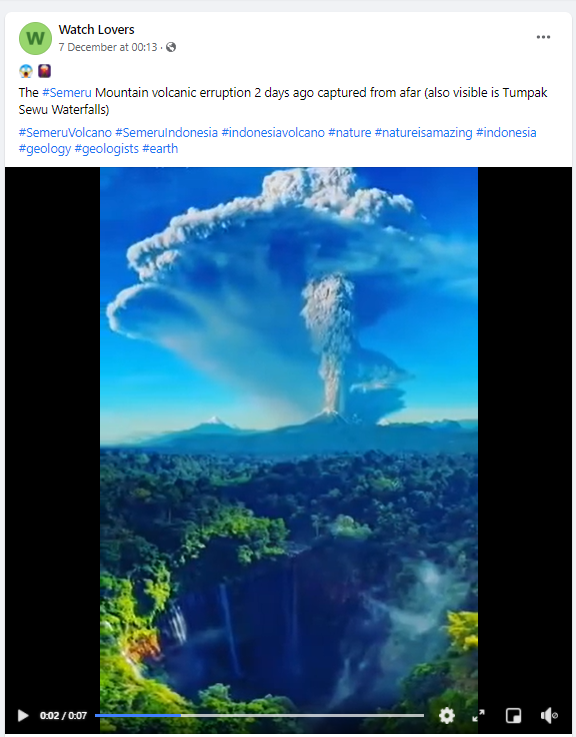 On breaking the video into multiple keyframes using InVid tool and doing a Google Reverse Image Search with one of the keyframes, we found a similar image published by Getty Images. The caption associated with the image read, “Calbuco Volcano – April 2015 – stock photo.” 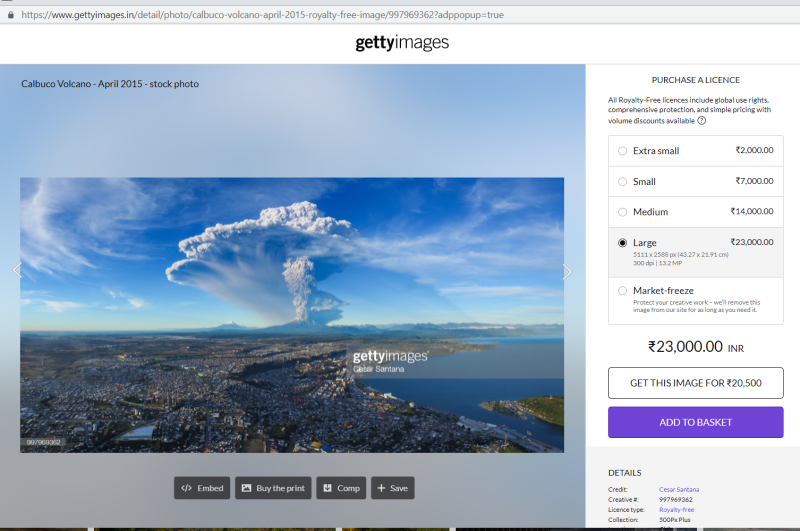 We compared both images and found them to be same. 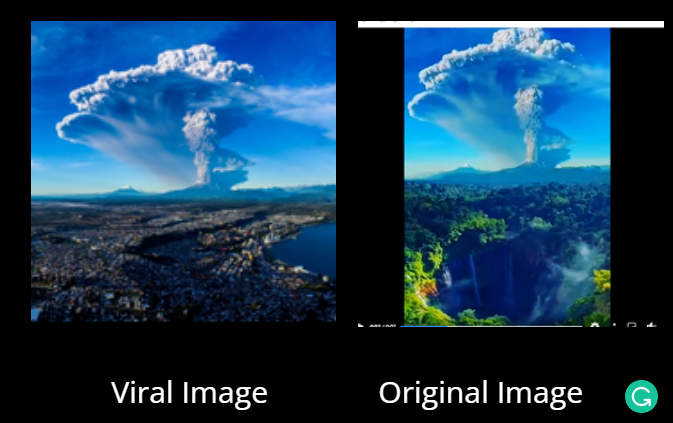 We further found that The Guardian had also reported about the Calbuco volcano eruption that happened in Southern Chile on April 23, 2015.