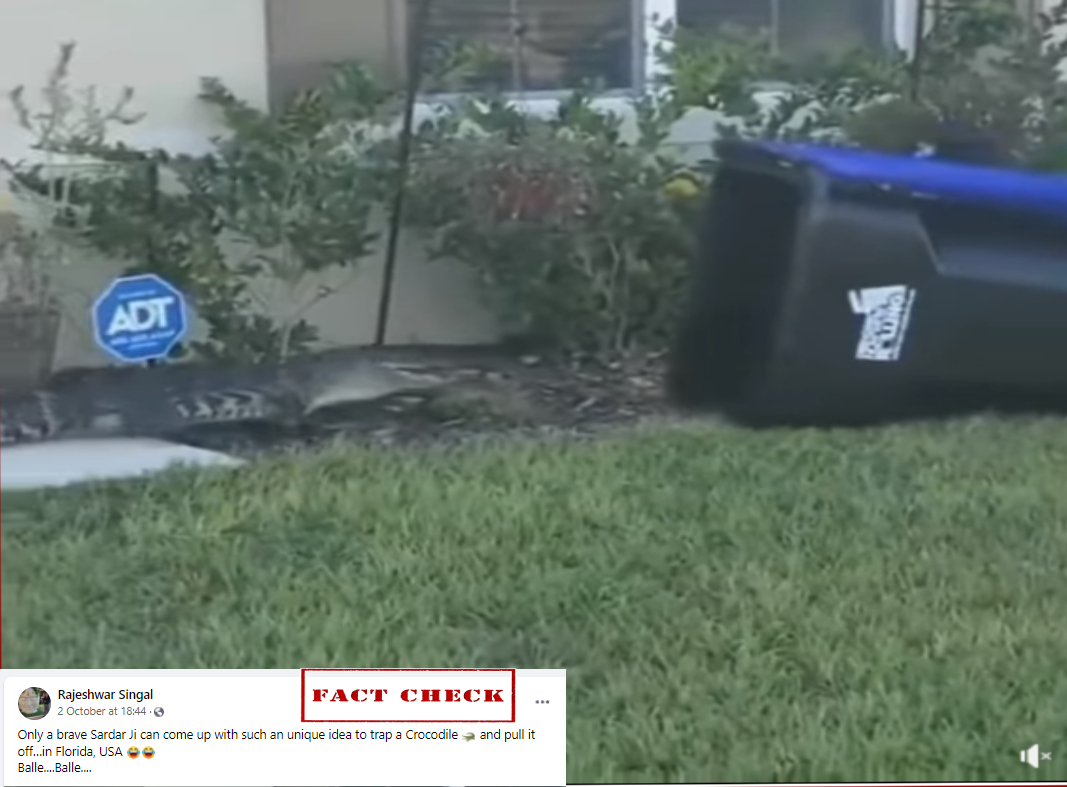 A video in which a man can be seen trapping an alligator in a dustbin is being shared on social media with the claim that he is a Sikh.

Facebook users are sharing the video with the caption, “Only a brave Sardar Ji can come up with such a unique idea to trap a Crocodile and pull it off…in Florida, USA Balle….Balle….” 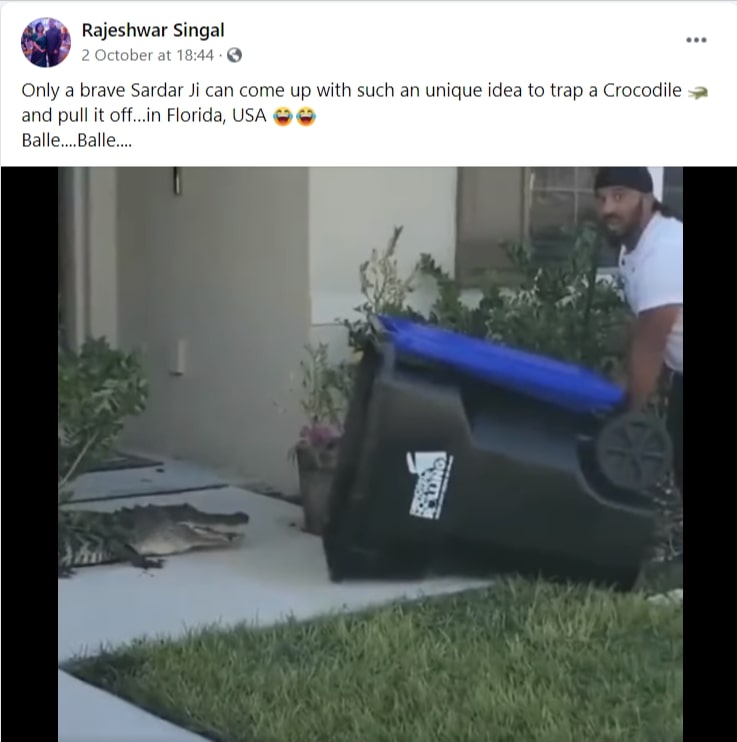 NewsMobile fact-checked the post ad found the claim to be misleading.

We ran a keyword search and found multiple articles covering the same incident. NBC News shared the same video with the caption, “Wild video shows Florida transplant trapping alligator his ‘own way’ — in a garbage bin.” 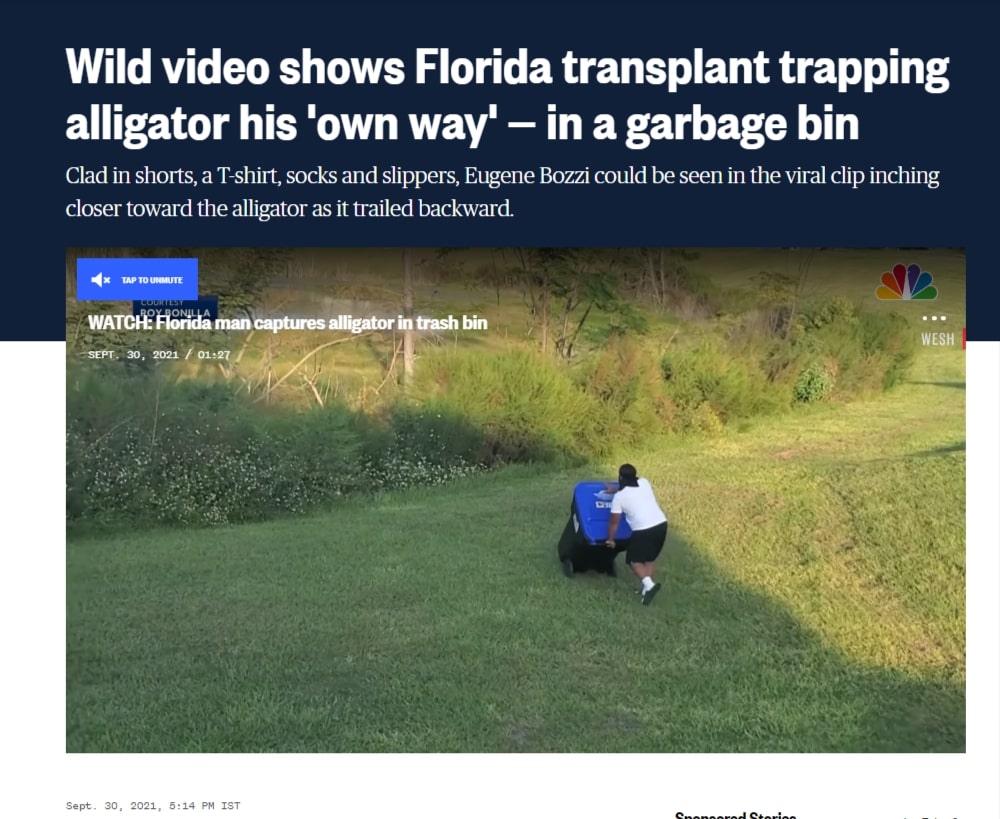 The report mentioned that the man in the video has been identified as Eugene Bozzi, a Philadelphia resident, who has only been in Florida for a year.

A CNN report also mentioned that Eugene Bozzi is a military veteran.

In an interview with CBS Philly, Bozzi said, “When I was a kid, I’m from North Philadelphia, I used to catch Pitbulls with blankets. I definitely had no problems doing it with the alligator, and I’m glad everything worked out.”

The same of also covered by several Indian Media organisations after the video of the incident went viral on the internet. The reports can be seen here, here and here.

However, none of the reports mentioned that he was a Sikh. In the viral video, he is wearing a durag, a close-fitting headscarf, worn especially by African-American men. We also scanned through his Instagram account but did not find any related pictures to suggest he is a Sikh.

Hence, from the above information, we can conclude that the man in the video is not a Sikh and the post is being shared with a false caption.