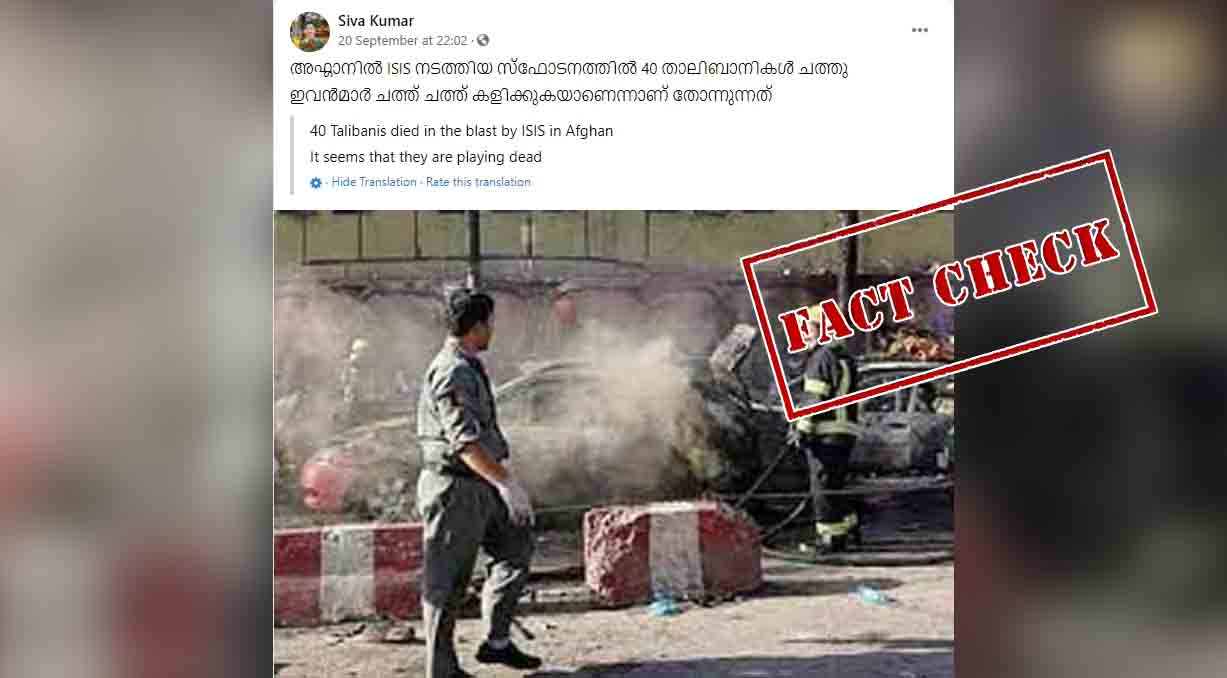 An image is being shared on social media with a claim that it shows the aftermath of an attack by ISIS on the Taliban. The post claims that about 40 Talibanis were killed in the blast.

(English Translation: 40 Talibanis were killed in Afghanistan after a blast by ISIS. I think they are playing the game of death. ) 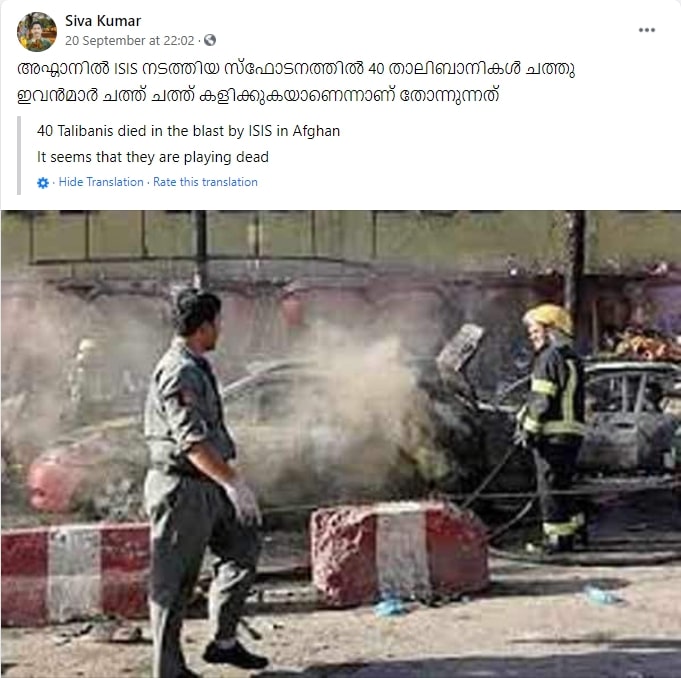 A simple Reverse Image Search on the picture led us to an article by India Today from 2018 featuring the same picture.

“Afghan policemen inspect the site of a blast in Jalalabad (Photo:REUTERS/Parwiz),” the image was captioned. 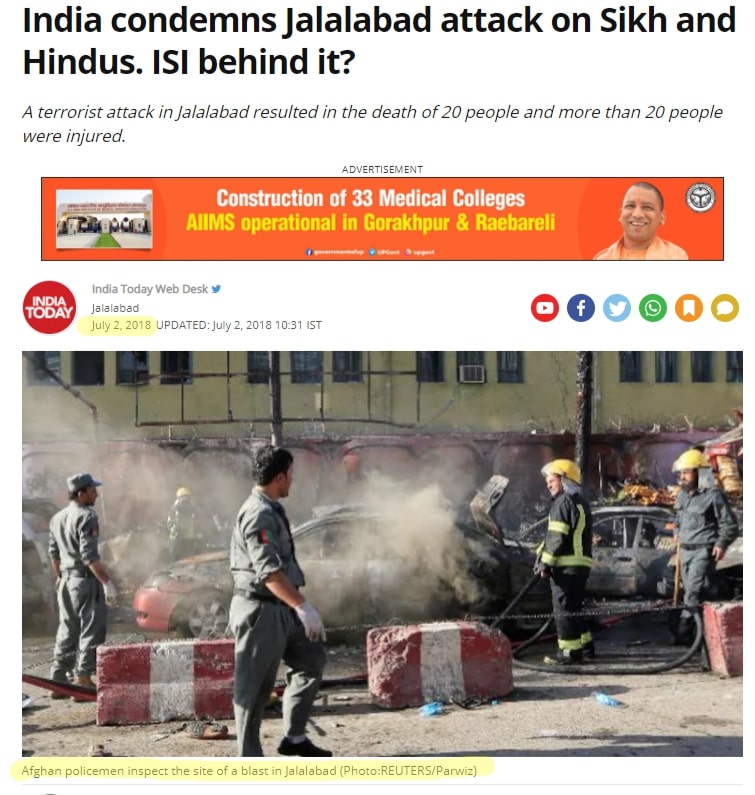 The same image was also published in a Hindustan Times article dated July 02, 2018. According to the article, ‘a suicide bomber blew himself up in a city in eastern Afghanistan where President Ashraf Ghani was visiting, killing at least 19 people, many of them Sikhs.’ 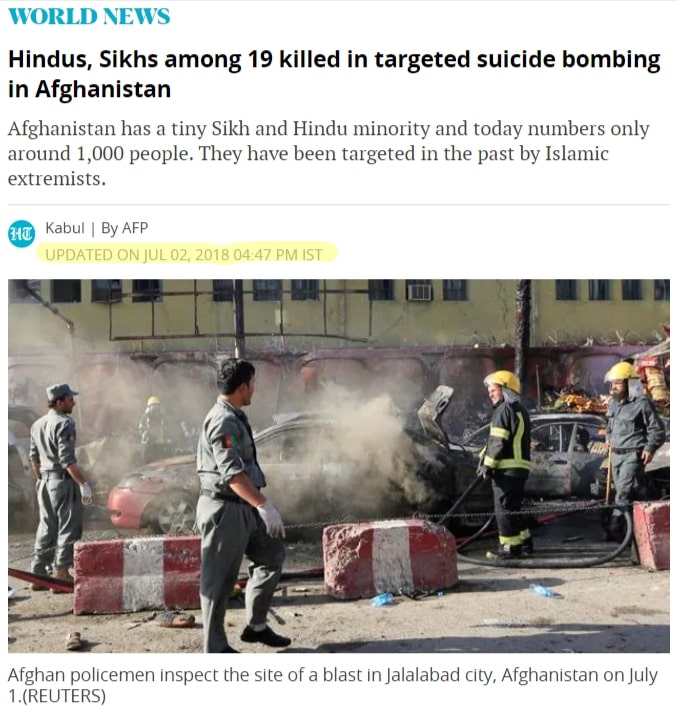 We also found the same image on the website of Reuters with the caption, “Afghan policemen inspect the site of a blast in Jalalabad city, Afghanistan, July 1, 2018. REUTERS/Parwiz.”

This proves that the image in circulation is from 2018 and is not of any recent attack.

Did Islamic State (IS) affiliate attack on Afghanistan Recently?

Since the Taliban took over Afghanistan in August 2021, IS has claimed responsibility for two attacks in Afghanistan so far.

The first attack took place at Hamid Karzai International Airport in Kabul, Afghanistan August 26, 2021, in which 170 people lost their lives and scores were injured. The explosion happened at a time when Kabul airport was jam-packed with desperate Afghan citizens and foreign nationals including soldiers who were trying to leave the country in the wake of the Taliban takeover. The responsibility for the above attack was claimed by IS-K – Islamic State Khorasan Province. Read reports here and here.

ISIS-K also claimed responsibility for the series of bomb attacks, targeting Taliban vehicles, carried out in the city of Jalalabad in eastern Afghanistan. Jalalabad is the capital of Nangarhar province and the heartland of the Islamic State’s Afghanistan branch. In a statement, ISIS- K claimed that more than 35 Taliban militia members were killed or wounded in the blasts. The reports regarding the same can be read here, here and here.

Hence, based on the above fact check, we can conclude that the post in circulation is misleading as the image featured in the posts is OLD.