An image of a woman scanning a QR code on a structure resembling a gravestone has gone viral on social media with a claim that it shows graves in Japan that are equipped with QR codes which can shows pictures, information and a brief biography of the deceased once scanned.

The image is being shared on Facebook with a caption that reads, “DYK? There are graves in japan equipped with a QR code for each grave, which shows you pictures, information & a brief biography of the life of the dead.” 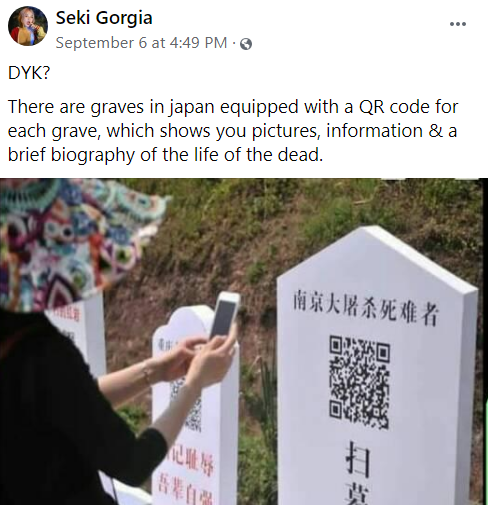 We ran the image on Google Lens and translated the text written on the gravestone like structure. The translation of the text reads, “The Nanjing massacre killed victims.” Taking a cue from this, we did a Reverse Image Search along with keyword search and found the viral image published on several Chinese ad websites and news articles in 2015. 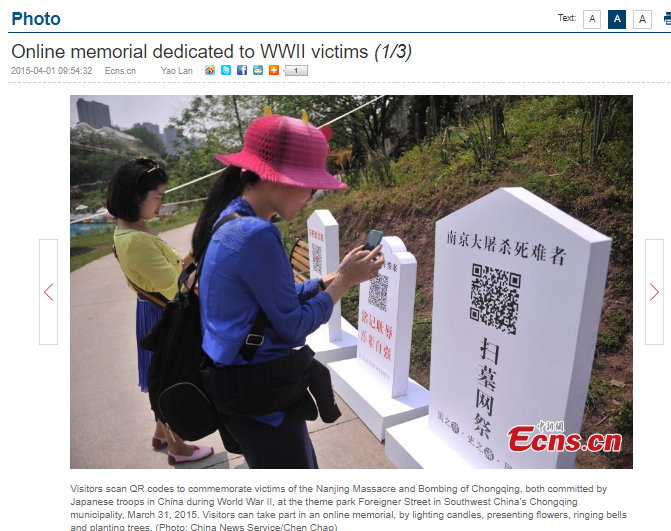 The image description reads, “Visitors scan QR codes to commemorate victims of the Nanjing Massacre and Bombing of Chongqing, both committed by Japanese troops in China during World War II, at the theme park Foreigner Street in Southwest China’s Chongqing municipality, March 31, 2015.”

According to articles published in 2015, “Staff at Chongqing Foreign Street, southwest China is attaching QR codes to the fake memorial gravestones for victims of the Nanjing Massacre and bombing of Chongqing. Visitors now can pay their respects to the victims by scanning the QR codes on the fake gravestones. Scanning the code allows visitors to access an online platform, providing services including presenting flowers, lighting candles and offering incense.” 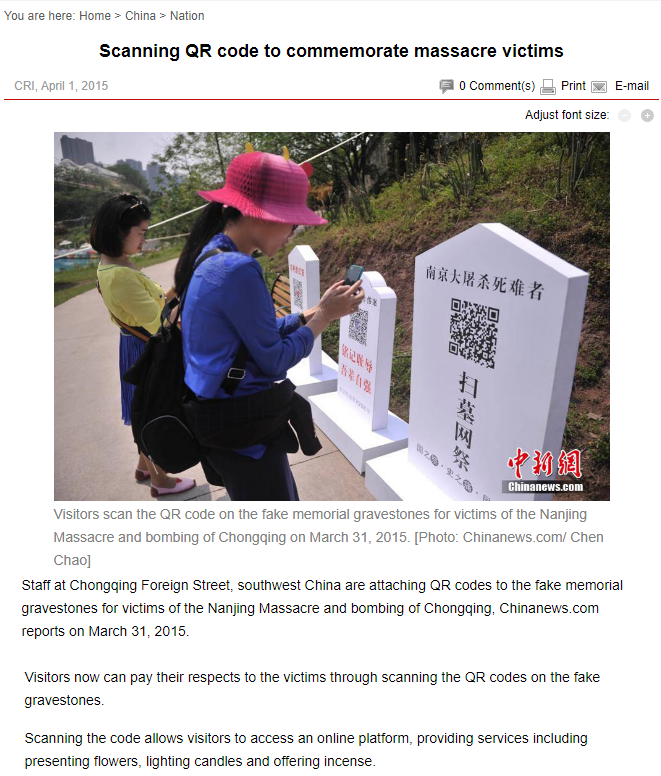 The Nanjing Massacre was an episode of mass murder and mass rape committed by Imperial Japanese troops against the residents of Nanjing (Nanking), at that time the capital of China, during the Second Sino-Japanese War (1937–1945). The number of Chinese killed in the massacre ranges from 1,00,00 to more than 3,00,000.

According to a news article, “The Bombing of Chongqing was part of a terror operation conducted by the Japanese air force from 1938 to 1944. The targets were civilians, mainly in residential areas, schools and hospitals. The six-year bombing campaign killed 30,000 people.”

It can be concluded that image from a theme park in Southwest China where visitors can scan QR codes to gather details on victims of the Nanjing Massacre and Bombing of Chongqing is being falsely shared as QR code-enabled graves in Japan. Therefore, the viral claim is false.