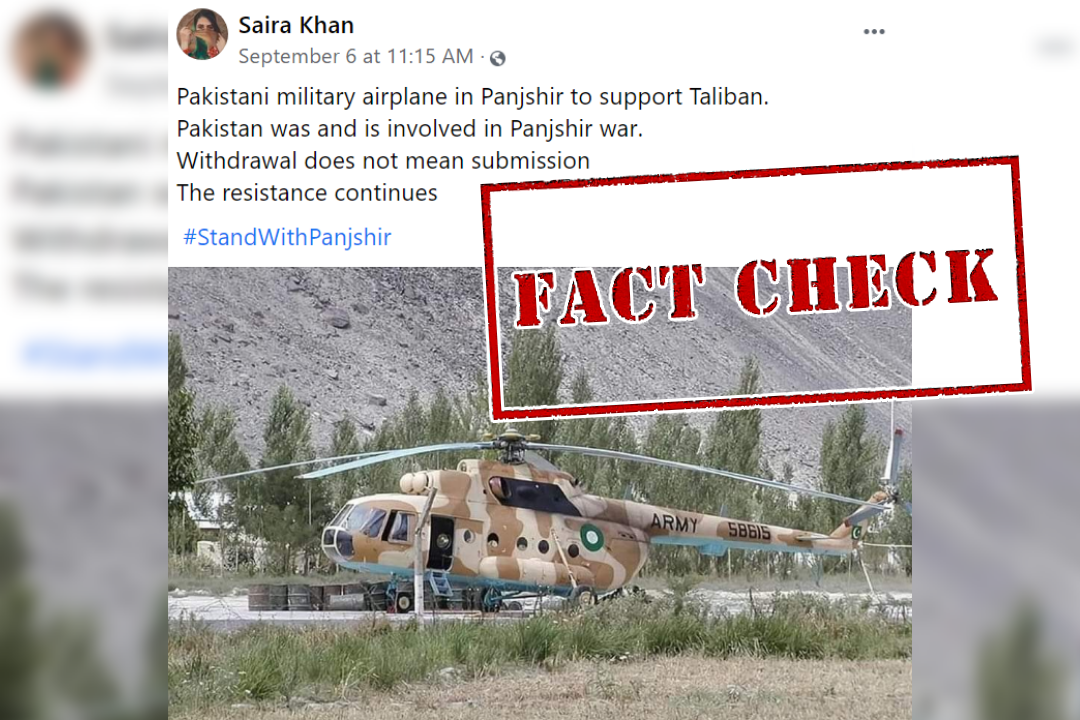 An image of a Pakistani helicopter has gone viral on social media claiming that it shows a Pakistani military helicopter in Panjshir province extending support to the Taliban.

Taliban have claimed victory over the resistance fighters in Panjshir Valley but resistance forces leader Ahmad Massoud claims that they are still fighting and the resistance will continue. In this backdrop, Pakistan has been accused of providing support to the Taliban and backing them.

The image is being shared on Facebook with a caption that reads, “Pakistani military airplane in Panjshir to support Taliban. Pakistan was and is involved in the Panjshir war. Withdrawal does not mean submission. The resistance continues.” 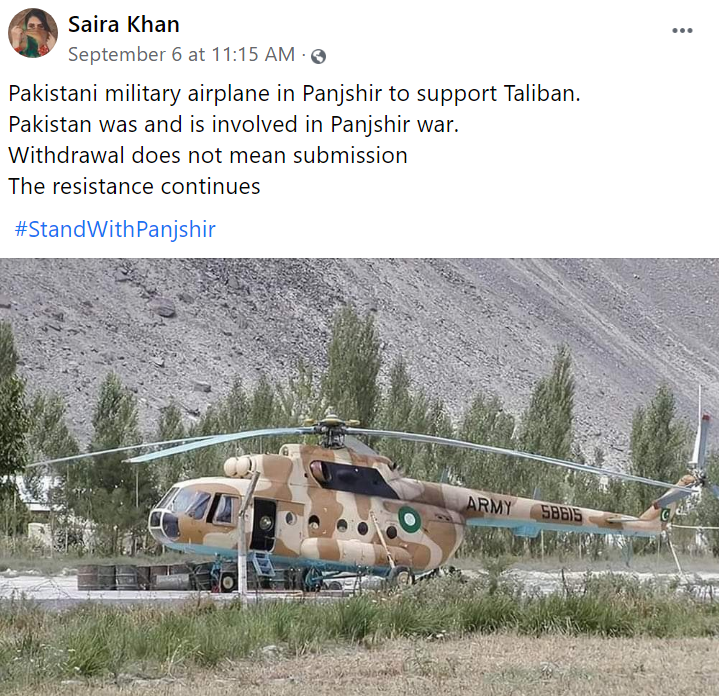 A Reverse Image Search directed us to a website that carried the same viral image with a description that read, “A Pakistan Army helicopter at the Skardu Airport in Northern Areas, Pakistan. Date: August 9, 2002.” 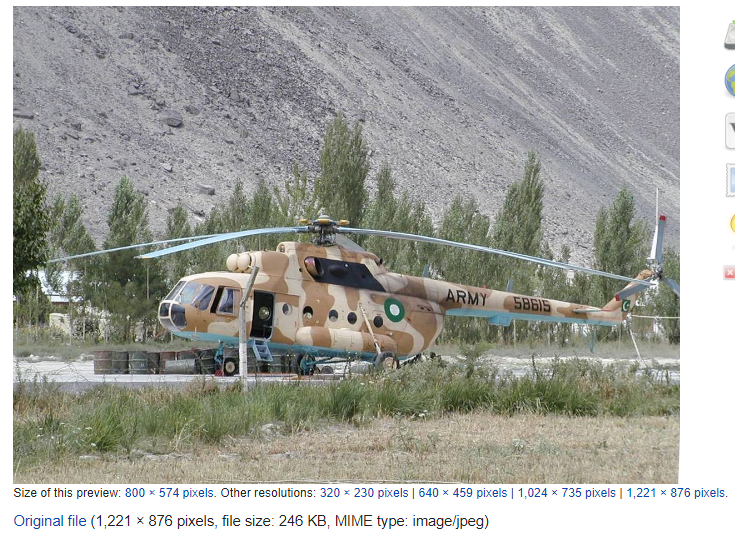 The image was also published in a news article on May 8, 2015, with a description that reads, “Two ambassadors killed in Pakistan helicopter crash; Dutch ambassador hurt.” 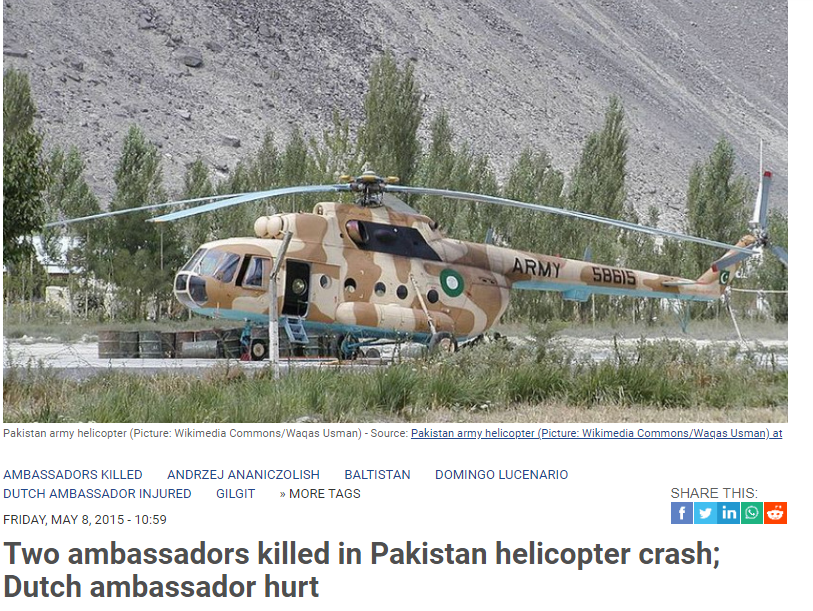 Searching further, we found the same image published in an article by The Wire on August 5, 2016, with a headline that reads, “Pakistani Helicopter Crash-Lands in Afghanistan; Taliban May Have Captured Passengers.”

The picture was captioned: A Russian made MI 17 helicopter belonging to the Pakistani government made an emergency landing in Taliban-held territory in Afghanistan. Credit: Wikimedia Commons 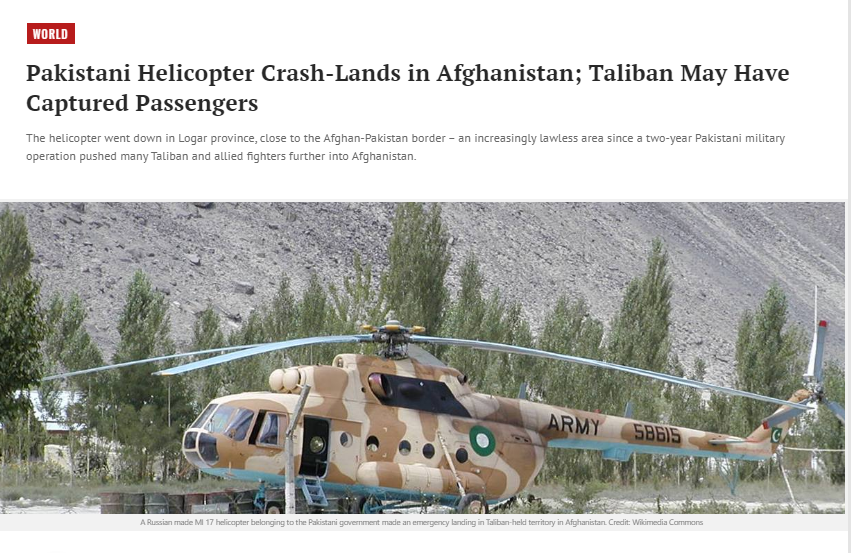 Thus, based on the above fact check, it is evident that the image is old and not related to the ongoing conflict in Afghanistan. Therefore, the viral claim is misleading.