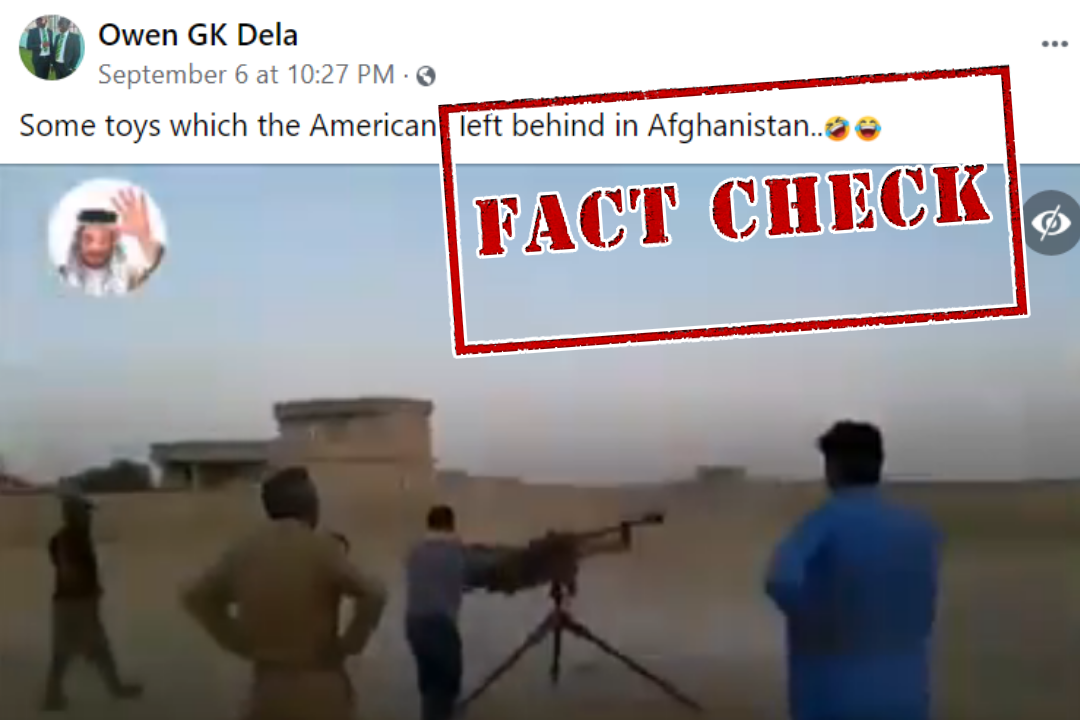 US troops may have left Afghanistan post-Taliban takeover in August 2021 but they have left behind a large cache of arms and ammunition worth billions of dollars in the country. In this backdrop, a video has gone viral on social media in which a couple of men can be seen losing control over a mounted weapon. It is being claimed that it is one of the US weapons that has now been captured by the Taliban.

The video is being shared on Facebook with a caption that reads, “Some toys which the Americans left behind in Afghanistan.” 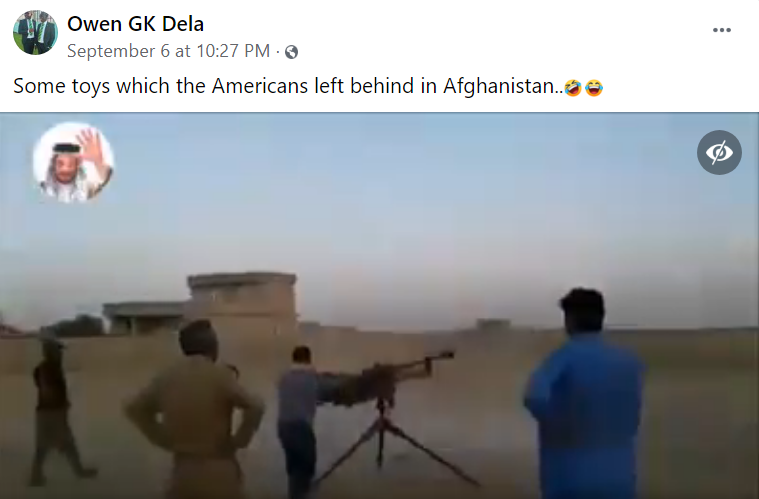 We extracted keyframes from the video and put them through Reverse Image Search. The search led us to the same video which had been uploaded on YouTube on November 15, 2017, with a caption that translates to, “The most dangerous handling of weapons.”

Searching further, we found the same video uploaded on Instagram with a caption that read, “We should read the instructions!” “How hard can it be????” The video was uploaded in May 2017.

More searches led us to a news article published on June 17, 2017, that carried screengrabs of the viral video stating that “The video, believed to be recorded in Iraq, opens with a group of people watching a man firing off a mounted automatic rifle.”

Another article published on a Turkish News website also carried the same viral video stating that “In the footage claimed to have been taken in Iraq, two people shooting with anti-aircraft guns suddenly get under the anti-aircraft gun as the gun rears up.”

Although we could not independently verify the location of the video, it is evident from the above information that the video has been on the internet since 2017 and is not related to the United States’s withdrawal from Afghanistan. Therefore, the viral claim is false.