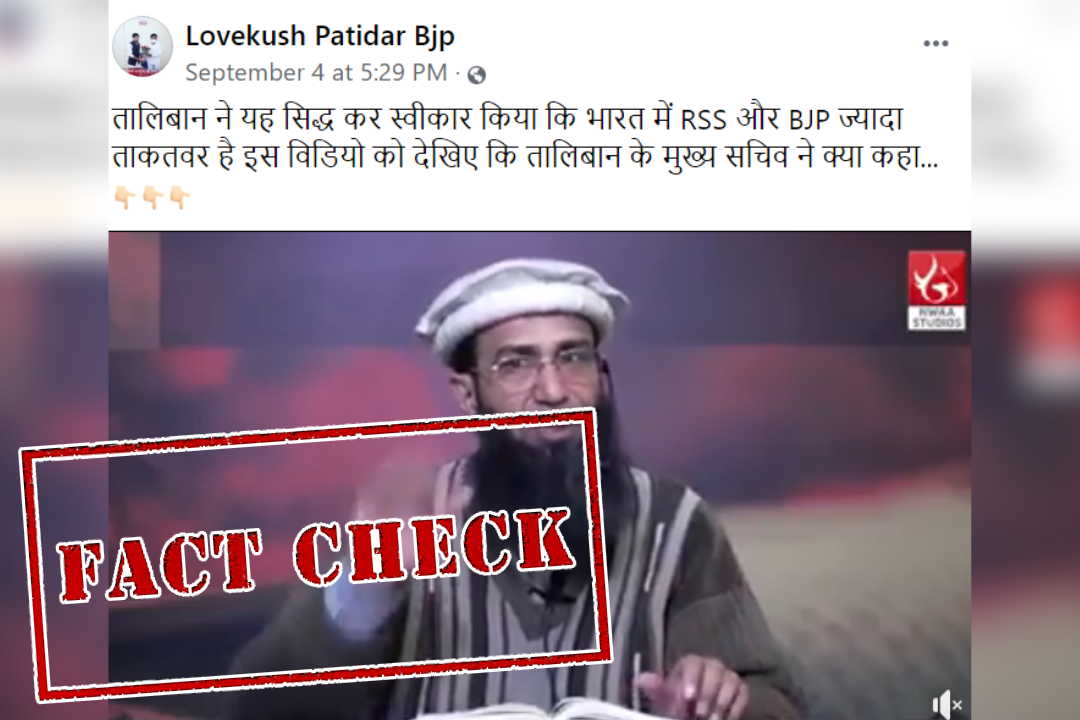 A video has gone viral on social media in which a person can be heard saying that the BJP and RSS are the most powerful organisations in India. The person is also comparing BJP and RSS with Mughal ruler Aurangzeb. It is being claimed that the person in the video is Chief Secretary of the Taliban.

The video is being shared on Facebook with a caption in Hindi that translates to, “Taliban has proved and accepted that RSS and BJP are more powerful in India. Watch this video what Taliban Chief Secretary said.” 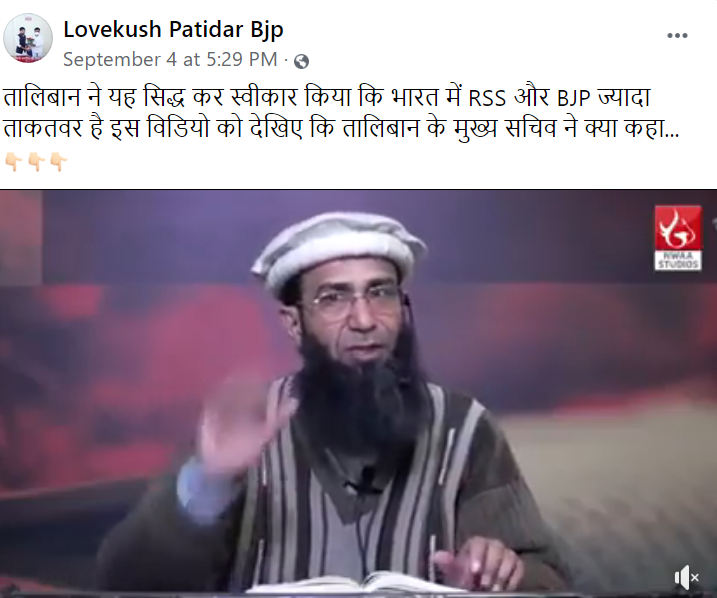 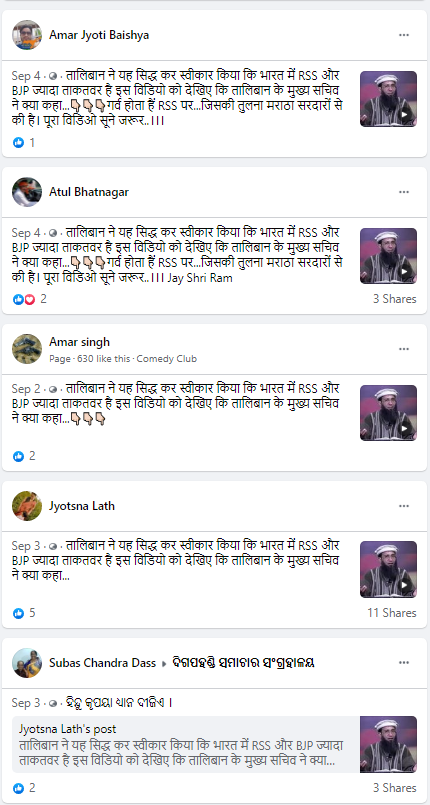 A Reverse Image Search of keyframes from the video led us to a YouTube video uploaded on August 6, 2020. In the video, one can see a time stamp stating that it was recorded on March 1, 2019. 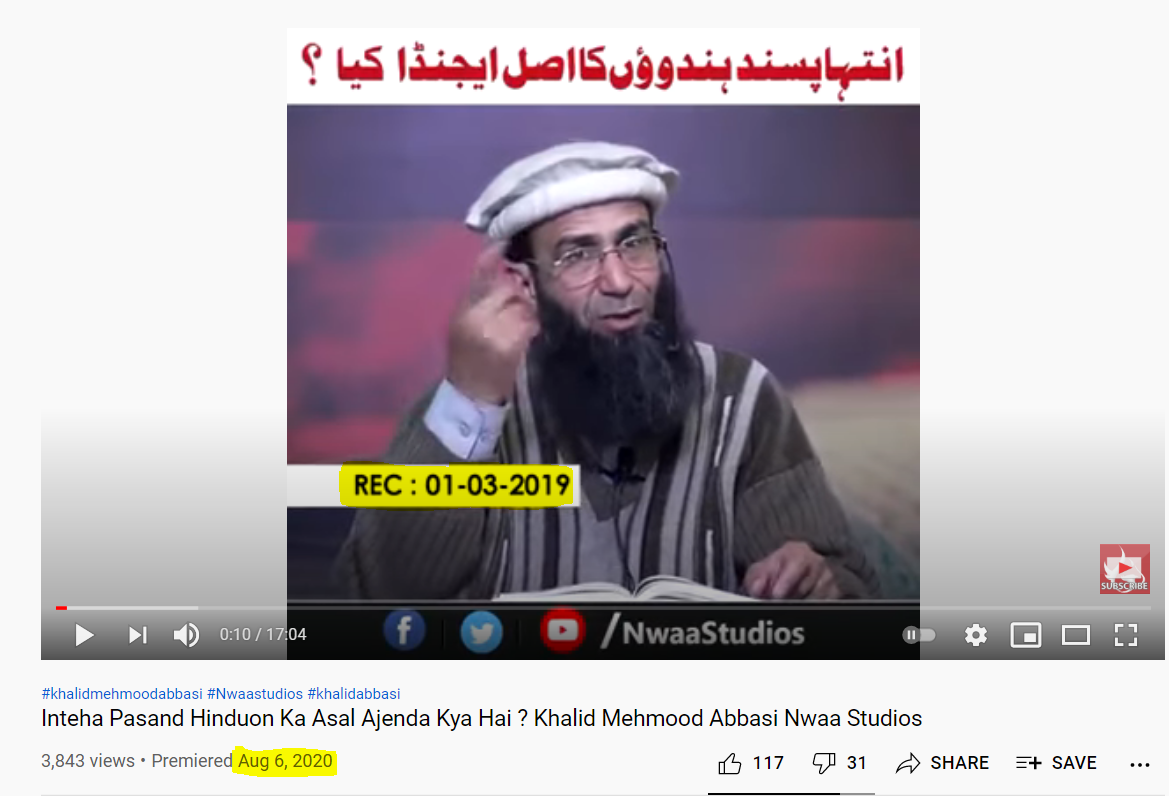 In this 17-minute video, the part about RSS and BJP can be heard in between 52 seconds and 1 min 20 seconds. The title of the video states that this person is Khalid Mehmood Abbasi.

We also found the viral video uploaded on the official YouTube page of Khalid Mehmood Abbasi Official on August 3, 2021.

According to information provided on Khalid’s official Facebook page, Islamabad-based Khalid is an Islamic scholar. He has spent 30 years of his life with an organization named Tanzeem-e-Islami. During this time he also held key positions in the organization. 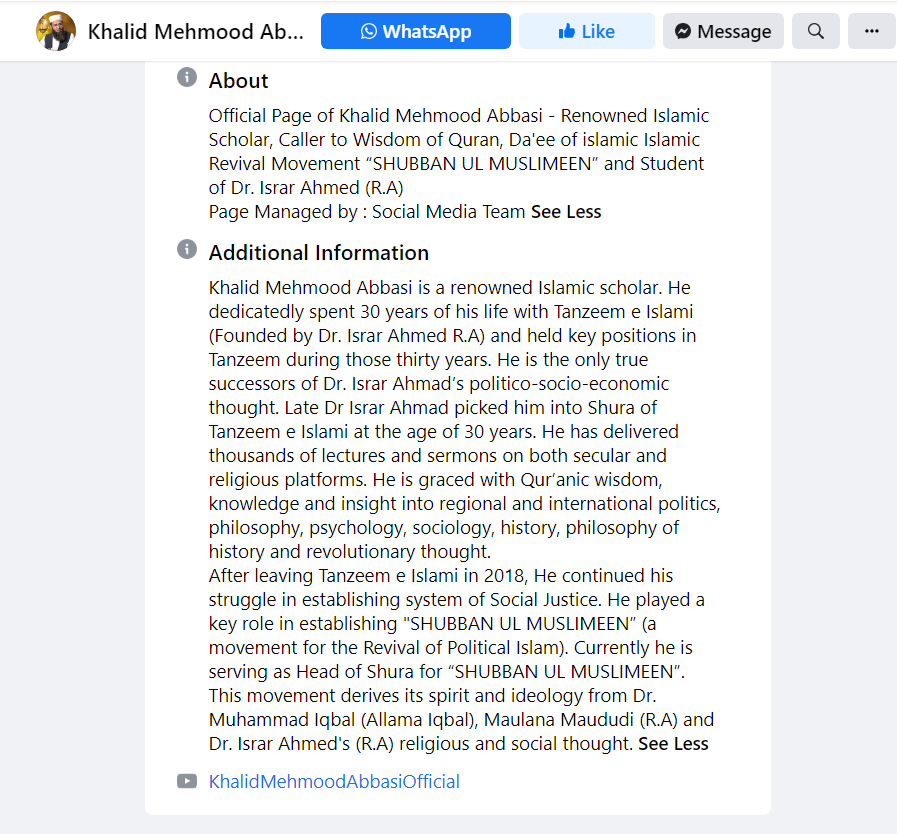 Further, we also searched the web but could not find any information in which there is mention of any Chief Secretary of the Taliban. According to reports, Zabiullah Mujahid is the current spokesman of the Taliban. On September 7, the Taliban announced a 33-member interim government list, but Khalid Mehmood Abbasi’s name did not figure in the list.

Thus, it is evident from the above information that the person talking about the RSS and BJP in the viral video is not Taliban Chief Secretary but an Islamic scholar from Pakistan by the name of Khalid Mahmood Abbasi. Therefore, the viral claim is misleading.