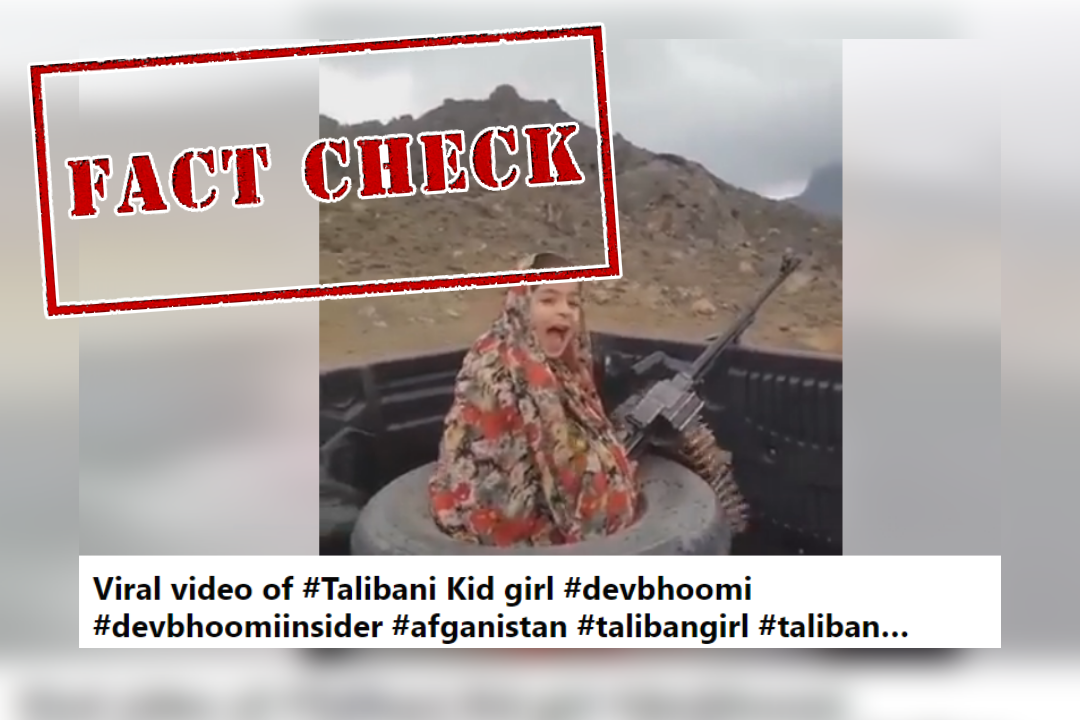 A video of a little girl firing bullets from a machine gun has gone viral on social media with a claim that the girl taking up the weapon against the Taliban in Afghanistan.

Afghanistan has been in a state of turmoil since Taliban seized power in the country in August 2021.

The video is being shared on Facebook with a caption that reads, “Viral video of #Talibani Kid girl.” 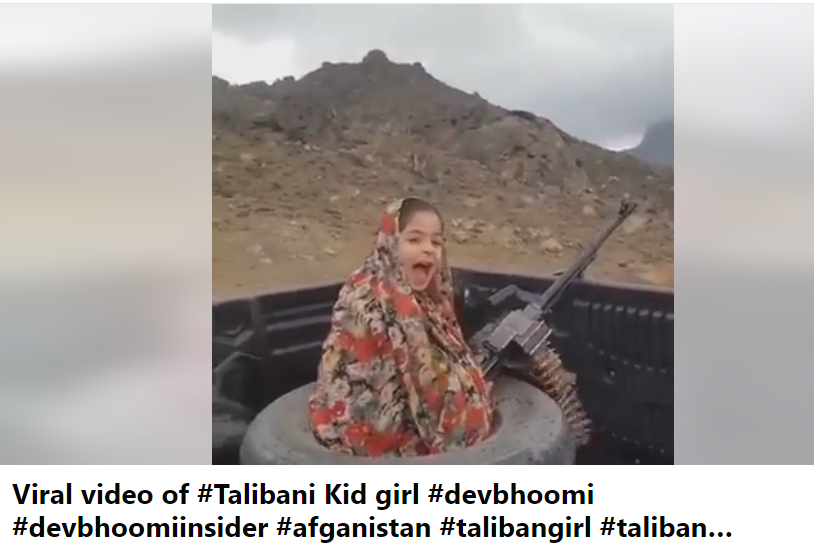 Hindi news channel Zee Hindustan also tweeted the same video of the little girl in a hijab with the weapon and said that children of Panjshir valley had picked up arms against the Taliban.

Doing a Reverse Image Search of keyframes from the video directed us to a Facebook page that carried the same viral video with a caption that reads, “Angel baby with a dangerous weapon. Self Defence is 1st demand.” The video was uploaded on January 30, 2020.

Searching further, we found the same viral video uploaded on Twitter on January 28, 2020, with a caption that translates to, “Honor us, O God: with his happiness, do not leave the details of our lives. 2000 years old.”

We could also trace the viral video uploaded on YouTube on January 26, 2020, with a caption, “Small Baloch Girl who firing with Machine Gun.”

Although NewsMobile independently could not verify the location of the video, it is evident from the above information that the viral video is old. Therefore, the viral claim is misleading.