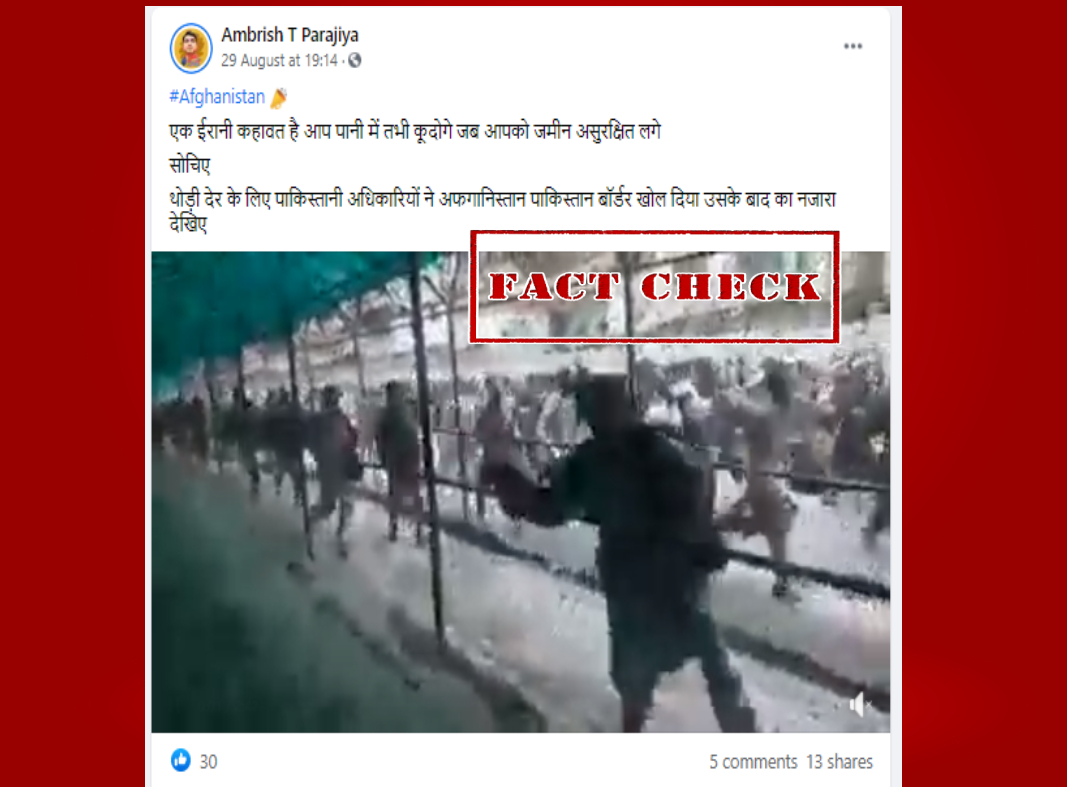 Taliban took over Afghanistan’s capital Kabul on August 15, 2021. Following the takeover, hundreds of Afghan citizens have been making a desperate attempt to flee the country and are making a beeline to bordering countries including Pakistan, Tajikistan and Iran.

In this backdrop, a video is being shared on social media claiming to be of the gate between Afghanistan-Pakistan border where people are rushing from Afghanistan to crossover to Pakistan.

(English Translation: There is an Irani idiom, you will jump in water only when land looks unsafe. Just see when Pakistani administrators opened the Afghanistan-Pakistan border for some time what happened.) 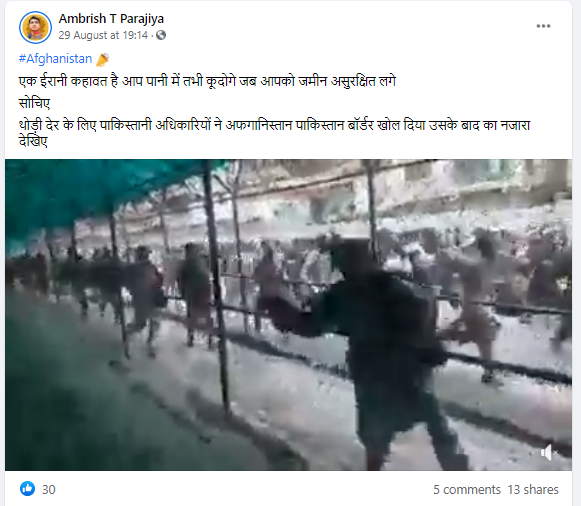 NewsMobile did a fact check and found the claim to be false.

On breaking down the video into multiple keyframes and doing a Google Reverse Image Search we found that the same image was uploaded on Daily Motion a year ago.

The video was shared with the title that reads, “Thousands rush across Pakistan-Afghanistan border after officials lift Covid-19 restrictions.” The caption of the video mentioned that the video was from the Torkham border crossing near the Khyber Pass which showed a large crowd of Afghans trying to run and bypass official attempts to check paperwork and enforce quarantine rules.

Also, on searching for Torkham border, we found an image of the same that was published by Pakistan-based news organisation Geo TV. We compared a screenshot of the viral video with the Torkham border gate as shown on the website of Geo TV and found them to be the same. 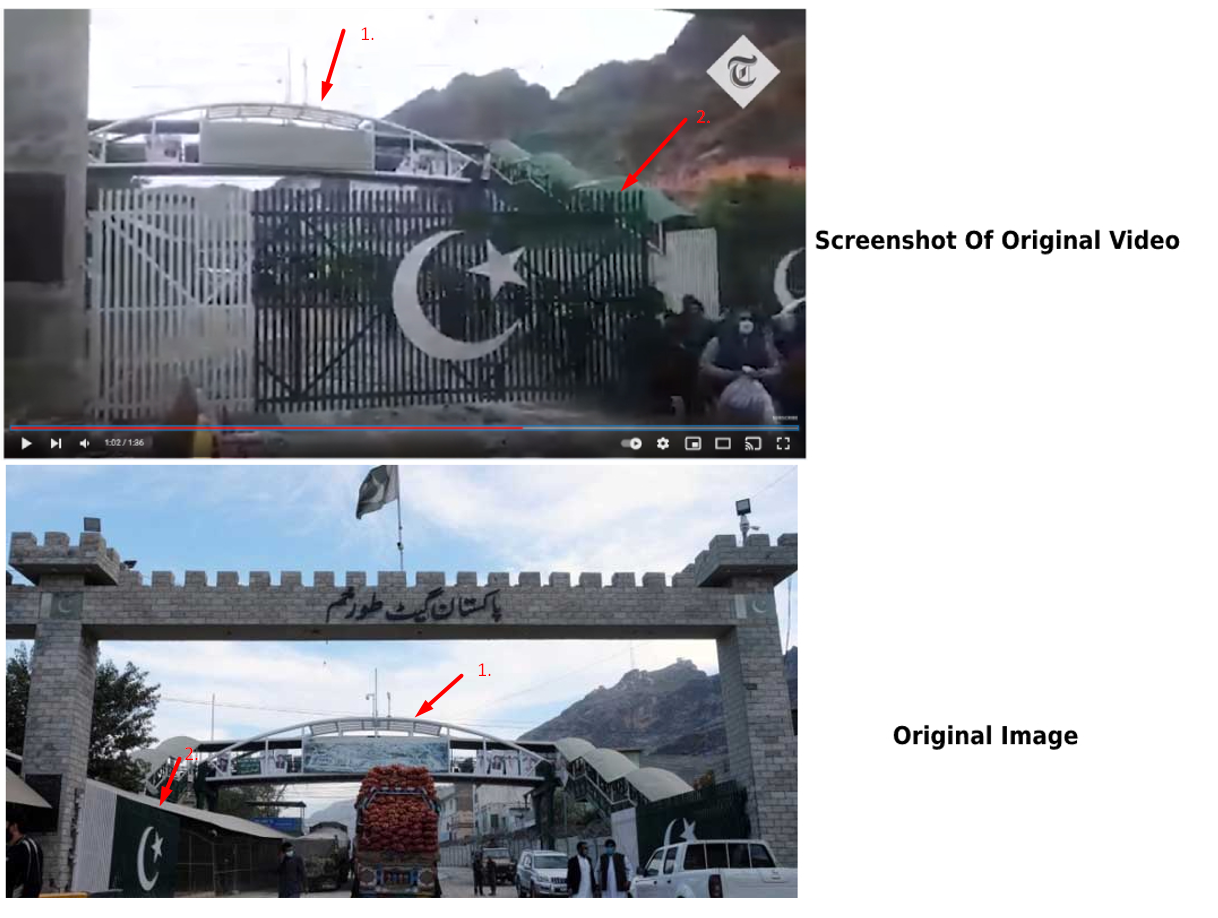 We also found that United Nations Assistance Mission In Afghanistan had published a hyperlink with the title that reads, ‘Thousands rush across Pakistan-Afghanistan border after officials lift Covid-19 restrictions‘, on clicking the hyperlink it led to the YouTube channel of The Telegraph, where the same video was published on April 8, 2020. The video also spoke about thousands Afghans rushing across Pakistan-Afghanistan border after  COVID-19 restrictions were lifted.

Hence, we can confirm that the viral image is old and does not show Afghans fleeing Afghanistan after Taliban takeover.