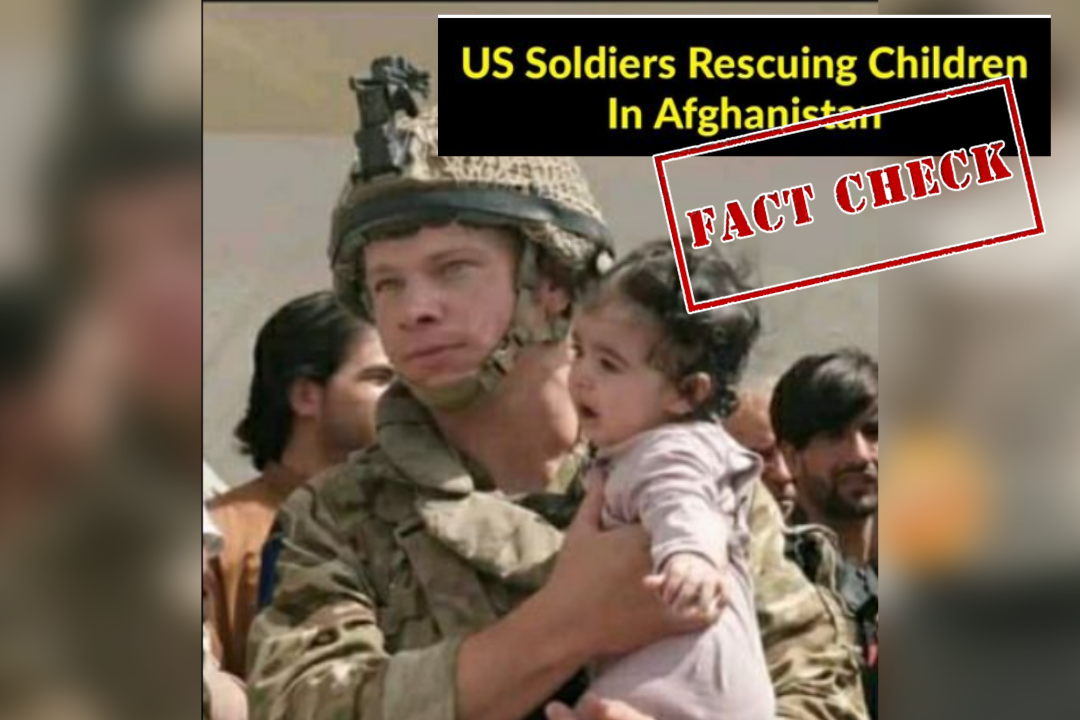 After a video of a baby being handed over to a soldier leaning over razor wire fence at the Kabul airport went viral, an image showing a soldier holding a baby is doing rounds on social media with a claim that it is of a US soldier rescuing a baby in Afghanistan.

The image is being shared on Facebook with a text that reads, “US soldier rescuing a baby in Afghanistan. Picture of the day” 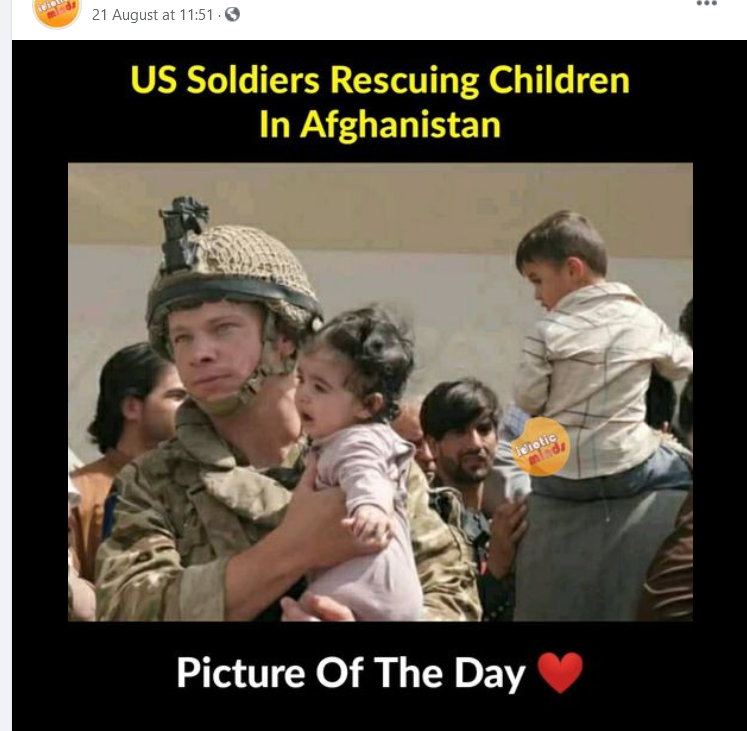 We found that multiple users have commented on similar posts stating the picture shows a British soldier and not an American soldier. 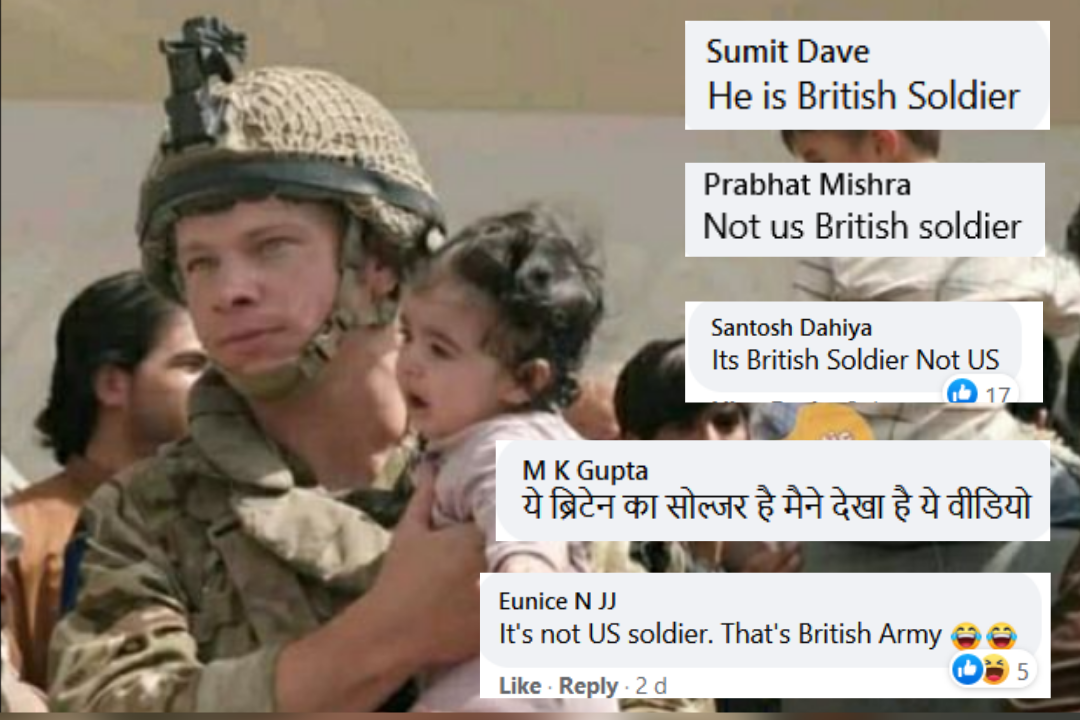 With that information, we did a Reverse Image Search and found a report on a UK based website of The Guardian newspaper carrying the same image. The headline of the report read, ‘Afghans face catastrophe without urgent aid, UN warns’. 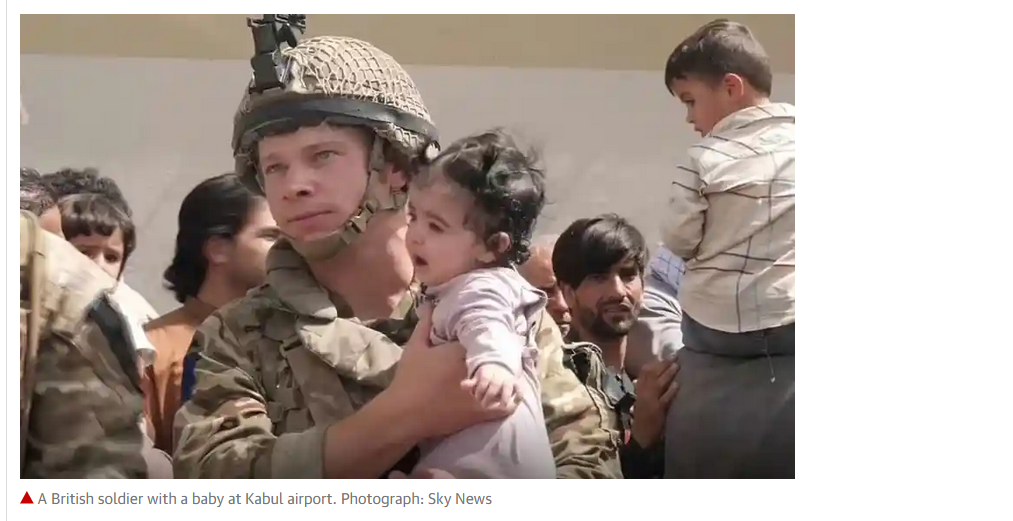 The caption of the image read, “A British soldier with a baby at Kabul airport. Photograph: Sky News”.

The picture was attributed to Sky News. We found the same picture on the Sky News website as well. “Afghanistan: Pictures of British troops and the Taliban at Kabul airport”, the headline of the report read. 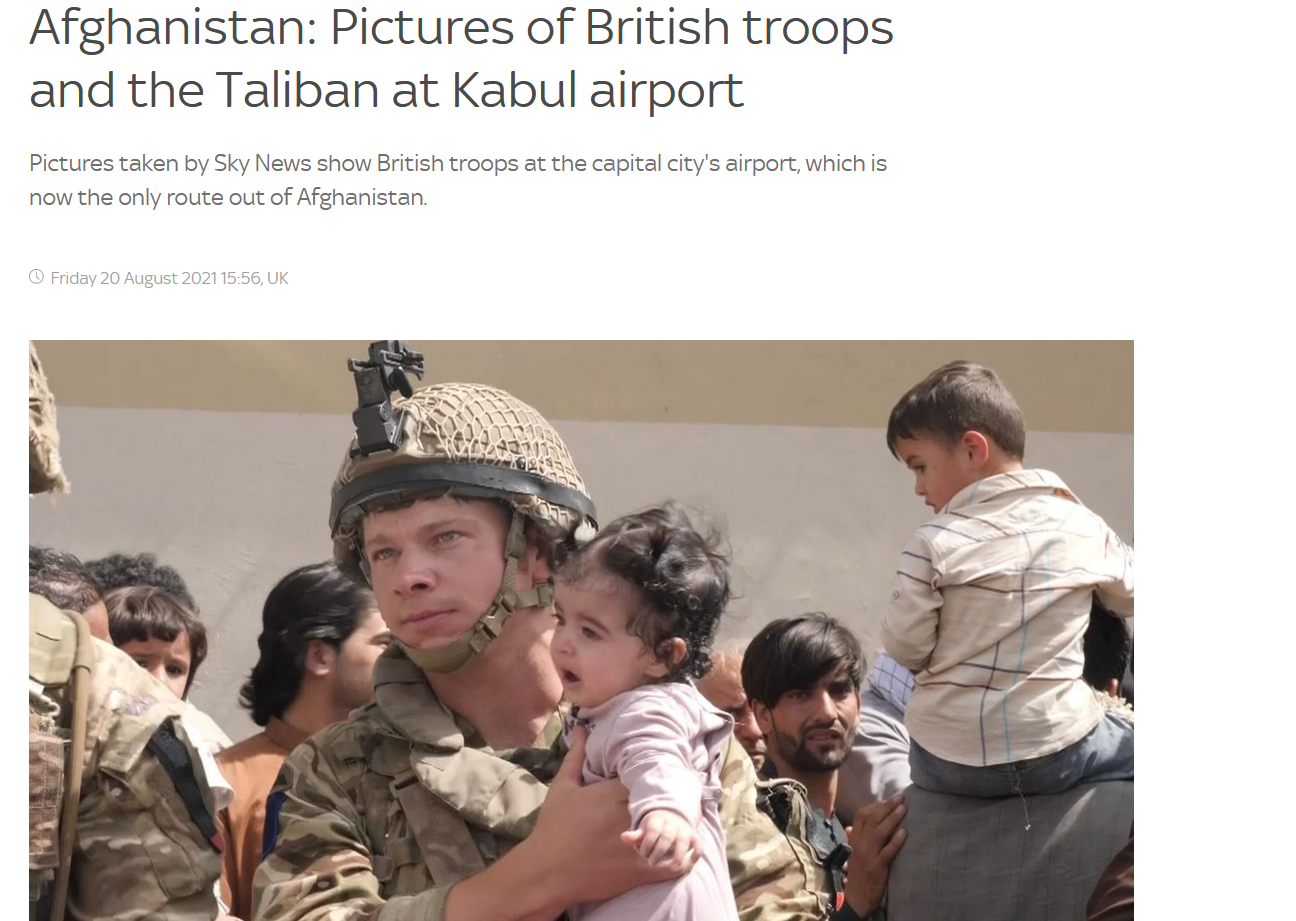 As per reports, the picture was part of a sequence filmed by Sky News cameraperson Toby Nash at Kabul airport.

Later, the Sky News team met the corporal who explained the incident. “The baby got passed over, to the side over the razor wire. First came the baby and then came the mum and the pram, but she was on her own,” he said.

Thus, it is evident that the picture shows a British soldier and not an American soldier.