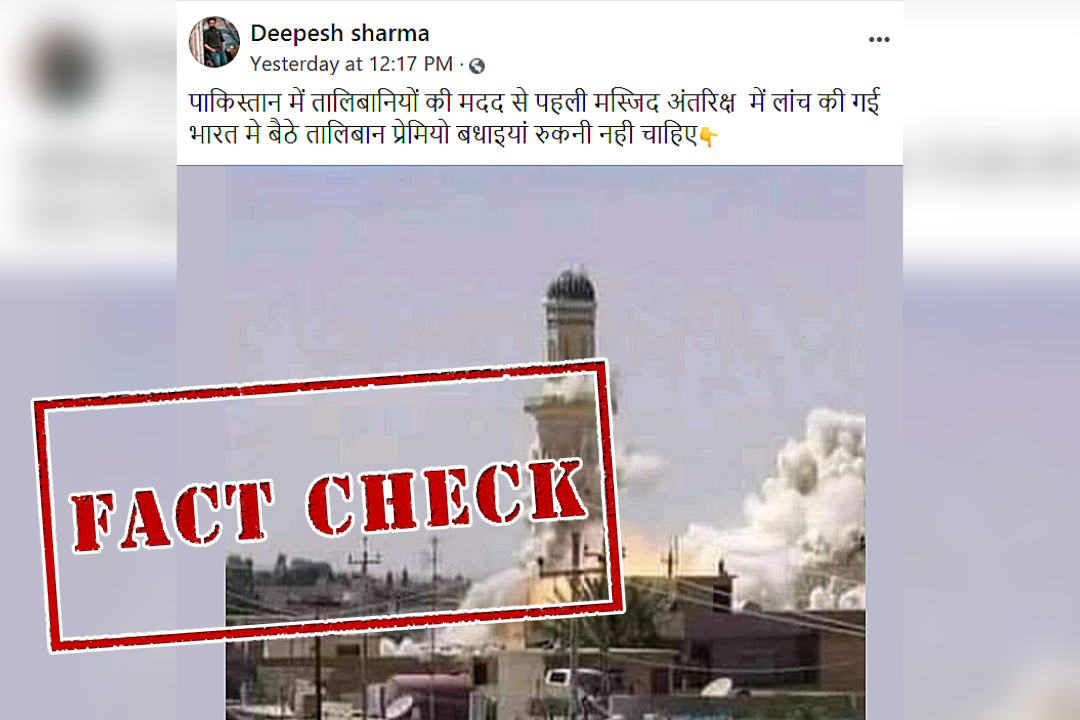 An image in which smoke is billowing out of a minaret with a dome of a building is being shared on social media with a claim that a mosque in Pakistan that has been blown up by the Taliban.

The image is being shared on Facebook with a caption in Hindi that translates to, “With the help of Talibanis in Pakistan, the first mosque was launched in space. Congratulations to Taliban lovers sitting in India should not stop.” 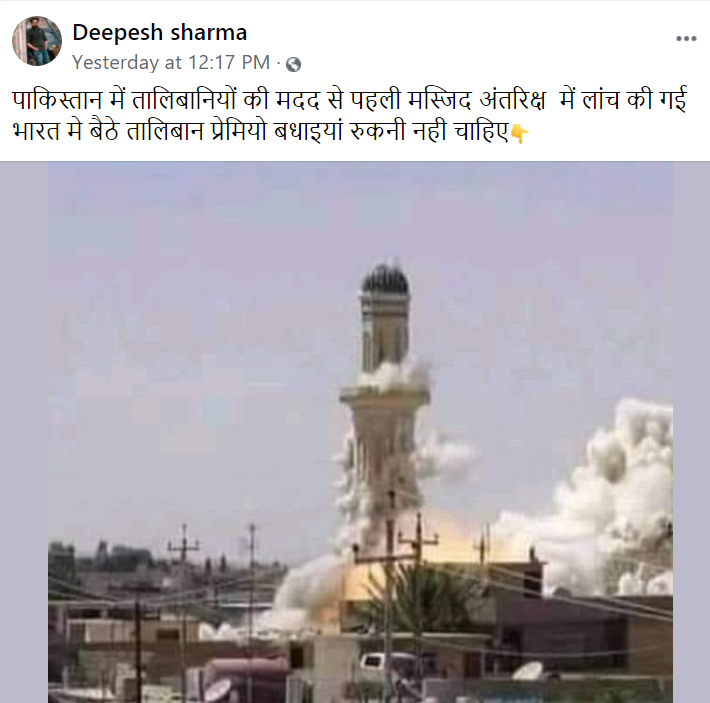 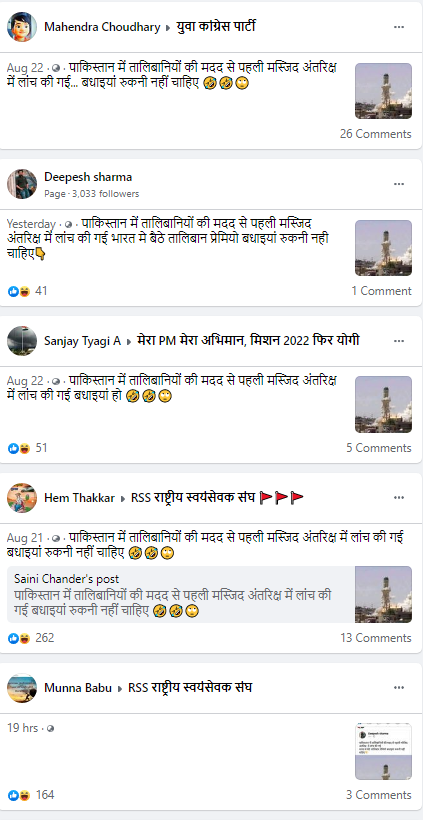 Doing a simple Reverse Image Search directed us to many news articles published in 2014 that carried the viral image. According to one of the articles, the image shows Shia shrines blown up by ISIS in Iraq. 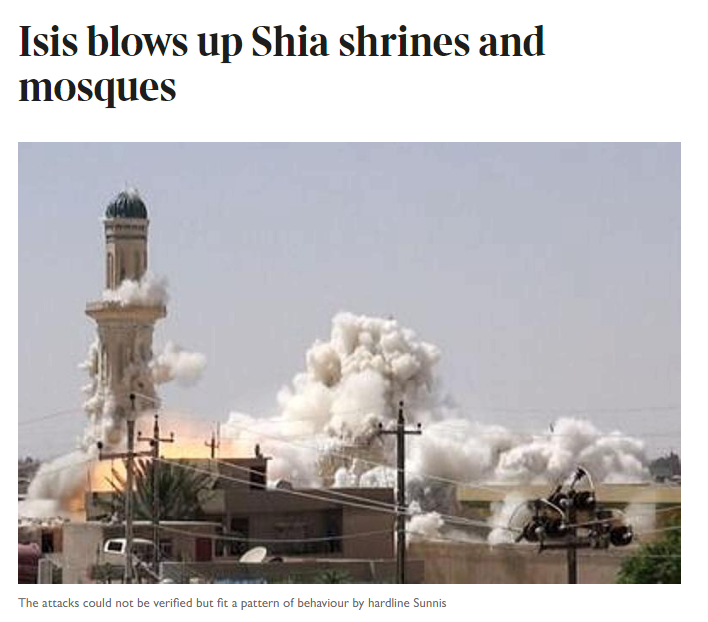 Another article published on July 7, 2014, states, “A series of images have emerged which show the destruction of almost a dozen ancient shrines and Shia mosques in ISIS-controlled territory in western Iraq.” This article also carried the viral image. 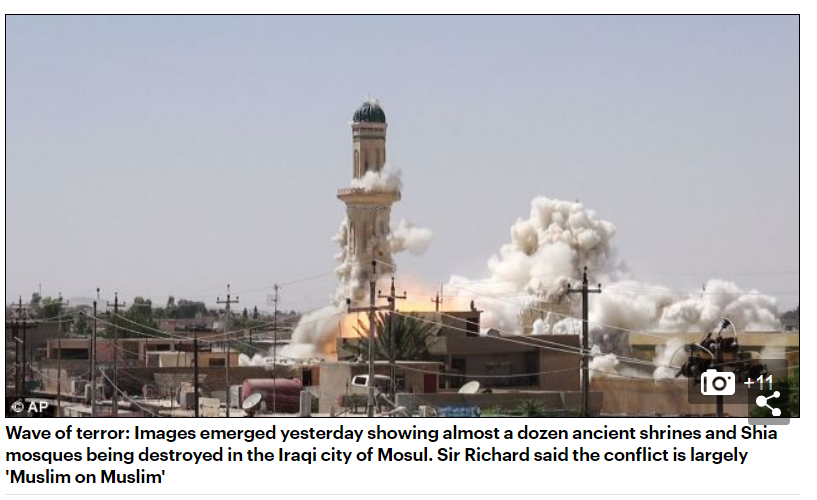 According to Huffingtonpost, the image is of “Shiite’s Al-Qubba Husseiniya mosque which was exploded in Mosul, Iraq” by the ISIS group. 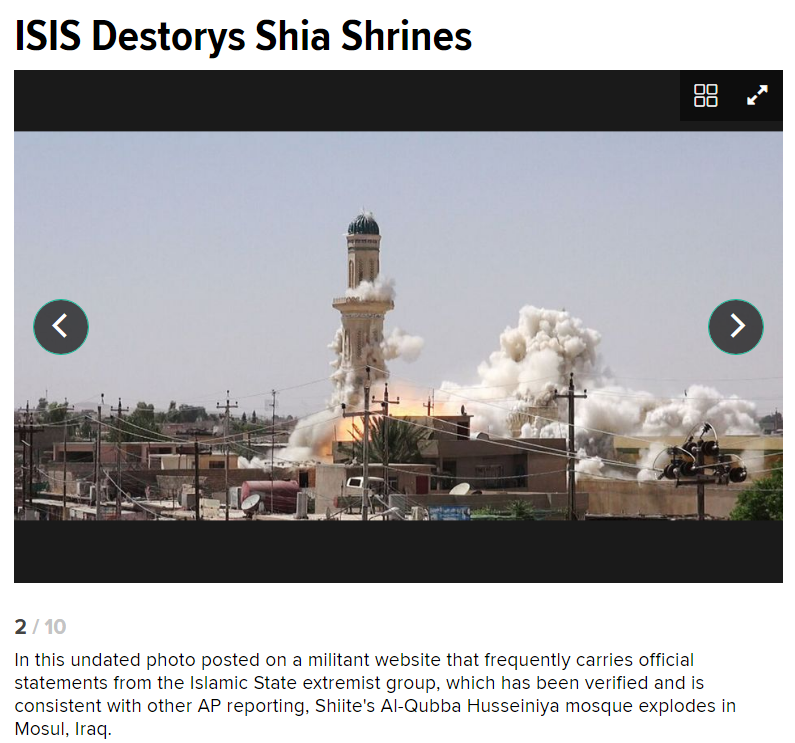 Thus, it is evident from the above information that an old image from Iraq is being shared as that of a mosque being blown up by the Taliban in Pakistan. Therefore, the viral claim is misleading.