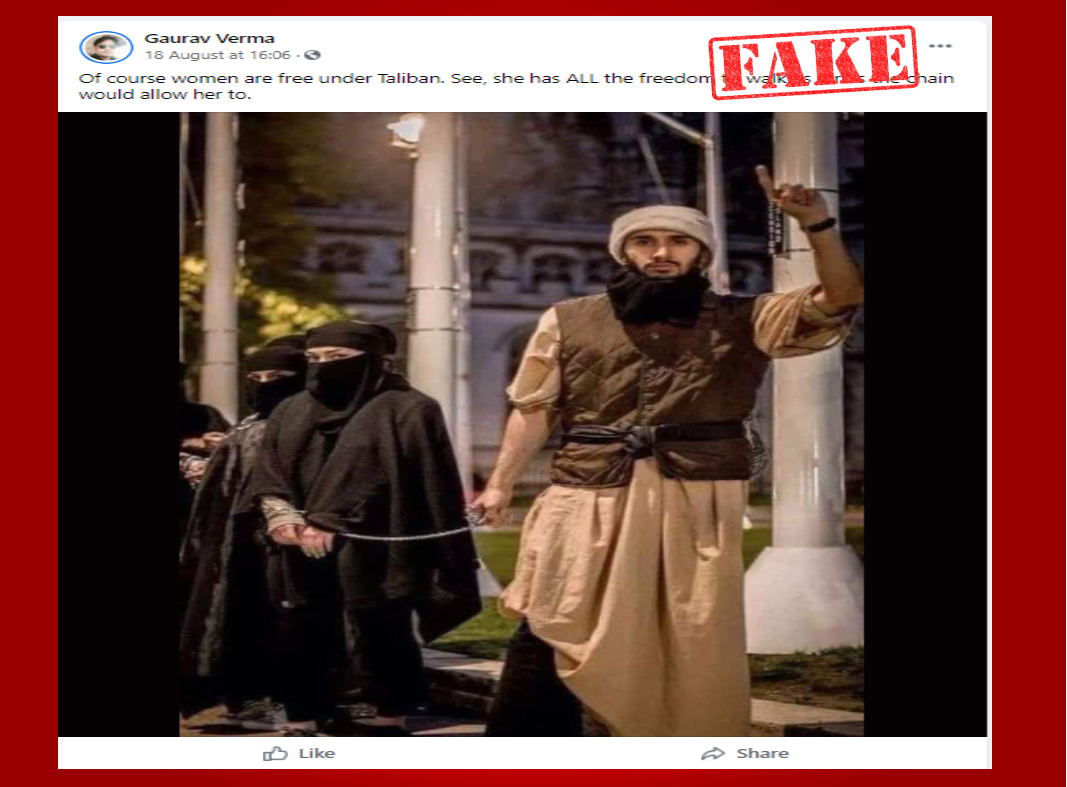 An image is being widely shared on social media in which a burqa-clad woman can be seen chained to a man. The image claims to depict the recent state of women in Afghanistan post takeover by Taliban.

The image is being shared with a caption that reads, “Of course women are free under Taliban. See, she has ALL the freedom to walk as far as the chain would allow her to.” 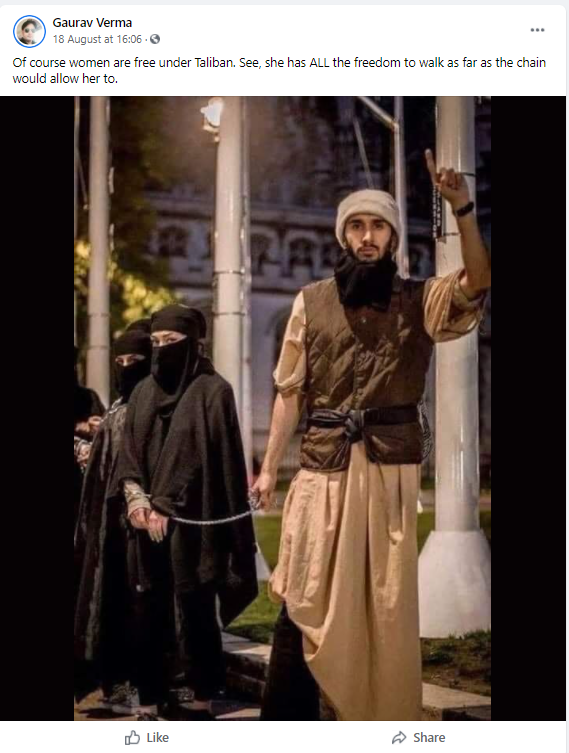 On doing a Reverse Image Search, we found that the same photograph had been published on a website, Khorafe, on February 5, 2015, where it was mentioned that Yazidi women are sold as sex slaves by ISIS. 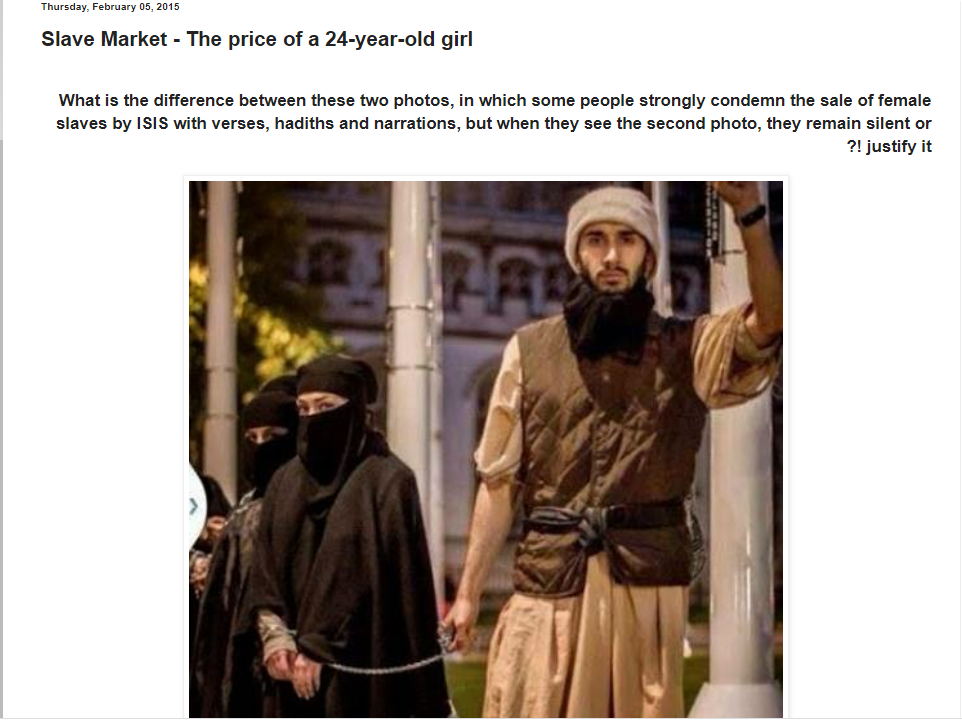 We also found that that the same image was the thumbnail image of a video uploaded on Vimeo, on June 28, 2021. 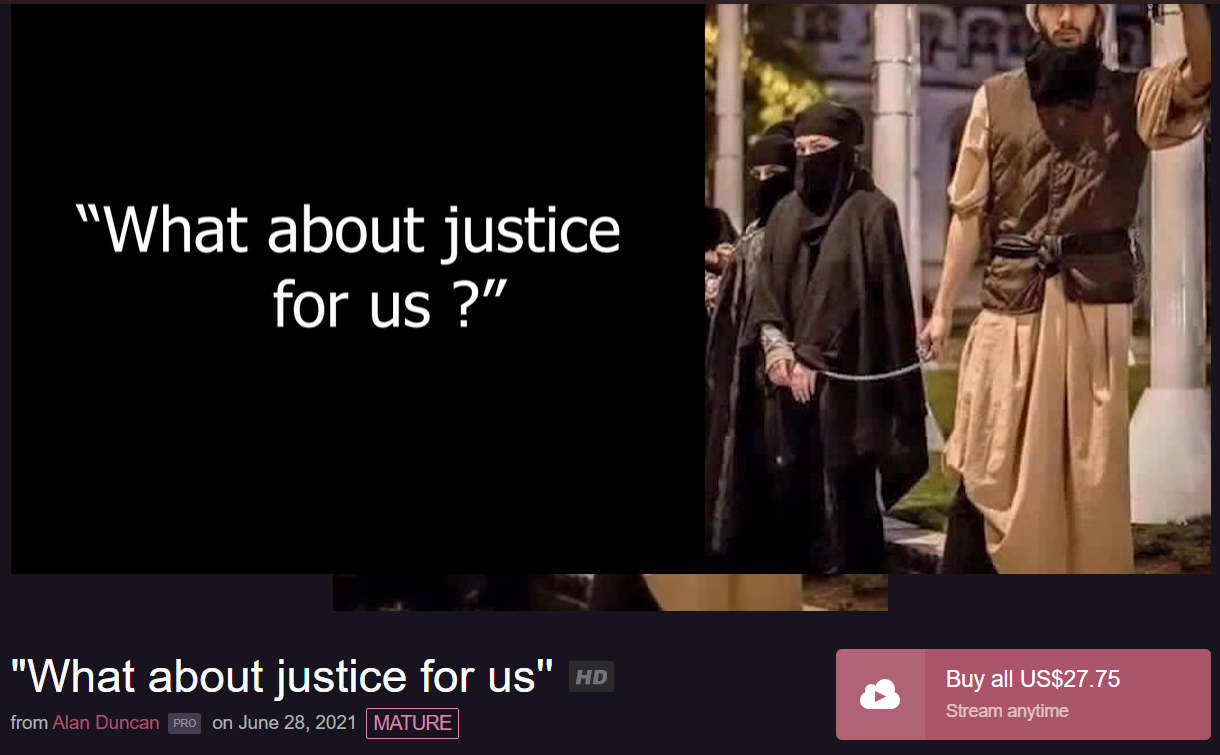 We also searched further and found that Alan Duncan had also tweeted the same photo on July 3, 2021, with the caption that read, “Part 1 of 3 out now The documentary they tried to stop and silence A Yazidi we rescued from isis said to me “what about justice for us?” Now the MSM is trying to drip feed that isis women are victims. They are perpetrators, not victims, they were involved in the slavery of isis.”

We also spoke to Alan Duncan to know if the photo is of a real incident or a staged one. He replied that the image is real and shows a Yazidi woman who was held as a sex slave by ISIS. Duncan replied, “It’s a real image. I’m not sure the location, possible Mosul, Iraq. We rescue a Yazidi from ISIS.”

Hence, from the above information, it is clear that it is an old image and the claim attached to the picture is false.