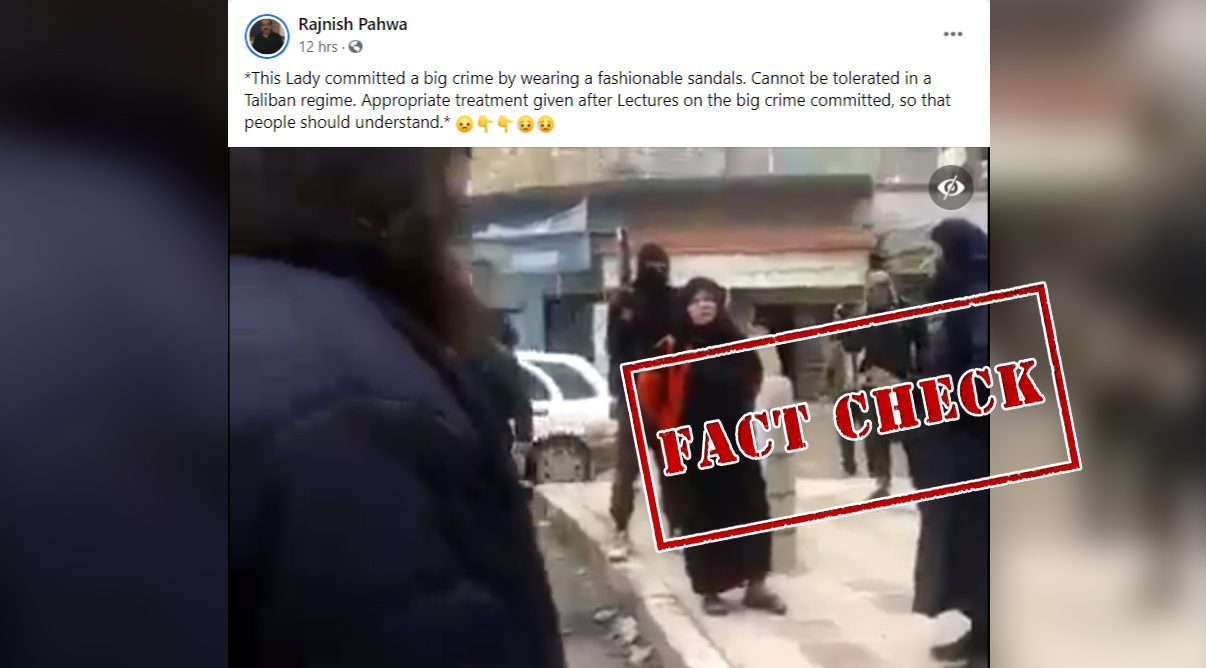 A video of a woman being publicly executed by a few armed men is doing rounds on social media claiming that the video is from Afghanistan.

The video is being shared on Facebook with the caption, “This Lady committed a big crime by wearing a fashionable sandals. Cannot be tolerated in a Taliban regime. Appropriate treatment given after Lectures on the big crime committed, so that people should understand.” 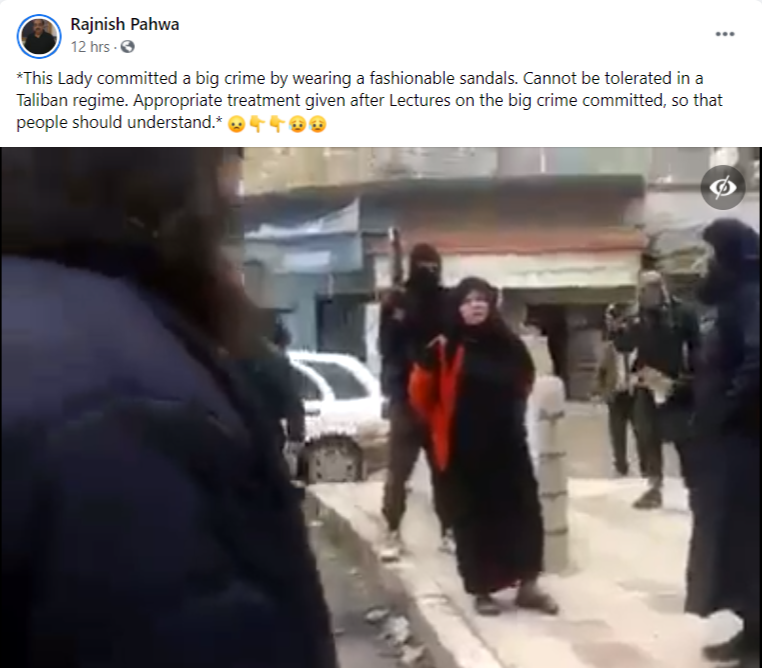 We ran extracted keyframes of the video through Reverse Image Search along with some keywords. The search led us to multiple media reports from 2015 which covered the same incident.

According to a report by The Independent dated January 17, 2015, the video shows terrorist organisation Al-Qaeda publicly executing a woman accused of adultery. 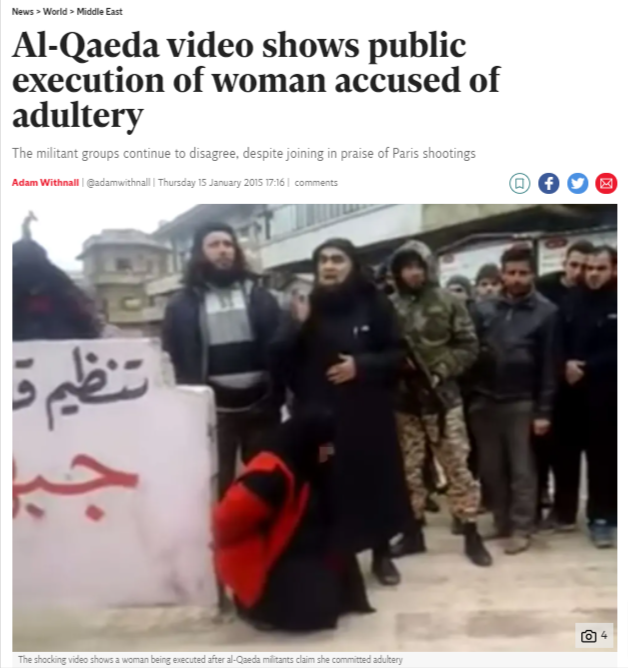 According to a Vice report, the footage showed ‘suspected masked members of al Nusra Front, the Syrian arm of al Qaeda.’ The report also mentioned that the video was posted by a local activist group ‘Raqqa is Being Slaughtered Silently’.

We also found the same report on the website of ‘Raqqa is being Slaughtered Silently‘ dated January 13, 2015. “Video Jabhat al-Nusra Executed a Woman For adultery 13/01/2015,” the headline read. 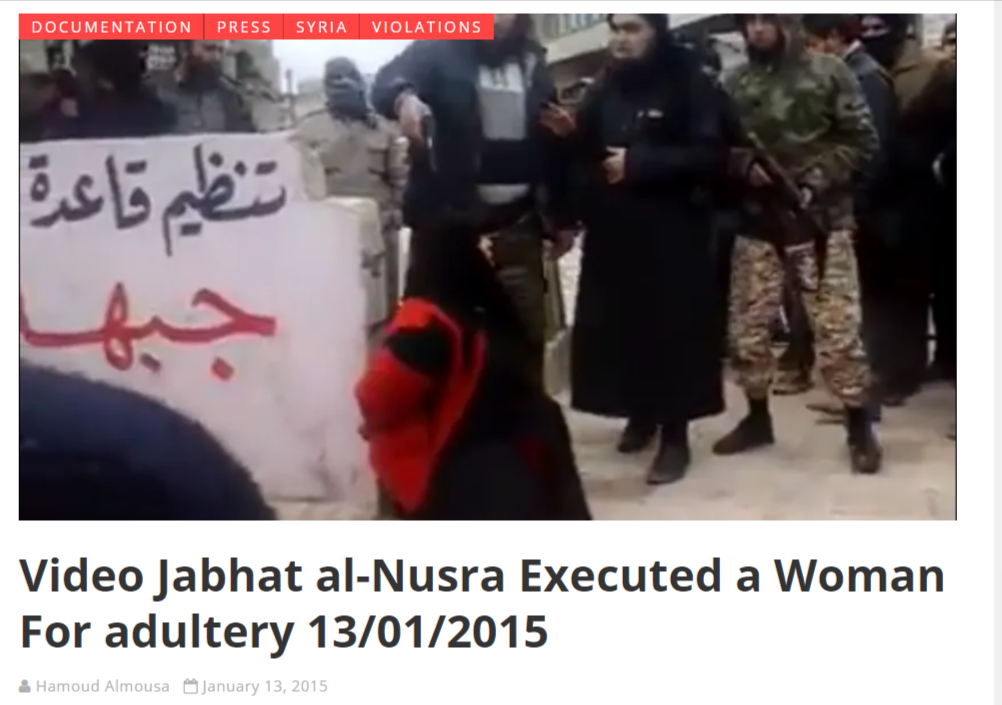 Hence, from the above information, it is clear that the video is old and not from Afghanistan.

However, with the Taliban back in power, women in Afghanisthan are fearing for their safety and rights. Even though Taliban has assured that this time their rule will be different and that women would be given rights ‘within the bounds of Islamic law’, though some recent incidents of violence towards women suggest otherwise.