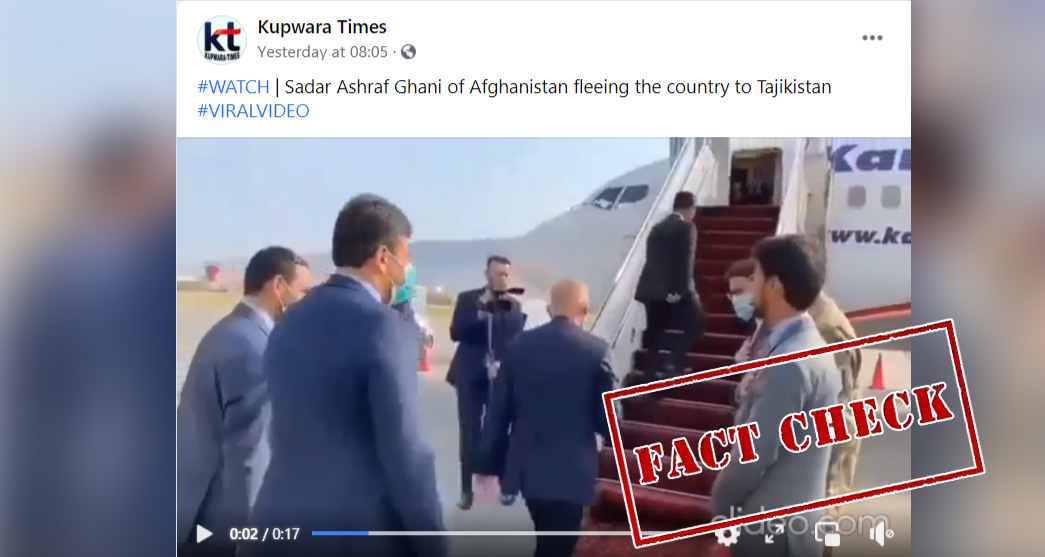 A video of former Afghan President Ashraf Ghani boarding a plane is doing rounds on social media with a claim that the video shows him fleeing the country as the Taliban took control over the capital Kabul on August 15, 2021. 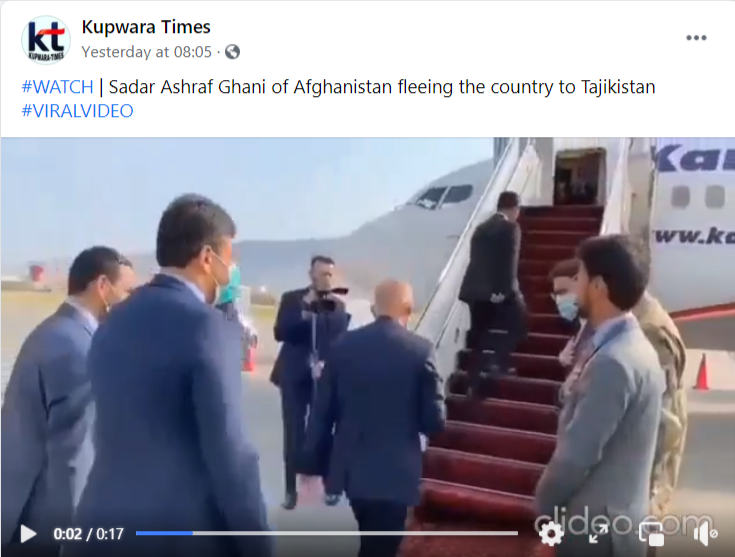 NewsMobile fact-checked the post and found the video to be old.

A simple Reverse Image search on the keyframes of the video led us to the same video which was uploaded on YouTube on July 15, 2021. “Afghanistan President Ashraf Ghani is on a two-day official visit to Uzbekistan,” the video title read.

Based on this, we ran a keyword search and found multiple reports from July 2021 stating that President Ghani attended an international summit in Uzbekistan.

Newswire ANI also uploaded a video of the Central-South Asia conference that took place in Uzbekistan in July 2021. In the video, Ghani can be seen along with other world leaders.

We also found a report by The Economic Times dated July 15, 2021, stating that External Affairs Minister S Jaishankar also met Ashraf Ghani in Tashkent (capital of Uzbekistan) and discussed the situation in Afghanistan.

This proves that the viral video in circulation is old.

“Taliban have won the judgement of sword and guns and now they are responsible for protecting the countrymen’s honour, wealth and self-esteem,” Ashraf Ghani said in his statement.

The viral video however is being falsely linked to his escape from Afghanistan.