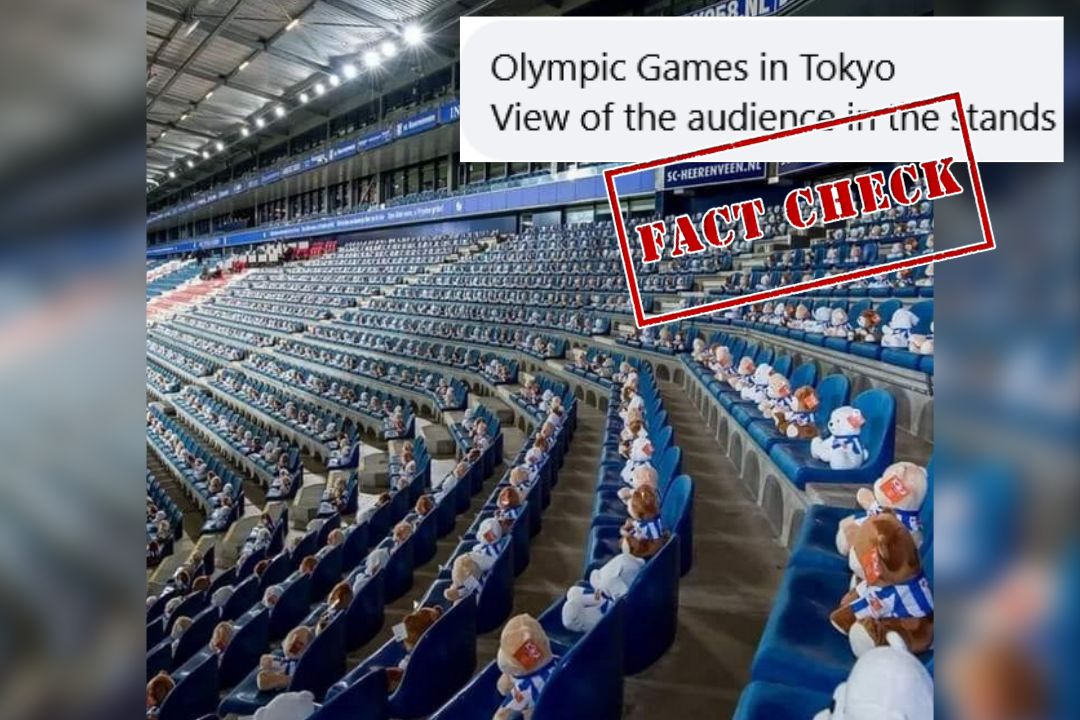 A picture of a stadium filled with teddy bears in the audience stands is being widely shared on social media with a claim that it was taken during the ongoing Tokyo Olympics.

The caption of the post in Thai can be translated to: “Olympic Games in Tokyo view of the audience in the stands.” 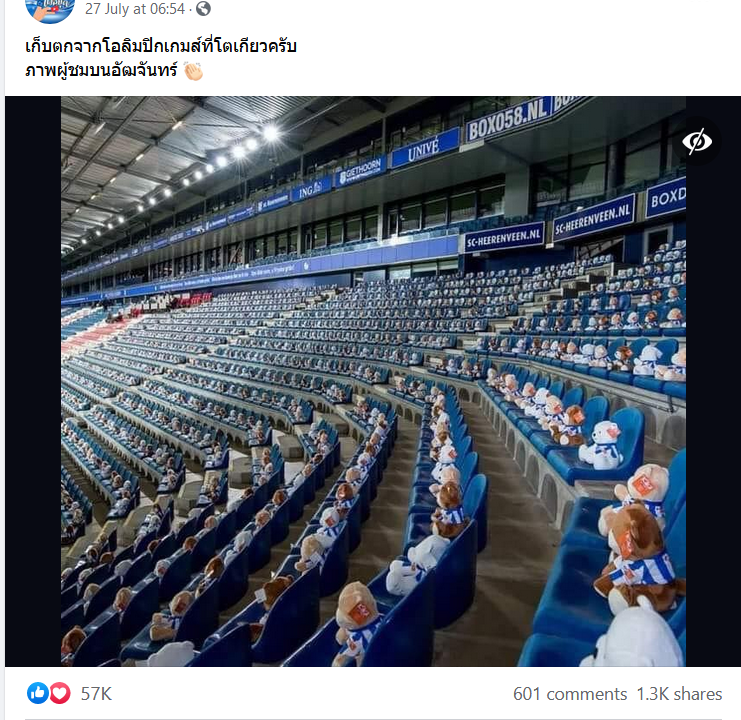 Similar posts can be seen here, here and here.

NewsMobile fact-checked the picture and found out that the picture is old and the claim is fake.

On putting the picture through Reverse Image Search, we found the picture on the stock image website, Getty Images dated October 24, 2020. The caption mentioned that the picture was taken in Heerenveen, the Netherlands. 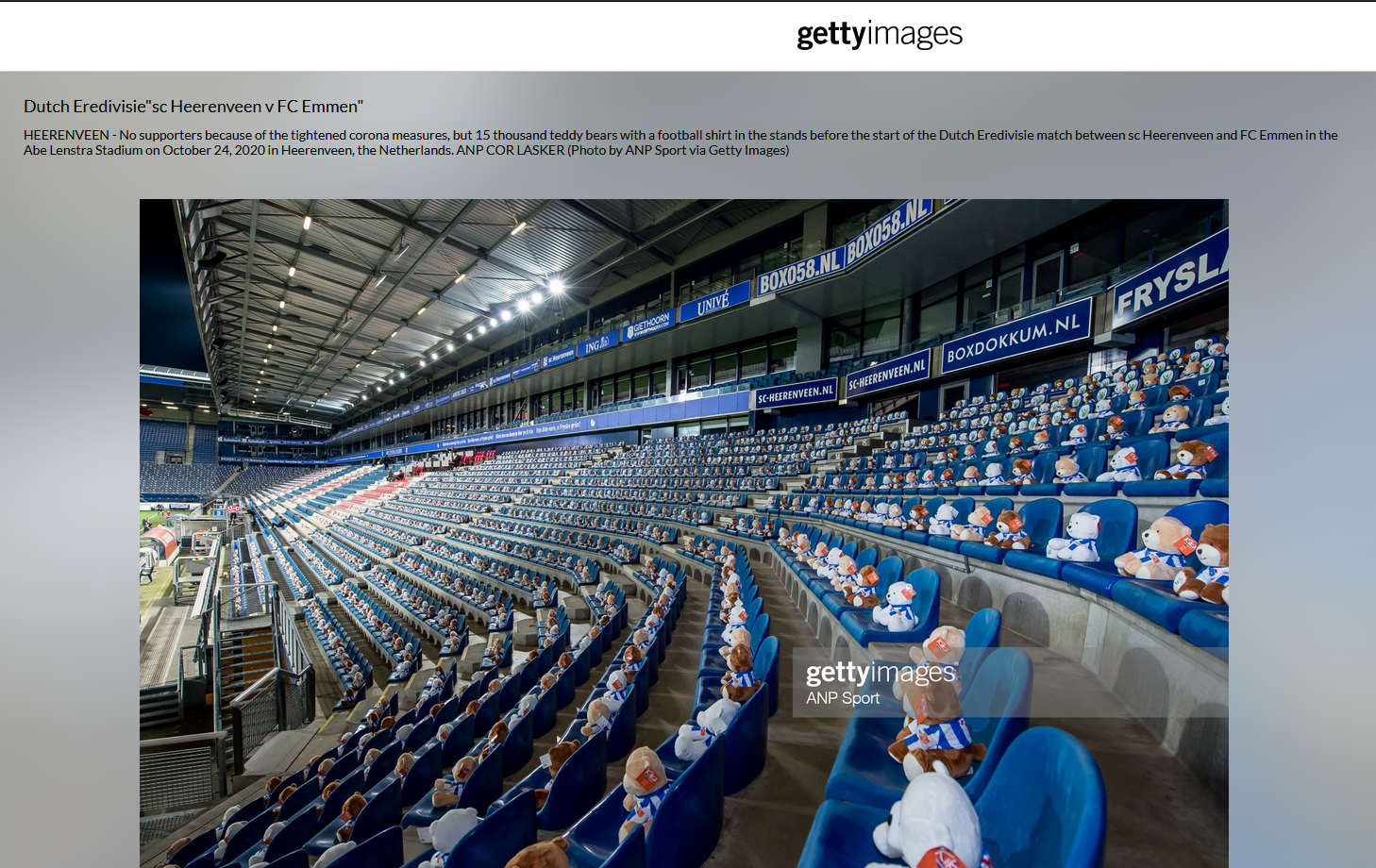 “HEERENVEEN – No supporters because of the tightened corona measures, but 15 thousand teddy bears with a football shirt in the stands before the start of the Dutch Eredivisie match between SC Heerenveen and FC Emmen in the Abe Lenstra Stadium on October 24, 2020, in Heerenveen, the Netherlands,” the description of the picture read.

We found the picture of the stadium taken from a different angle in a report by Republic World published in October 2020. The headline of the report read, “Eredivisie’s Heerenveen Fill Stadium With Teddy Bears In Support Of Children With Cancer.” As per the report, the SC Heerenveen football club decided to place teddy bears in the stadium in solidarity with children diagnosed with cancer in the Netherlands. Notably, all of the 15,000 teddy bears were sold and revenue estimated at €230,000 was collected, providing a major boost in the fight against cancer.

More reports covering the event can be read here, here and here.

We found a picture of the event on the SC Heerenveen club’s Twitter handle as well. The tweet was published in October 2020.

The above investigation proves that the picture is old and was NOT taken during Tokyo Olympics 2020.