A video in which a long queue of vehicles in a valley can be seen has gone viral on social media. It is being claimed that this traffic jam is from Himachal Pradesh. While sharing the video, tourists are being advised to avoid going to Himachal Pradesh.

The post is shared on Facebook with a caption in Punjabi that translates to, “Avoid going to Himachal… If you don’t believe then watch this video.” 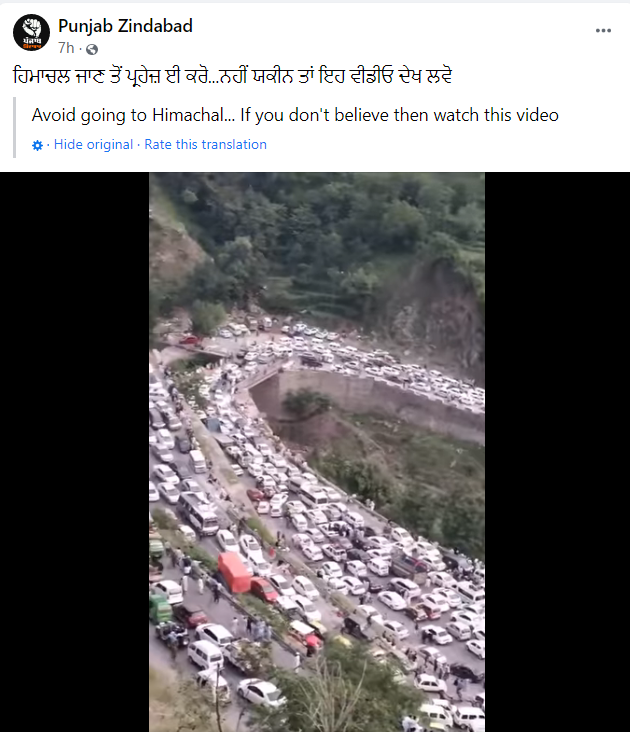 Starting with our investigation, we searched the web with relevant keywords and found a video report uploaded on the official YouTube channel of NDTV on June 14, 2021, in which long traffic jams can be seen. However, this video is completely different from the viral video circulating on social media.

According to reports, “As soon as Himachal Pradesh announced that COVID-19 RT-PCR negative tests are no longer required to enter the state, hundreds of cars were seen on the road leading to the state, causing massive congestion and bringing traffic to a standstill in the hills.”

Next, we extracted keyframes from the viral video and found a screengrab of the viral video in a report published on a Pakistani news website. The article was published on July 25, 2021. The headline of the article reads, “Thousands of tourists in trouble at Kaghan Valley.”  A similar article can be seen here. 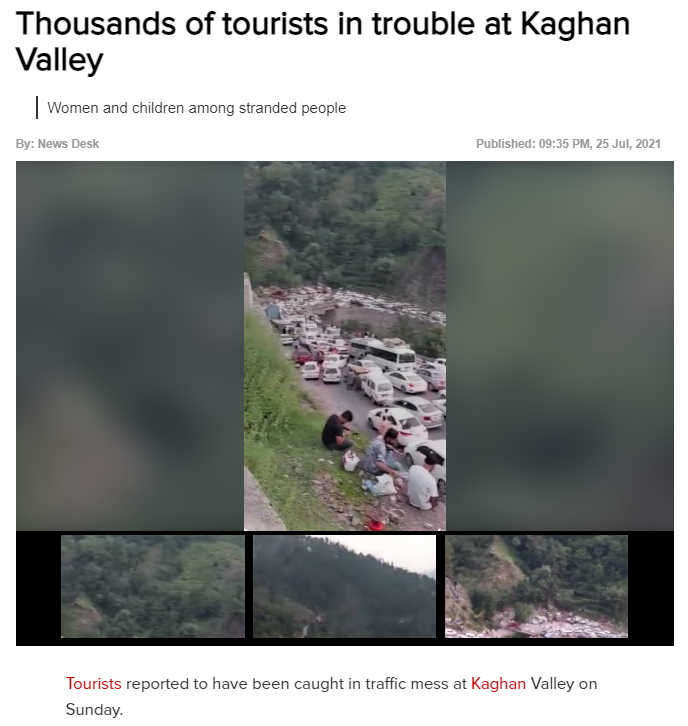 Taking a cue from this, we found the same video uploaded on a Pakistan-based news channel on YouTube on July 26, 2021. The video title reads, “Roads blocked, hotels full, tourist stuck on roads towards Kaghan Valley, Pakistan.”

Many other articles that reported the same can be seen here and here. According to the media reports, “Tourists have flocked to the Kaghan valley of Khyber Pakhtunkhwa’s Mansehra district in record numbers this Eidul Azha, with hundreds of thousands of vehicles choking the roads and causing traffic jams in the scenic tourist site.”

Searching further, we found a Facebook post by the Himachal Pradesh Police in which it was clarified that, “A fake post is doing rounds in social media wherein video and pictures are being circulated showing massive traffic jam in HP. The facts have been checked and verified. None of these pictures and videos belongs to Himachal Pradesh. TRAFFIC IS MOVING SMOOTHLY. Be informed before spreading fake news. It will attract legal action.”

Thus, it is evident from the above information that a video of a long traffic jam after Eid in  Pakistan has gone viral as being from Himachal Pradesh, India.