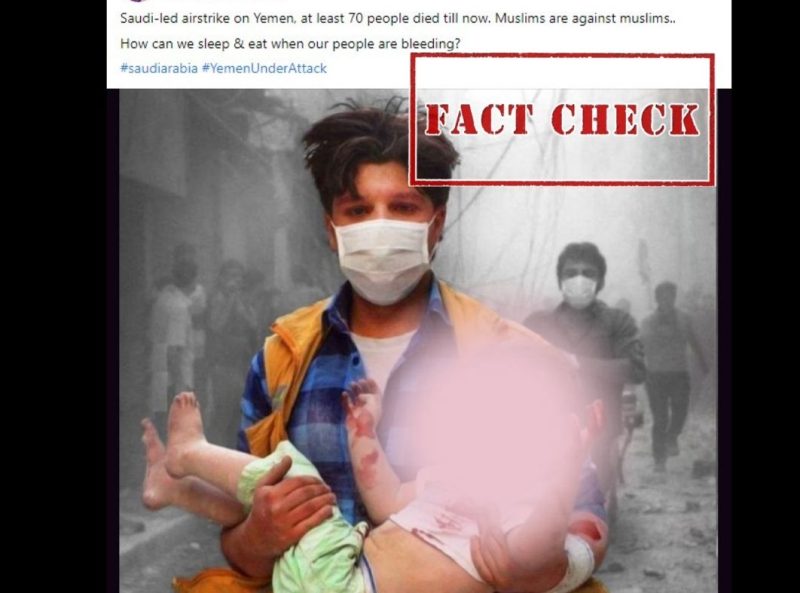 On January 21, 2022, a Saudi-led coalition carried out an airstrike on Yemen’s Sa’ada City Remand Prison killing at least 82 people and injuring 266. Following this, a disturbing image of a man carrying an injured baby has surfaced on social media with the claim that the picture is from Yemen.

A Facebook user shared the image with a caption, “Saudi-led airstrike on Yemen, at least 70 people died till now. Muslims are against Muslims. How can we sleep & eat when our people are bleeding? #saudiarabia #YemenUnderAttack.” 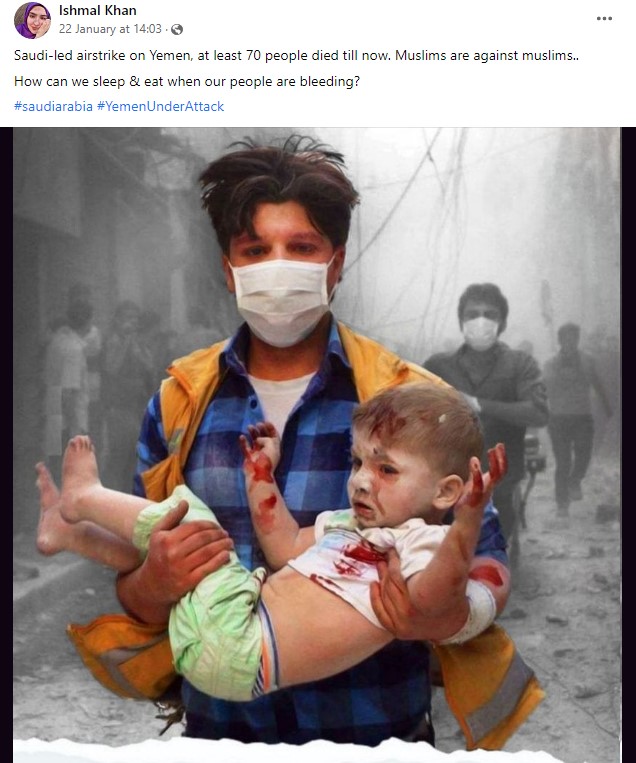 The same image is also doing rounds on Twitter with a similar claim.

NewsMobile fact-checked the viral image and found it to be shared with a misleading claim.

One performing Reverse Image Search, we found this image on the stock images website Getty Images. The image was posted on April 29, 2016, with the caption, “Man carries an injured child after regime helicopters target a medical center at opposition controlled Bustan el Kasr region of Aleppo, Syria on April 29, 2016. (Photo by Beha el Halebi/Anadolu Agency/Getty Images).” 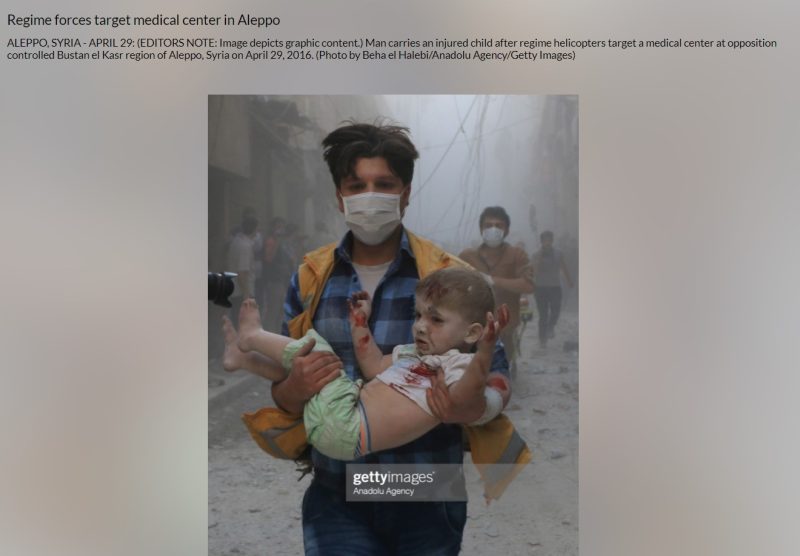 On checking further, we found multiple media reports on airstrike on a hospital in the Syrian city of Aleppo in April 2016. According to The New York Times, the Syrian Army and rebels unleashed deadly attacks on each other during which there were heavy casualties. At least 27 people, including three children and six staff members, were reportedly killed in the strike on the hospital.

Therefore, it can be concluded that an image from 2016 is being falsely linked to the ongoing conflict in Yemen.