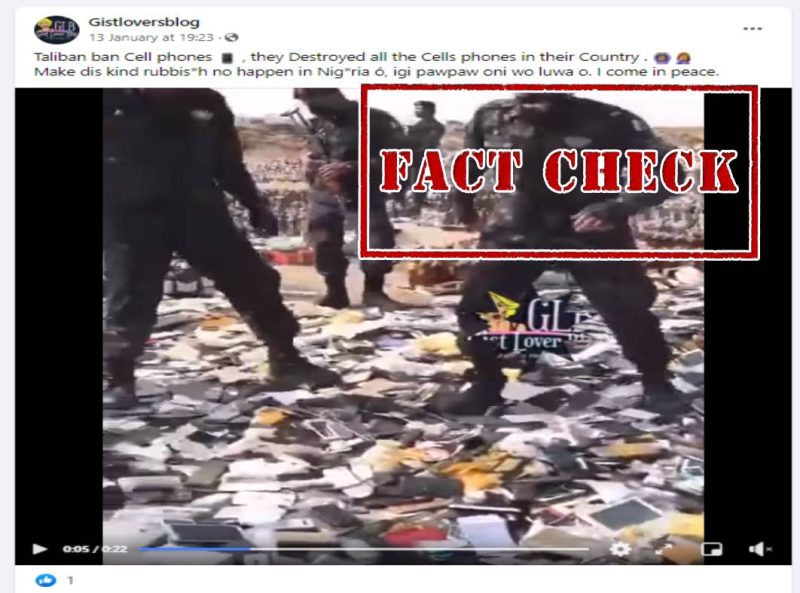 The video is shared with a caption, “Taliban ban Cell phones, they Destroyed all the Cells phones in their Country.” 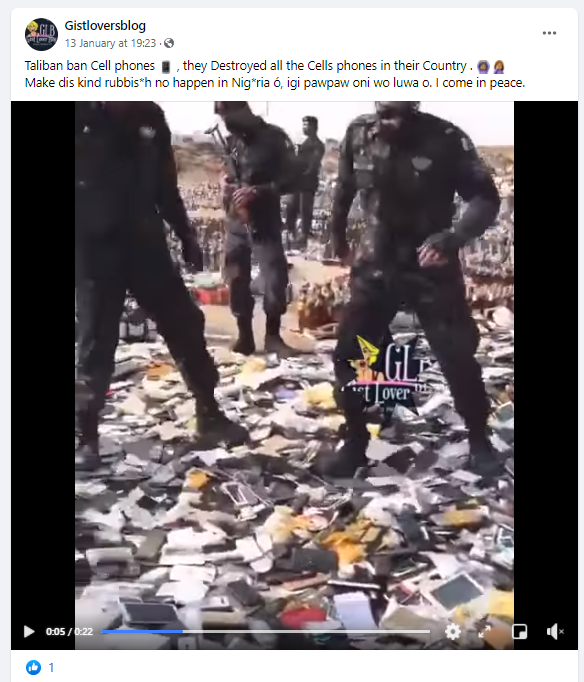 We segregated the video into multiple keyframes and did a Google Reverse Image search on the keyframes. After the search, we found that the same image was uploaded on YouTube by a channel called Dawn creator on January 5, 2022. The video was shared with a title that read, “Illegal Imported Mobiles Destroyed By Pakistan Army #Shorts.” 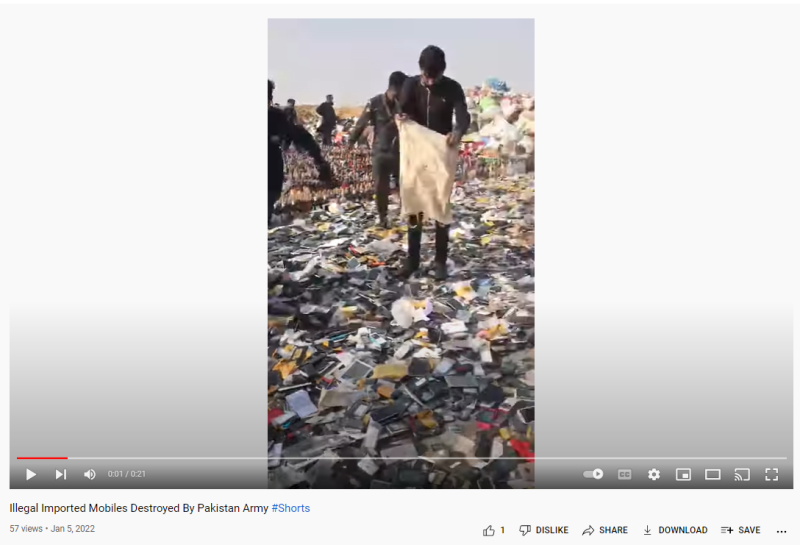 Taking a hint, we searched with appropriate keywords and found that a similar video was uploaded by Jasarat News on December 30, 2021, with the description that read, “At the end of the year, a function was organized by Pakistan Customs Enforcement Collectorate, Karachi to eradicate confiscated and smuggled drugs. In total, drugs, including smuggled goods worth more than Rs 2.5 billion, were destroyed and burnt. It contained 249 kilograms of drugs, as well as large quantities of foreign alcohol, beer, cigarettes, cigars, tobacco, glass flavours, chewing gum, handkerchiefs and chemicals. Collector Customs Enforcement Feroz Alam Junejo gave details about the exported items. He said that the organization would continue to play its full role in fighting against smuggling and ridding society of drugs. Chief Collector Customs Enforcement Abdul Qadir Memon said that smuggling is economic terrorism. The event was attended by foreign diplomats, senior officials of various departments, representatives of law enforcement agencies and businessmen as well as city elders. The special guest of the function was Abdul Qadir Memon.” 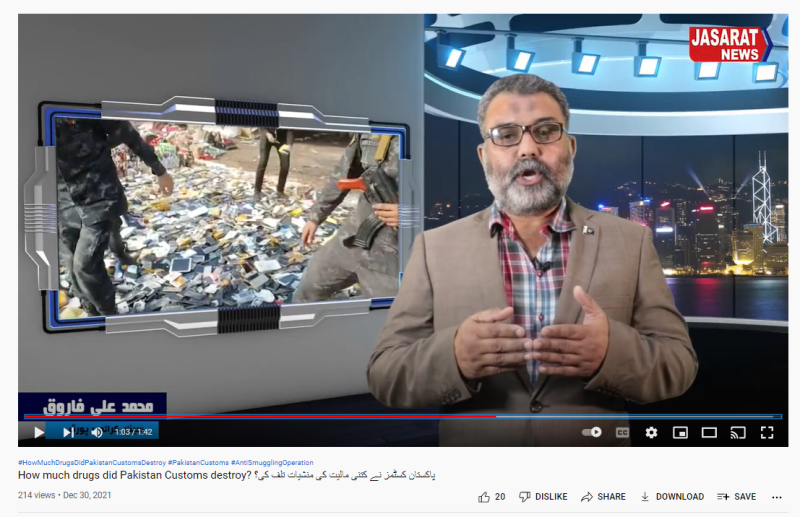 The Express Tribune had also reported about the incident on December 30, 2021. According to the report, Pakistan’s customs officials destroyed smuggled goods worth 2.5 billion, calling it economic terrorism.

Hence, we can ascertain that the customs officials in Pakistan destroying smuggled goods was falsely shared as the Taliban destroying mobile phones.