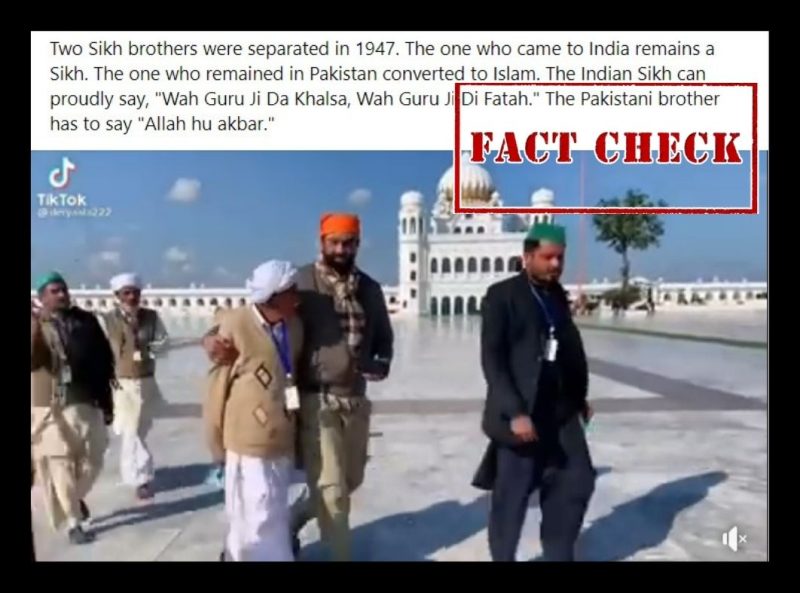 Recently, a heartwarming video of two brothers reuniting, who got separated in 1947 during India-Pakistan partition, went viral on social media. The video shows a tearful reunion of the elderly brothers, one from India and another from Pakistan, hugging each other at the Kartarpur Corridor.

Now, the same video of the two brothers meeting after 74 years is being shared with a communal claim that though they were born in a Sikh family, the brother who stayed back in Pakistan got converted to Islam.

A Facebook user shared the video with the caption, “Two Sikh brothers were separated in 1947. The one who came to India remains a Sikh. The one who remained in Pakistan converted to Islam. The Indian Sikh can proudly say, “Wah Guru Ji Da Khalsa, Wah Guru Ji Di Fatah.” The Pakistani brother has to say “Allah hu Akbar.” 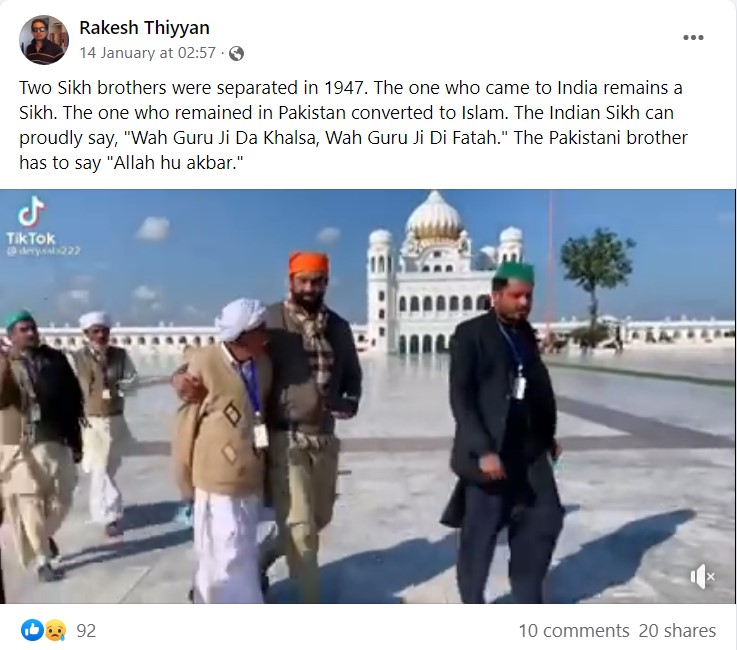 The video is being widely circulated on Twitter with the same caption.

The historic moment of the reunion of the brothers received wide media coverage. An Indian Express article, that provided a detailed account of how this brother duo got separated in 1947 and finally met in 2022, identified them as Habib alias Sikka Khan and Sadiq Khan. 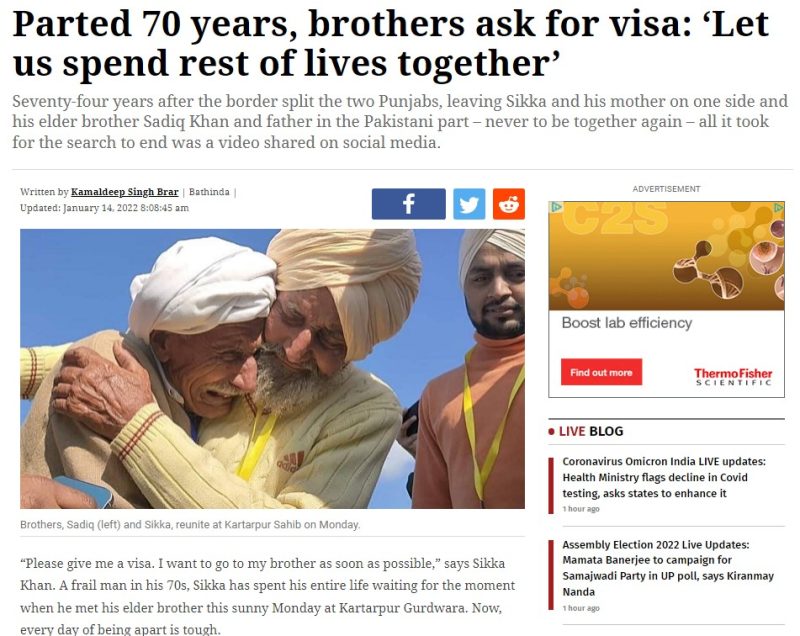 The article also mentions that Sikka Khan and his relatives are among seven Muslim families that live in Phulewala village.

The brothers were able to meet due to efforts of Pakistani YouTuber Nasir Dhillon and his YouTube channel Punjabi Lehar. Dhillon got to know about this story in 2019 and posted a video on his channel putting out an appeal from Sadiq who was looking for his brother from whom he was separated during partition.

The video reached rural medical practitioner Jagsir Singh in Sikka’s village in Bathinda, India, who contacted Dhillon and informed him about Sikka.

Soon after, the brothers spoke and exchanged photos in 2019. Their first interaction was uploaded on Punjabi Lehar which can be watched here. As per the video description, the two brothers got separated during partition in 1947. At that time, Habib had gone with his mother to his maternal grandmother’s village in Phulewala when violence broke out due to which their father Wali Muhammad lost his life.

In 2022, the brothers finally got a chance to meet each other after fulfilling all  necessary  formalities. The meeting was initially fixed for March 2020 but got delayed due to COVID-19 pandemic.

Therefore, it can be concluded that the video of reunion of two brothers is being shared with a misleading claim.