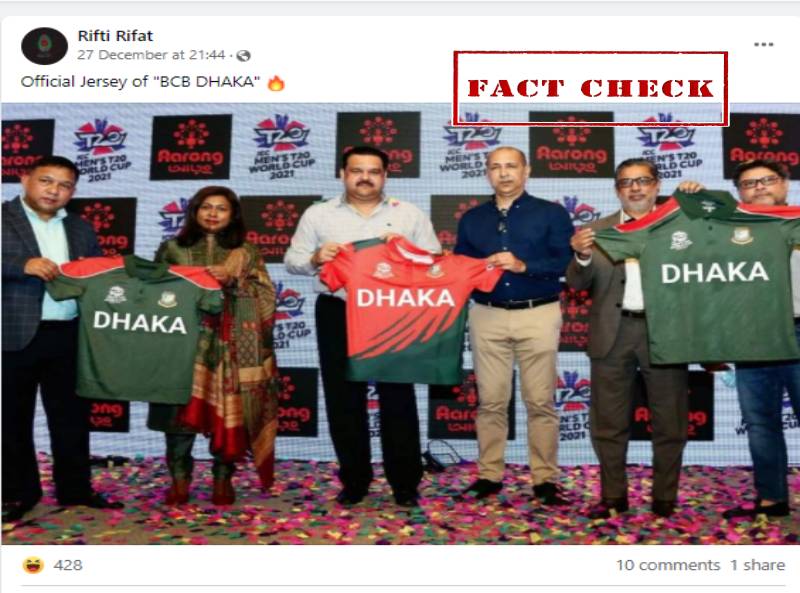 As Bangladesh gears up for the upcoming season of Bangladesh Premier League, a T20 cricket tournament in Bangladesh, a photograph showing people holding Dhaka printed jerseys is widely being shared on social media.

It is being claimed that the image shows the official jersey of the Dhaka team for upcoming BPL. The image is bring shared with the caption: “Official Jersey of “BCB DHAKA”” 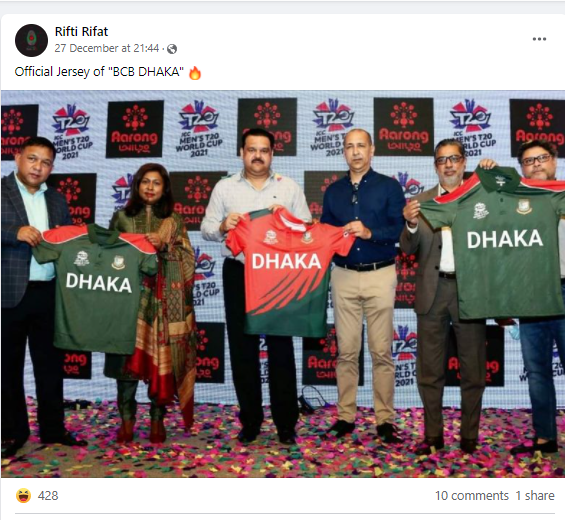 On doing a Google Reverse Image Search, we found that a similar image was uploaded by TBS Report on October 11, 2021. The image was shared with a caption that read, “Aarong and BCB jointly unveil Bangladesh cricket team jersey for the T20 World Cup 2021.” 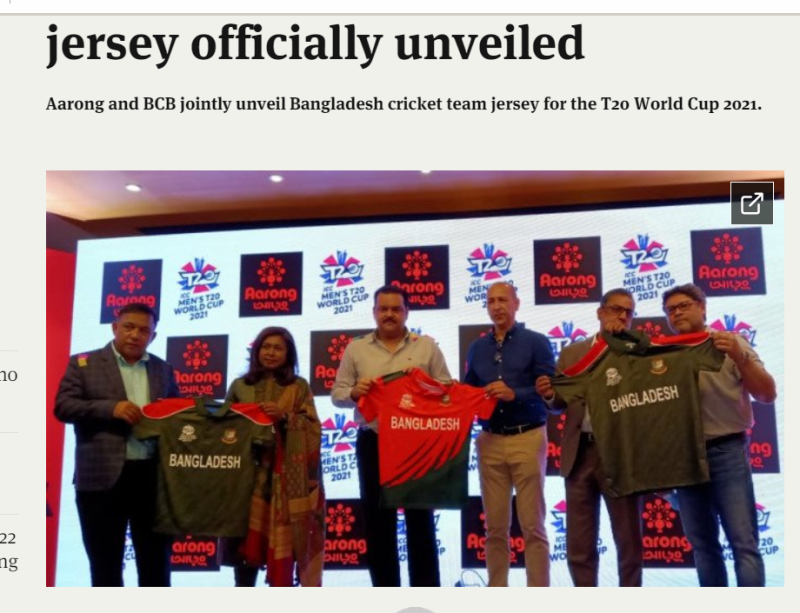 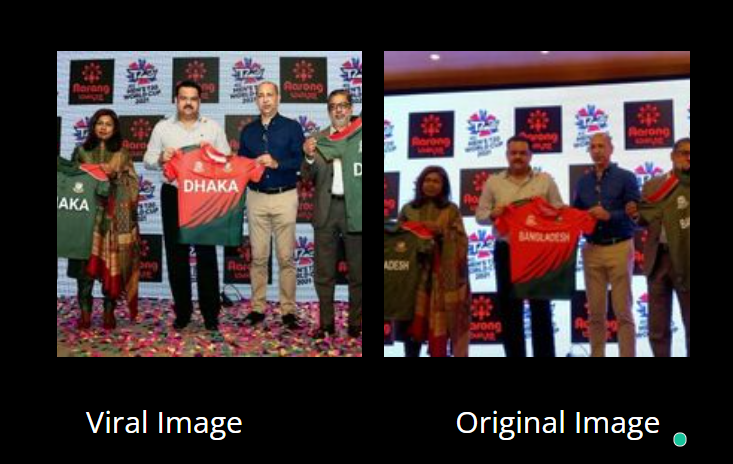 We found that Dhaka Tribune also published a report on October 11, 2021. The report read, “BCB directors Mahbub Anam, Akram Khan and Khaled Mahmud were present among others during the Bangladesh T20 World Cup jersey unveiling ceremony at a city hotel.” The article associated with the image read, “Bangladesh cricket team’s jersey for the upcoming T20 World Cup has been made from recycled fabric. The front part of the two-part jersey is made from recycled jacquard fabric while the back is of mesh fabric to allow air circulation for the players to be slightly relieved from the middle eastern heat. Bangladesh Cricket Board and its official jersey manufacturer Sports and Sportz launched the Bangladesh jersey through an unveiling ceremony at a Dhaka hotel.” 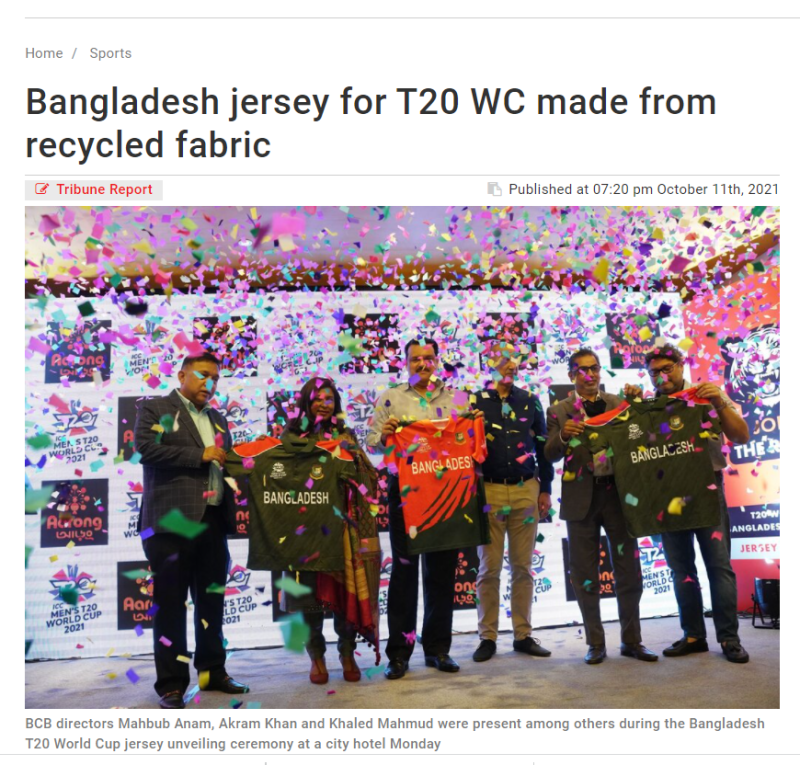 Thus, it is evident that a morphed image of the Bangladesh jersey has gone viral on social media with a claim that it is the jersey of the Dhaka team for the upcoming BPL.