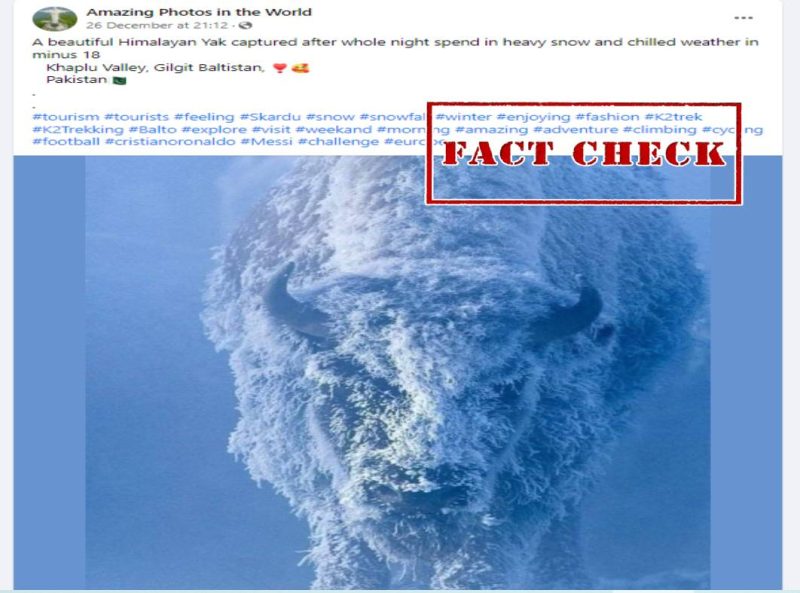 An image of a yak has gone viral on social media with a claim that the animal spent a whole night in heavy snow in Khaplu Valley in Pakistan and got completely coated in frost.

The post is being shared with a caption that reads, “A beautiful Himalayan Yak captured after a whole night spent in heavy snow and chilled weather at -18 In Khaplu Valley, GB, Pakistan.” 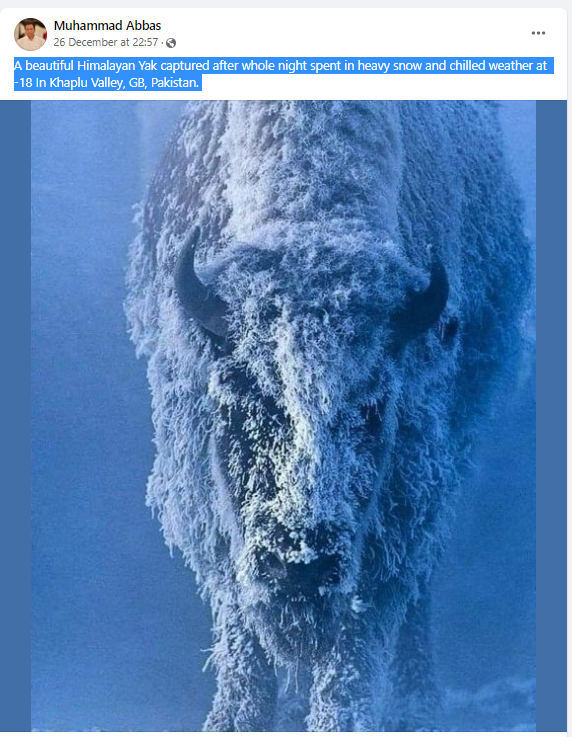 On doing a Google Reverse Image Search, we found that the same image was published on the website Yellowstonegallery with a caption: “Tom Murphy photographed this majestic bison during Yellowstone’s fierce winter. Bison are built to withstand cold. Their head, shoulders and hump, where their vital organs are, are covered with extra thick hair. They stand and endure the cold wasting no energy and movement to feed only when necessary.”

The name of the image was, “Bison Coated with Frost, Yellowstone.” 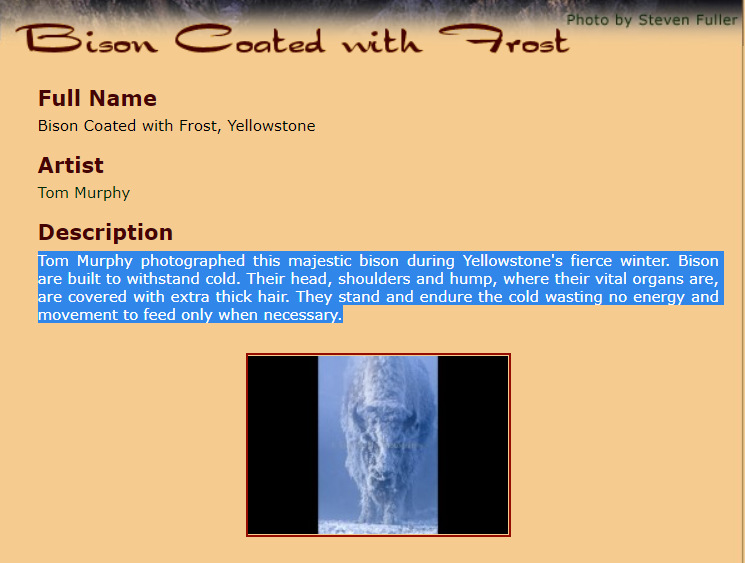 Yellowstone is a National Park situated in the United States.
We found the same image was published by a website, Tom Murphy photography, with the caption: “Bison are built to withstand cold. They have lived on the Northern Great Plains and in the Northern Rockies for about 500,000 years, surviving two major glacial advances where a layer of ice up to a mile thick covered parts of the northern expanse of North America. Their head and shoulders and hump, where their vital organs are, are covered with extra thick hair. They stand and endure the cold, wasting no energy and moving to feed only when necessary.” 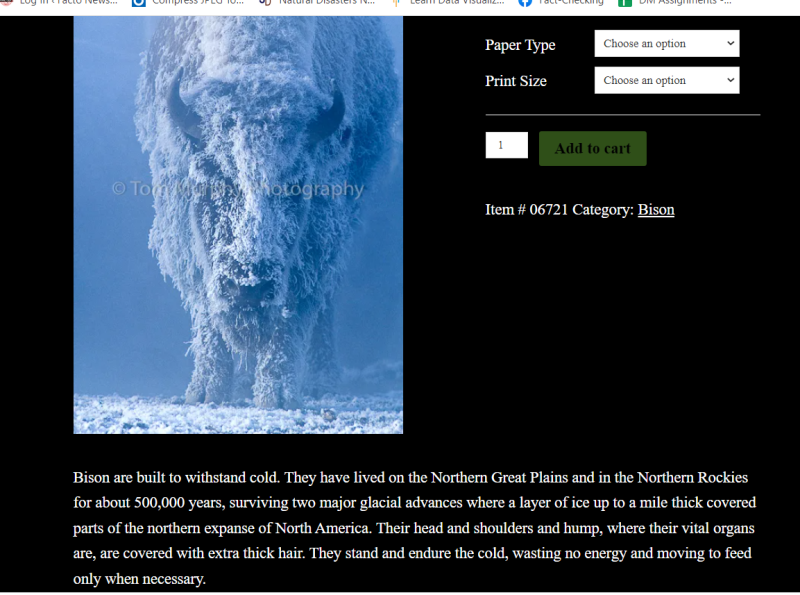 Thus an image of a yak covered in frost from Yellowstone National Park is being widely shared on social media with a claim that it is from Khaplu Valley in Pakistan.