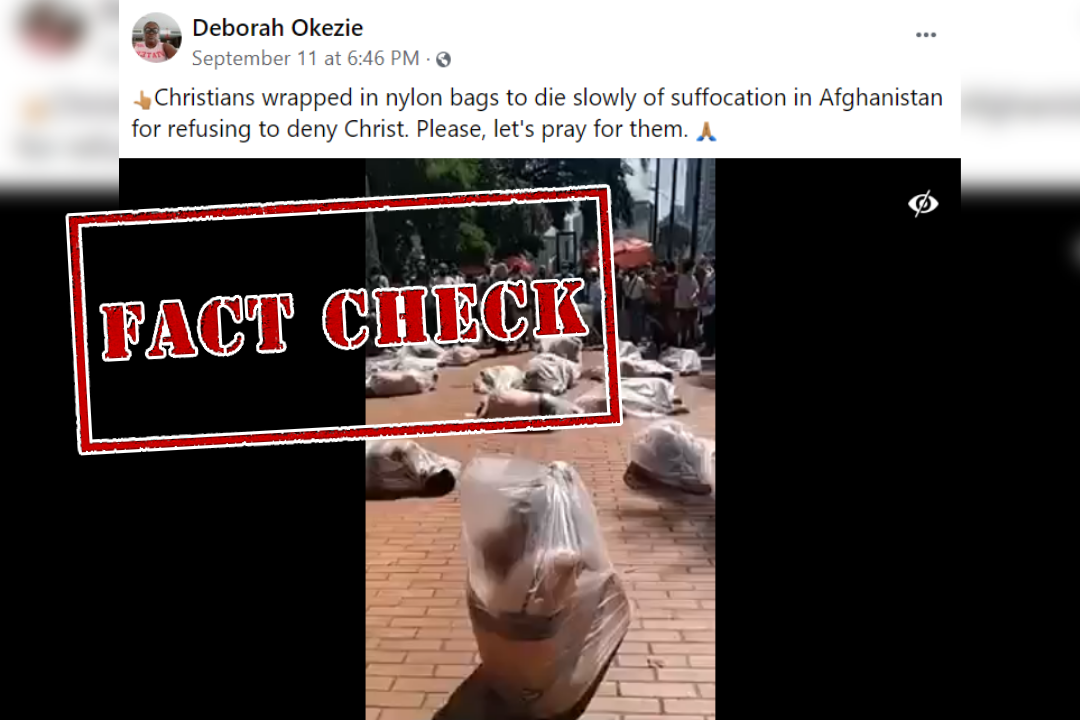 A disturbing video in which a group of people can be seen wrapped in transparent plastic bags is being shared on social media claiming that it shows the Taliban suffocating Afghan Christians who refused to abandon their faith.

Since the Taliban seized power in Afghanistan, lakhs of people have migrated to other countries fearing atrocities by the Taliban. The minority groups including Hindus, Christians, and Sikhs are at the receiving end.

The video is being shared on Facebook with a caption that reads, “Christians wrapped in nylon bags to die slowly of suffocation in Afghanistan for refusing to deny Christ. Please, let’s pray for them.” 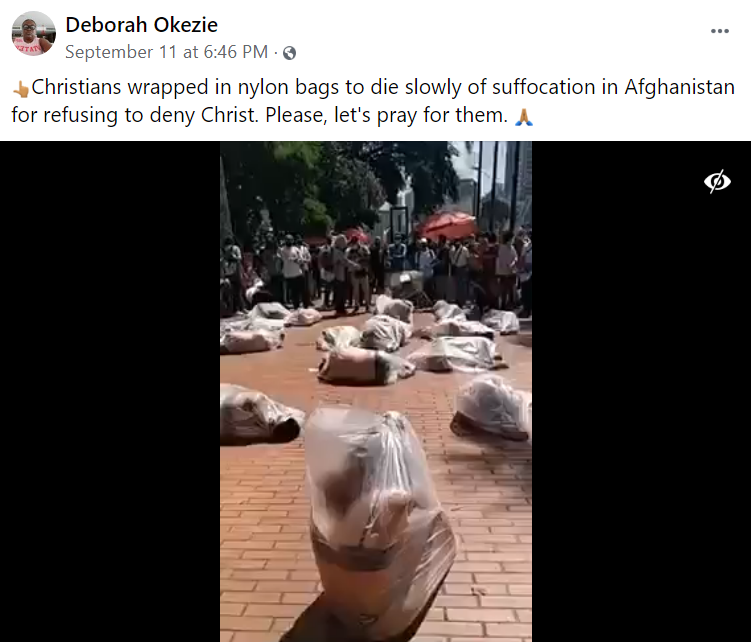 We extracted keyframes from the video using the InVid tool and did a Reverse Image Search. The search led us to a longer version of the viral video uploaded on YouTube on May 29, 2021. The text in French translates to, “Performance “Empaquetados”, Poblado Park, May 26, 2021. A tribute to the people who have been found dead in recent days, drowned, in pieces and in sacks. In honour of all those who left their homes to fight for their rights and who could not return home.”

Searching further, we found the Facebook Live of the protest. The caption also states that the video shows a protest at Poblado Park, Colombia, held on May 26, 2021.

ADN Medellin newspaper also covered this event in their May 27 edition.

Thus, it is evident from the above information that a video showing a protest in Colombia is being falsely shared as the Taliban suffocating Afghan Christians in nylon bags for refusing to abandon their faith. Therefore, the viral claim is false.