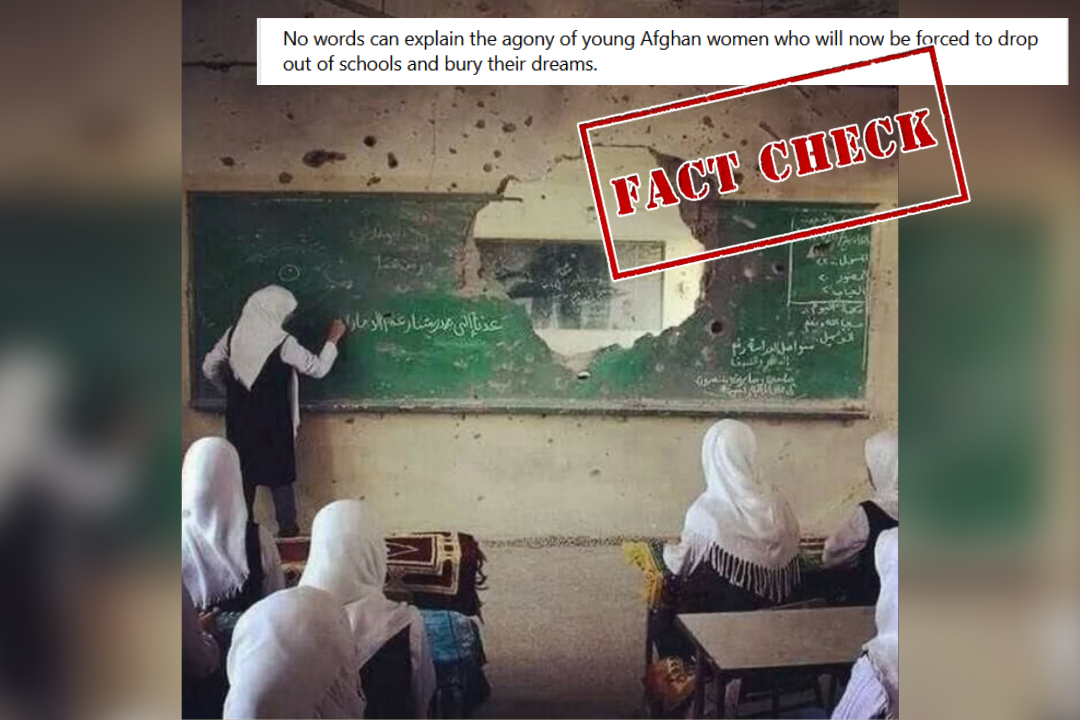 Amidst the ongoing Afghanistan crisis, an image of a bullet-riddled classroom with a few  students and a teacher writing on a blackboard is doing rounds on social media with a claim that the picture is from Afghanistan.

The image is being shared on Facebook with a text that reads, “No words can explain the agony of young Afghan women who will now be forced to drop out of schools and bury their dreams.” 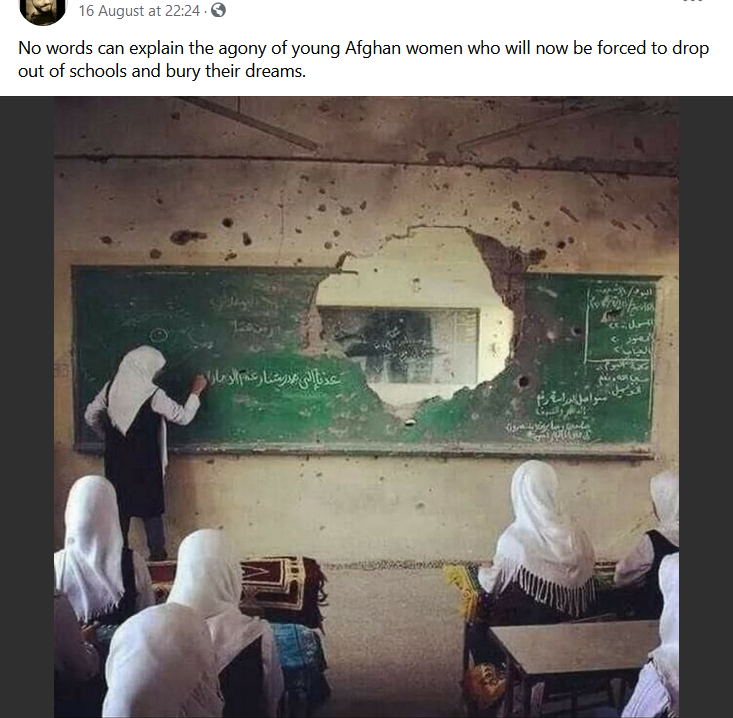 We did a Reverse Image Search and found a report on a Palestine based website, Drah.ps, carrying the same image. The report suggested that the picture is from Palestine. 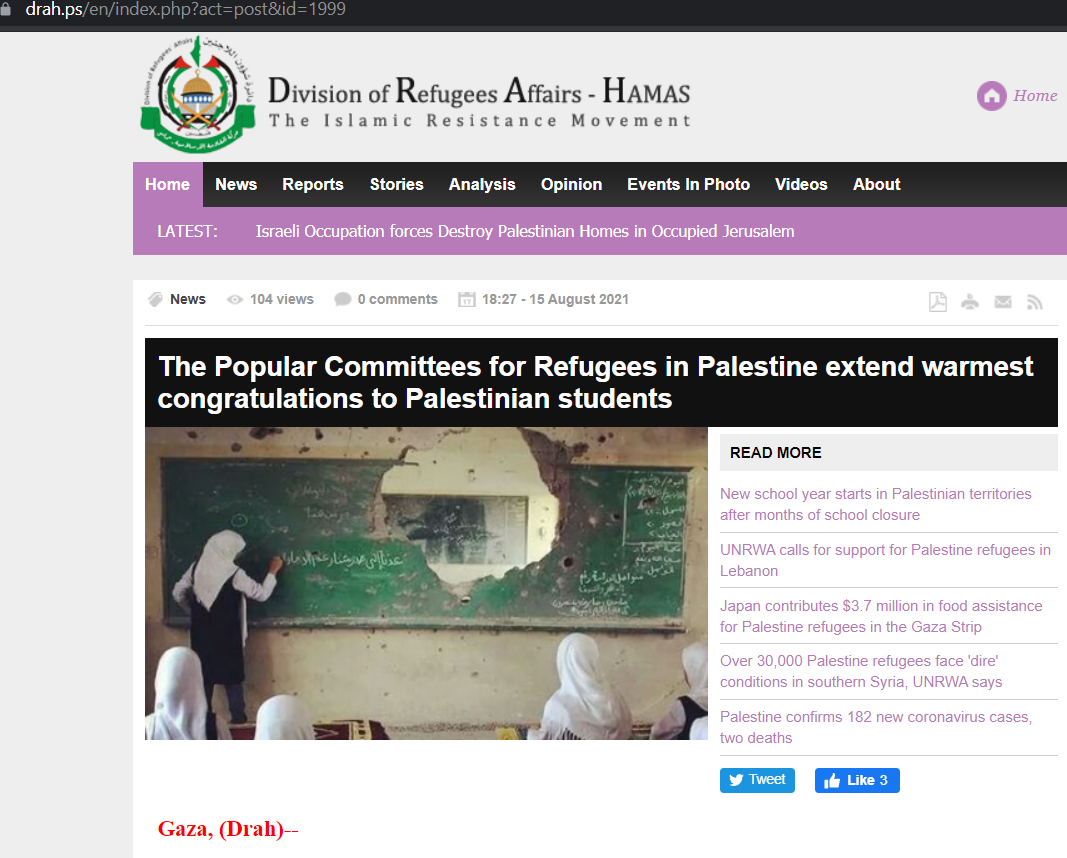 Further, we found a picture of the same classroom on a stock image website, Getty Images. The description mentions that the picture was taken in the Sobhi Abu Karsh school in Gaza City’s al-Shejaea neighborhood in August 2014.

On comparing both the pictures, it becomes clear that the viral image shows a classroom in Gaza. 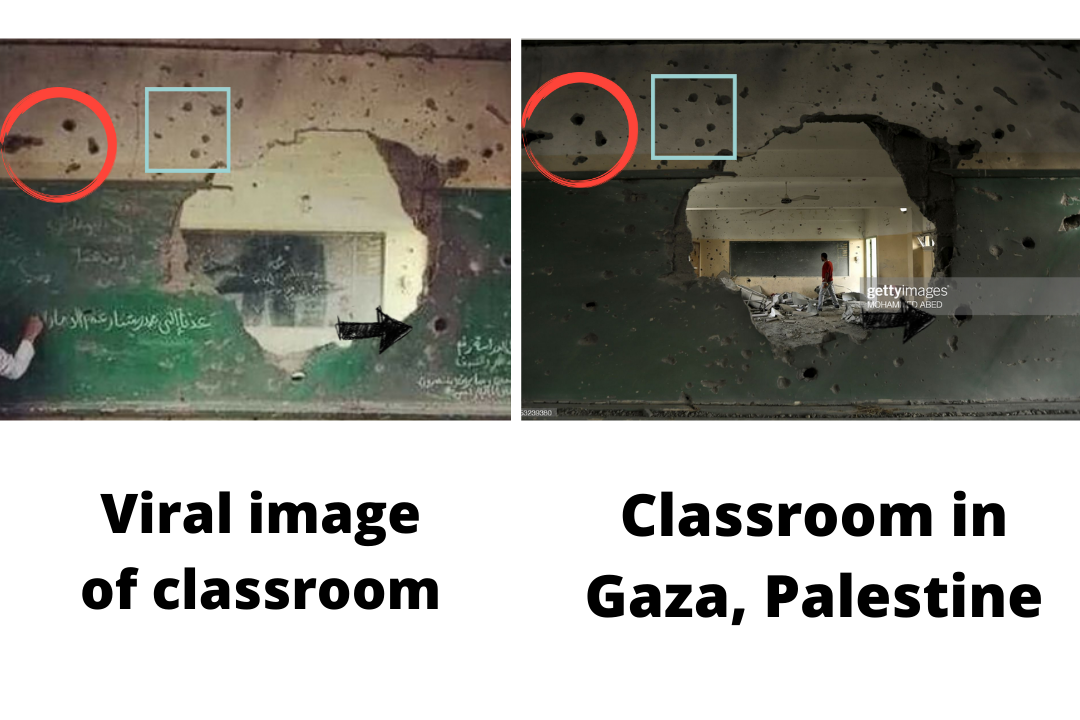 We found the same picture on the AFP website as well. The website too mentioned that the picture is from Gaza.

“Damages of an empty unused classroom due to Israeli shelling is seen during the first day of school, in Gaza City’s Shijaiyah neighborhood, Sunday, Sept. 14, 2014. Some half million Gaza children made a delayed return to school on Sunday after a devastating 50-day war with Israel that killed more than 2,100 Palestinians and damaged hundreds of school buildings”, the description of the picture read.

Thus, it is evident that the picture is old and not related to the ongoing Afghan crisis.