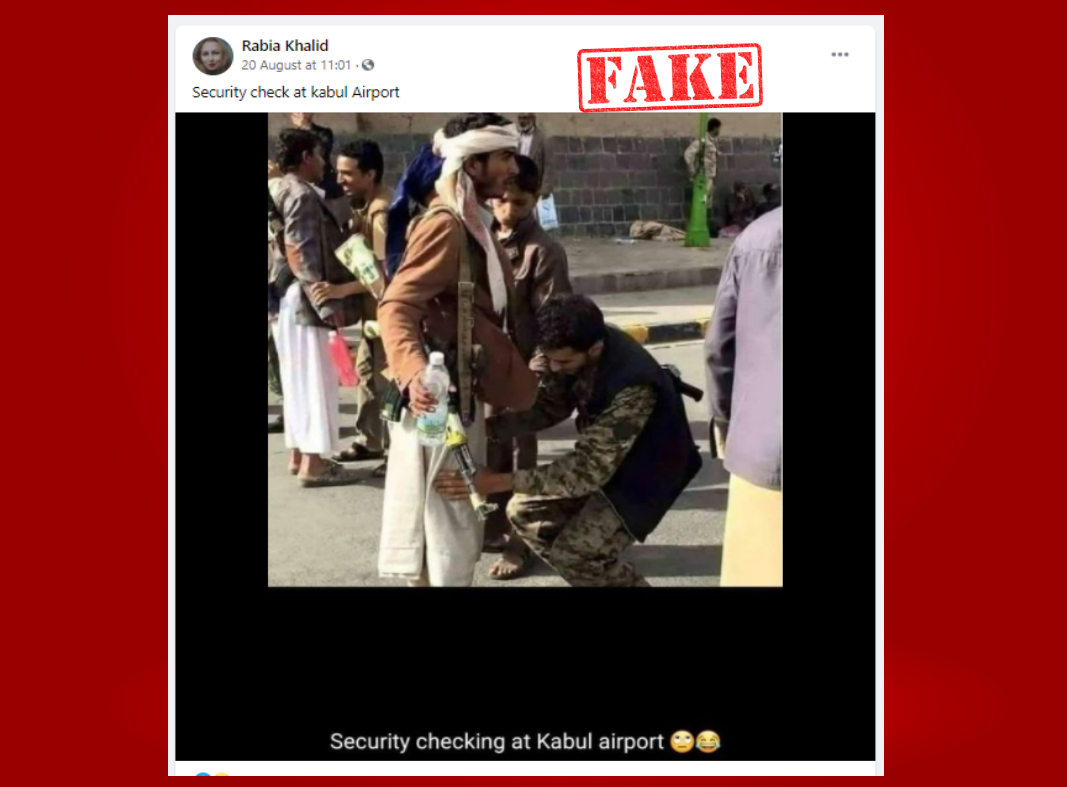 An image has gone viral on social media in which security personnel can be seen checking a man who is carrying a gun on his shoulder. Social media users are sharing the image with a claim that the image was clicked at Kabul airport post Taliban takeover.

The image is being shared with a caption that reads, “Security check at airport.” 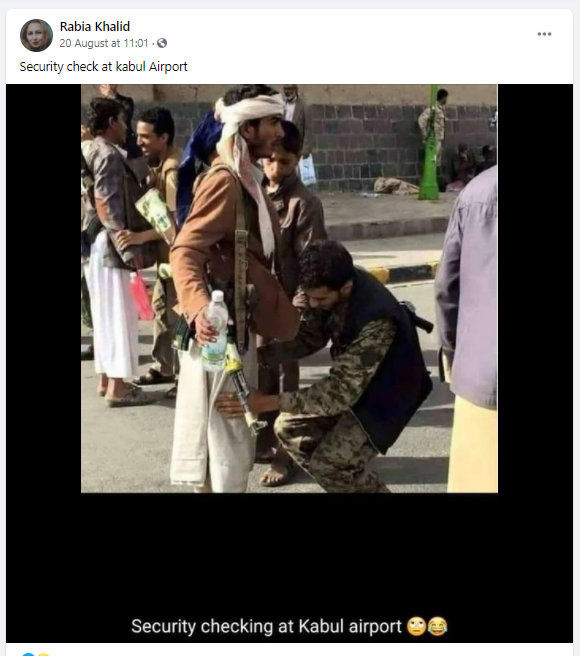 On doing a Google Reverse Image Search, we found that the same image was uploaded by a meme page on May 5, 2018. 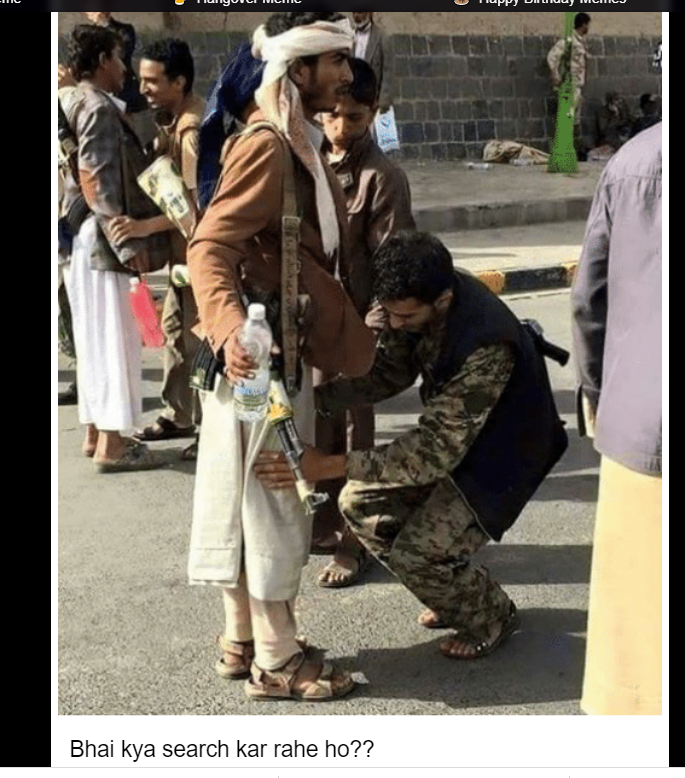 Hence, we could ascertain that the viral image is old and not associated with the recent Afghanistan crisis where the Taliban has taken over major cities including Kabul.

On further search, we found that the same image was also tweeted by Syed Farrukh Abbas, a journalist of Independent Urdu on February 4, 2017, saying that the image was of Hauthi fighters from Yemen. He had tweeted, “Hauthi fighters from #Yemen, carrying guns so they can defend themselves ag #Daesh #AQ while being bombed by #KSA,search is for suicide vest.”

We also found a video was uploaded by CBS Evening News on June 16, 2015. At around 1 minute 22 seconds into the video, one can see a man checking an armed boy. The video was shared with a description that reads, “CBS News correspondent Clarissa Ward was among the first set of journalists to enter Yemen — a country in the midst of a civil war. Ward spoke to one of Yemen’s new leaders who explained the Houthi rebels’ view towards America.” 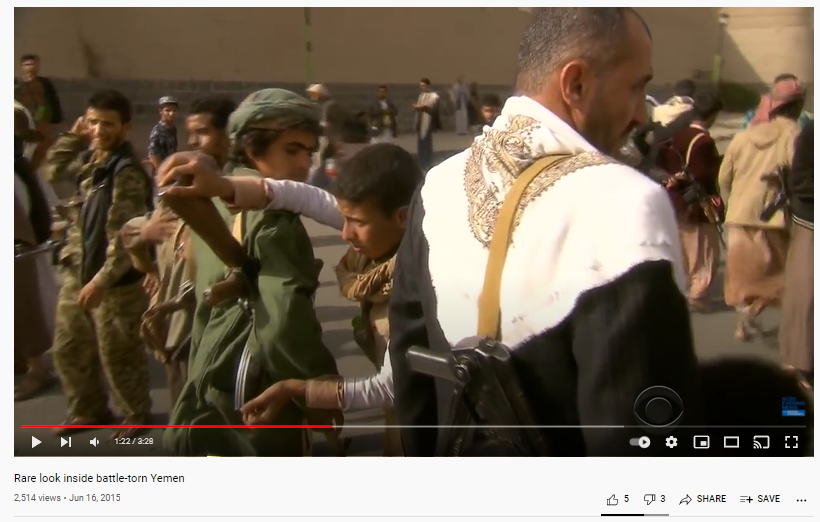 Hence, the viral image is old and is of Houthi rebels in Yemen and not of Kabul airport.