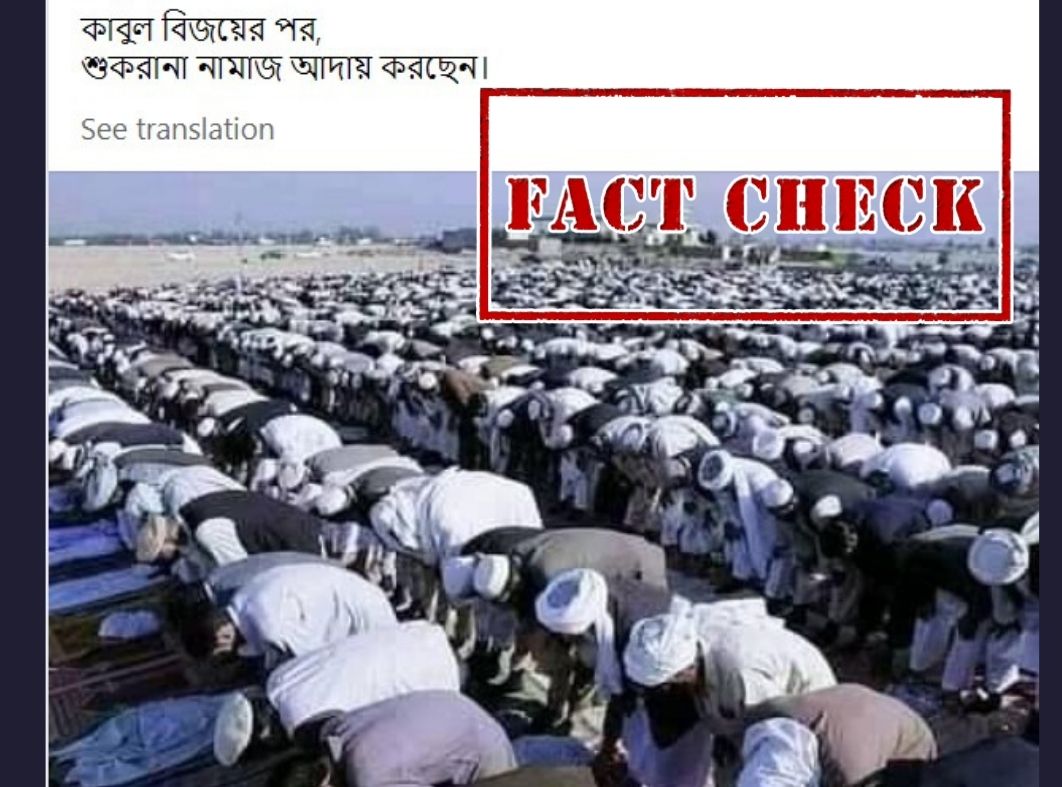 An image has surfaced on social media platforms showing hundreds of men offering namaz. The image is being shared with a caption suggesting that Talibanis are offering prayers after they took control of the capital city of Kabul on August 15.

A Facebook user shared the image with a caption in Bengali that can be roughly translated to, “A thanksgiving prayer after winning Kabul.” 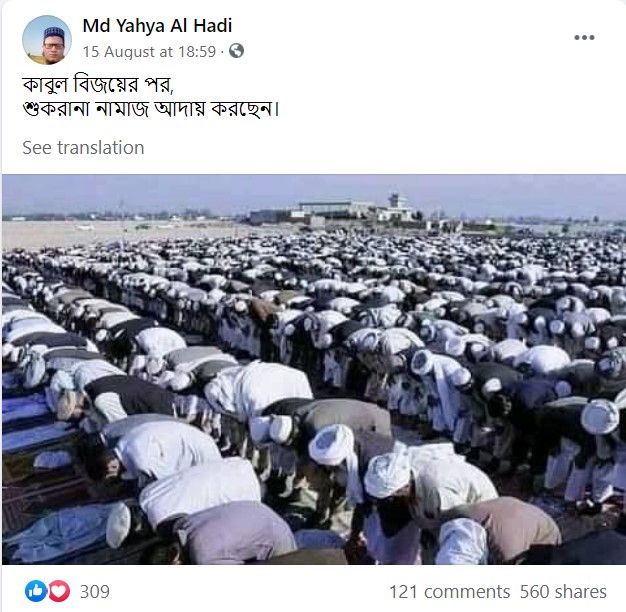 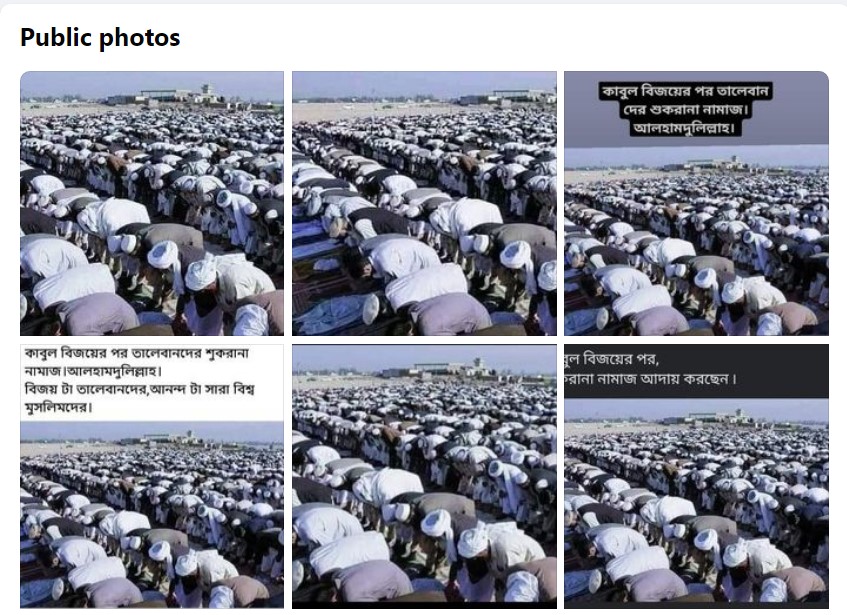 NewsMobile fact-checked the viral image and found that it’s being shared with a false claim.

With the help of a Reverse Image Search, we found this image in a news report by ‘The Times of Israel’ published on October 26, 2012. 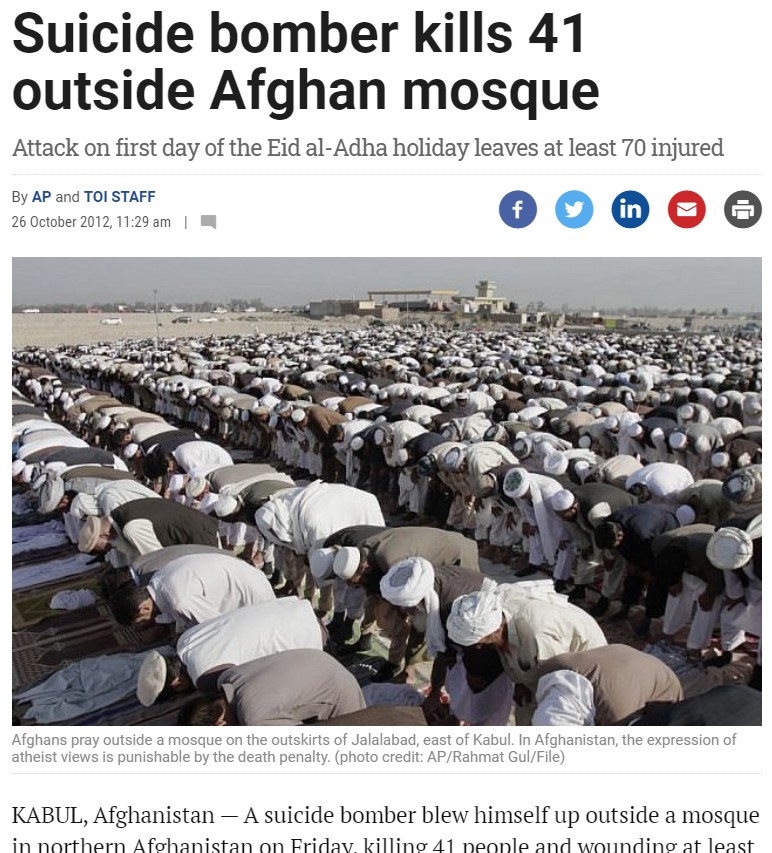 The caption of the image read, “Afghans pray outside a mosque on the outskirts of Jalalabad, east of Kabul. In Afghanistan, the expression of atheist views is punishable by the death penalty.” The photo was credited to international news agency Associated Press.

On performing a relevant keyword search, we found the photo on the Associated Press website with the caption, “Afghans offer Eid al-Adha prayers outside a mosque in the outskirt of Jalalabad east of Kabul, Afghanistan, Friday, Oct. 26, 2012. Eid al-Adha is a religious festival celebrated by Muslims worldwide to commemorate the willingness of Prophet Ibrahim to sacrifice his son as an act of obedience to God.”

Photographer Rahmat Gul from Associated Press captured the image which is now going viral with a false claim. 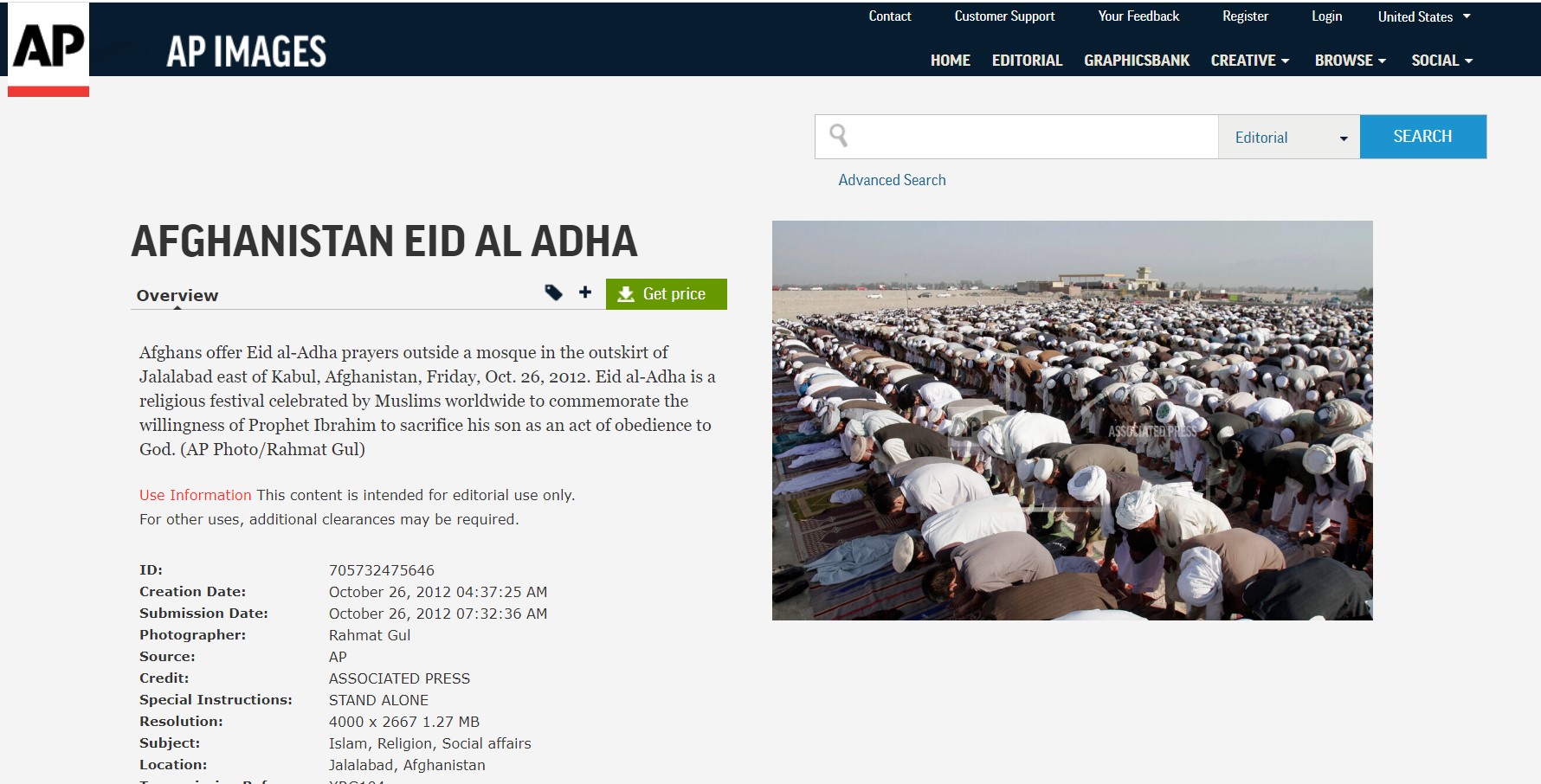 In conclusion we can say that an old image of men offering prayers on Eid-al-Adha in Afghanistan is 2012 is being shared with a false claim.