A video of some vials and medicines floating in a canal is doing rounds on social media. The caption of the video claims that Remdesivir injections are being wasted in Punjab to create a shortage and blame the Centre for COVID-19 deaths in the state.

(Translation: This is a conspiracy, the leaders who support China, Pakistan and fake farmer agitation, bought Remdesivir medicine for thousands of crores of rupees and made them go down the drain in Punjab, to increase the death toll of Coronavirus victims. This is exactly how the Atal Bihari government fell,*A huge quantity of injection Remdesivir floating in Bhakhra river in Punjab. The matter must be investigated.*) 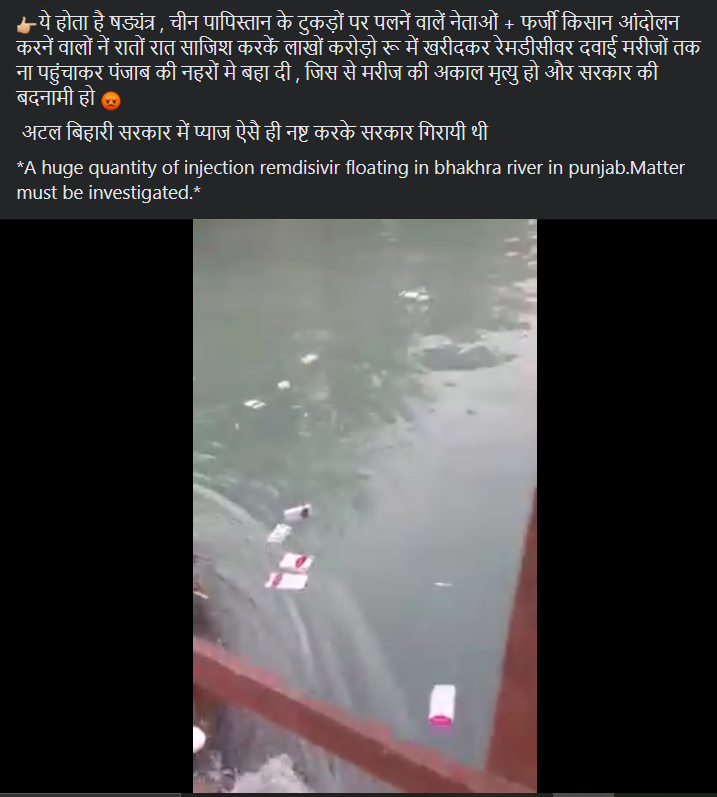 Similar posts can be found here, here and here.

This is abhorring & Criminal
While patients struggle for essential medicines in Punjab ..thousands of vials of Injection Remdesivir are found dumped in the Bhakra canal!
Who’s responsible for this criminal act?
Why’s the Punjab Govt silent? pic.twitter.com/wTySio3Zp3

Firstly, we ran a Google search with relevant keywords like, ‘Remdesivir’, ‘Covifor’, ‘Canal’, and found a report by The Tribune dated May 6, 2021. The headline of the report read, “621 fake Remdesivir vials found in Bhakra”. 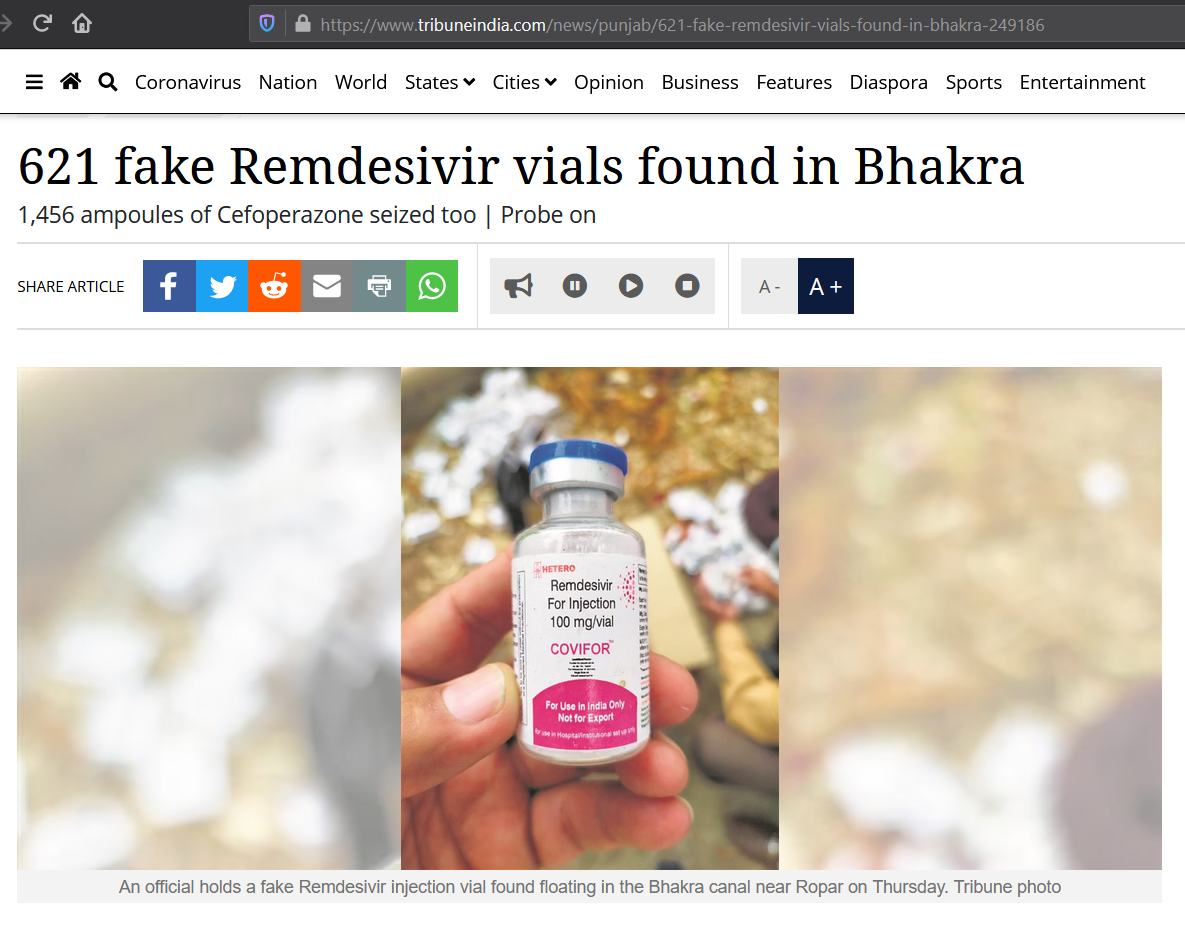 As per the report, 621 Remdesivir and 1,456 Cefoperazone vials were seized from two spots. In addition to this, 849 unlabeled vials were also recovered. Drug Control Officer Tejinder Singh said prima facie the medicines were fake. The labels on vials did not match with those of the original vials of the same company. An investigation has been initiated to find out more about counterfeit medicines.

The incident was reported by English daily The Indian Express as well. Read the report here.

“We have deployed more teams to recover more vials. On preliminary investigation, these vials are apparently fake as per the district Drug Control Officer (DCO). Till now nearly 1,200 vials have been recovered including 600 Remdesivir but it is still being probed that who dumped them in the canal,” an Indian Express report quoted Ropar SSP Akhil Chaudhary as saying.

Further, we found a tweet by IPS officer Monika Bhardwaj in which she has explained how the packaging of fake Remdesivir has all the necessary clues.

Attention!!
Lookout for these details before buying Remdesivir from the market. pic.twitter.com/A2a3qx5GcA

NewsMobile has collated a cumulative list of some markers on the packaging of Remdesivir medicine that can be helpful in differentiating fake from real.

In conclusion, the information proves that counterfeit medicine and vials were floating in the canal in Punjab.

Hence, the claim that Remdesivir injections are being wasted in the state is misleading.