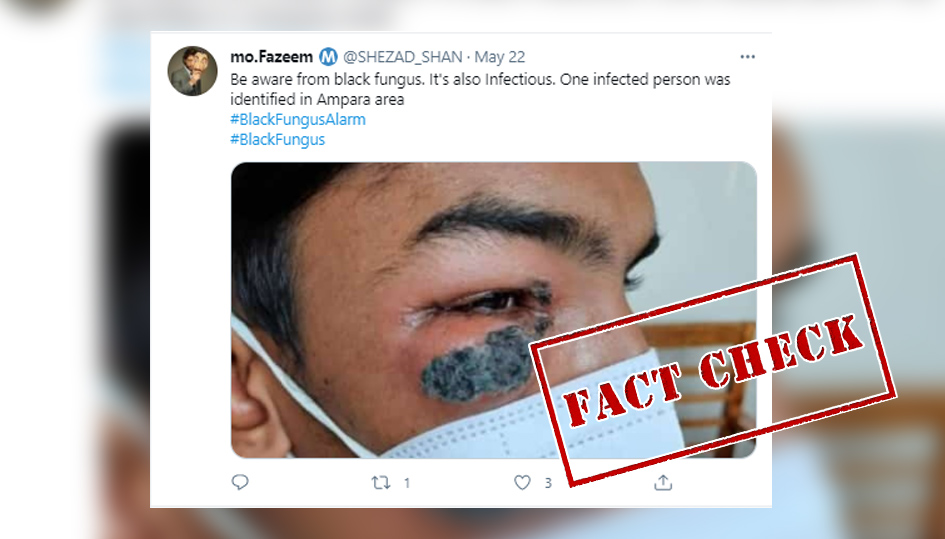 An image of a man with a black mark near his eyes is being widely shared on social media, claiming that the image is of a man suffering from Mucormycosis or Black fungus in Sri Lanka’s Ampara town.

The image has been shared with different captions, all insinuating that it is of a man in Sri Lanka who got black fungus.

A Twitter user shared the image with the caption, “Be aware from black fungus. It’s also Infectious. One infected person was identified in Ampara area.” 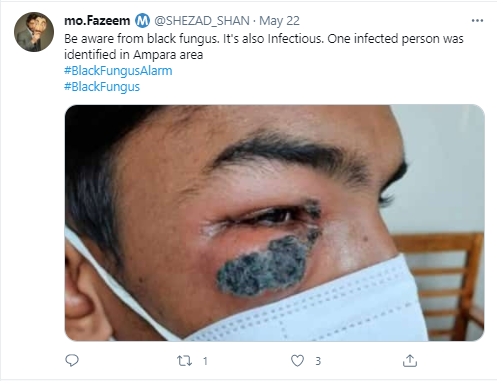 Links to similar posts can be found here, here and here.

On doing a Reverse Image Search, we found that the same image was published by a website, Dhaka Orthoniti, a week ago. While the image had no caption, the article associated with the image spoke about Black fungus cases in India. 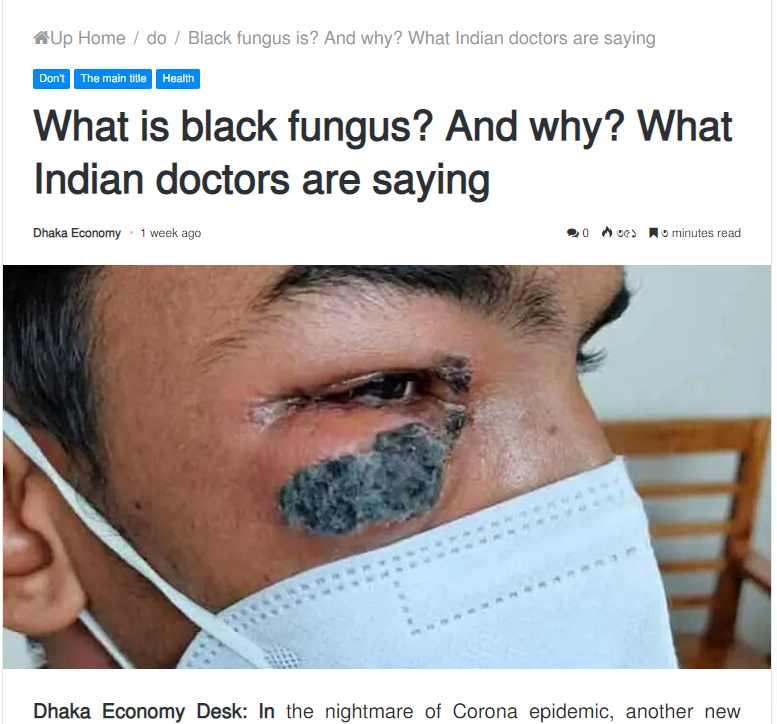 Similarly, another local media website, AthibAn Tv also published the image without a caption, but the article associated with the image spoke about the increase in Black Fungus cases in India amongst the ones who were recovering from coronavirus.

The media brief of Dr Jayasekara was also uploaded by a YouTube channel Ada Derana on May 24, 2021. In it, she said that as Sri Lanka is near the equator, the environment is conducive for the growth of Black Fungus. She also said that till now, no cases of COVID-19 patients suffering from Black Fungus have been observed.

State Minister of Primary Health Care, Epidemics and COVID Disease Control Sudarshini Fernandopulle spoke to Daily Mirror and said that the man in Ampara contracted fungal infection but not Black Fungus. She said, “The person was a TB patient who had not taken medications for TB. The person was diagnosed with a fungal infection but it was not black fungus. The patient had also later tested positive for the coronavirus.”

We also found no media reports at the time of publishing this story about any Black Fungus cases in Sri Lanka due to Coronavirus.

Hence, the claim of a person contracting Black Fungus in Sri Lanka’s Ampara town, is misleading.