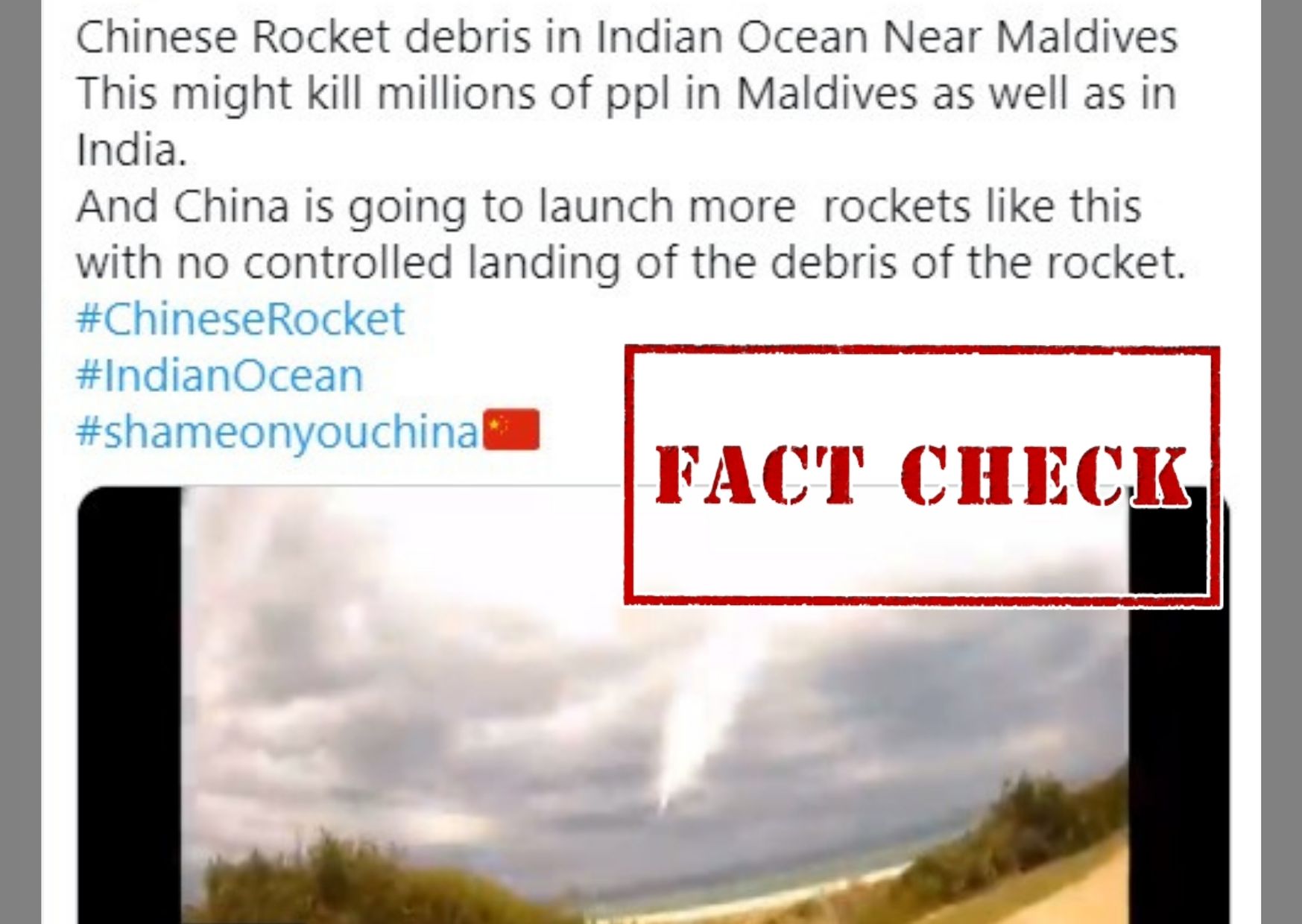 Fragments of China’s Long March 5B-rocket, which was launched in April, entered the earth’s atmosphere over the Indian Ocean on May 9, 2021.

Following this, a video has surfaced on social media platforms where an object with bright light can be seen falling through the sky and making a loud thundering noise as it reached near water. The video is being shared with a claim that it shows China’s Long March 5B-rocket debris plunging into the Indian Ocean.

A Twitter user shared the video with a caption saying, “Chinese Rocket debris in Indian Ocean Near Maldives This might kill millions of ppl in Maldives as well as in India. And China is going to launch more rockets like this.” 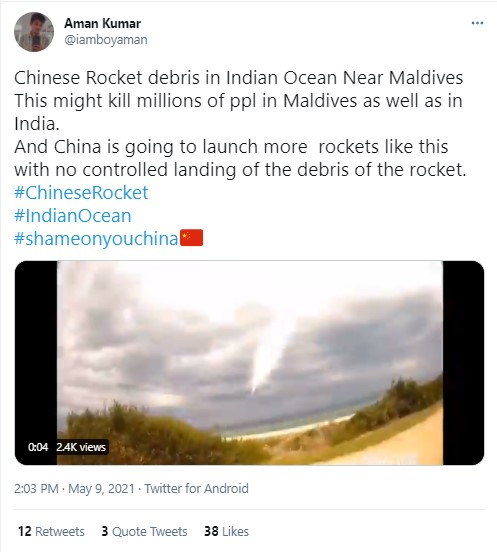 The video is also being shared on Facebook with the caption, “Chinese Rocket Lands in the Indian Ocean Near Maldives.” 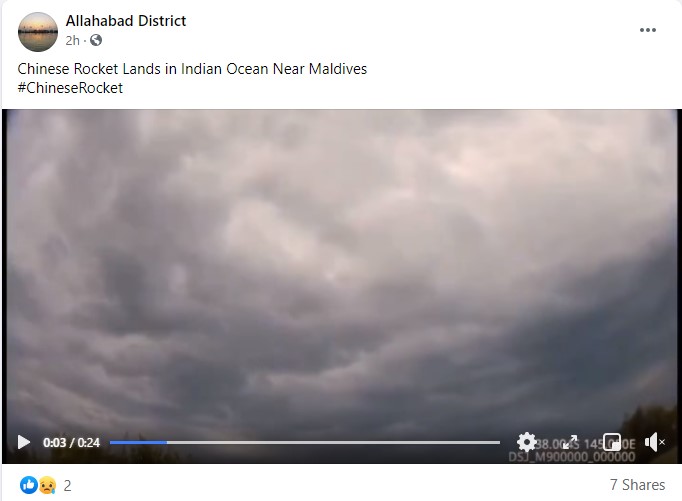 NewsMobile fact-checked the above post and found the claim shared with it to be false.

On performing a reverse image search on the keyframes of the video, we found a longer version of the same video uploaded on YouTube in February 2016.

The video was shared with the title, “Dangerously Close Meteor Strikes Australian Beach.” The time code on the video suggests that the video was recorded on 27 January 2016.

Taking a hint from this, we ran a keyword search and found a report by news agency UPI  (United Press International) published on February 19, 2016, with the title, “Australian man catches close-up footage of suspected meteor.” One of the keyframes of the viral video was used as a cover image in the article. 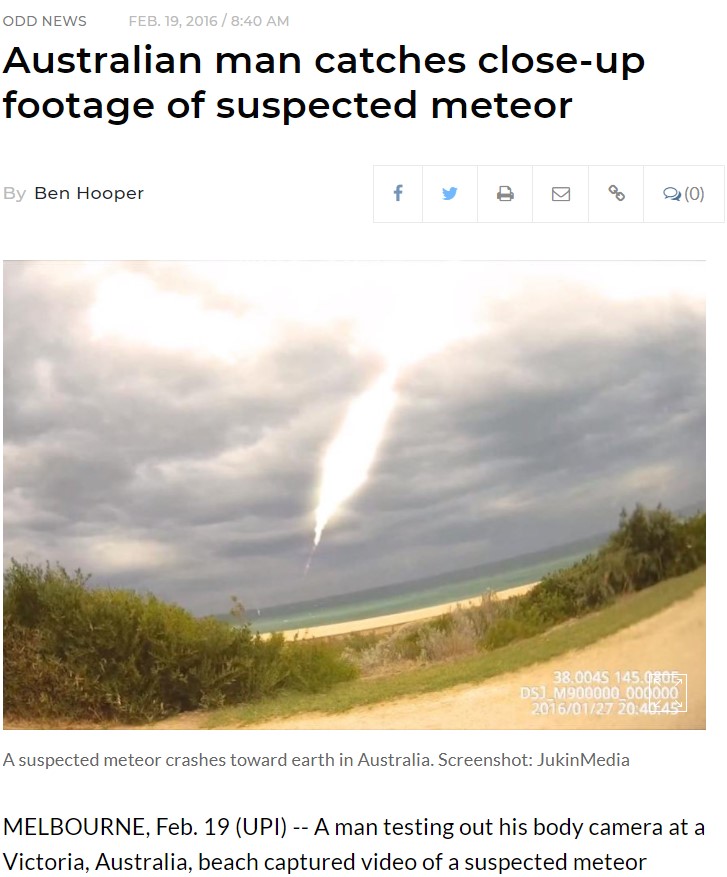 As per the article, the video of a suspected meteor falling to earth was recorded when a man was testing out his body camera at a Victoria, Australia, beach.

Since February 2016, the video has been widely shared on various social media platforms with different claims.

NewsMobile couldn’t independently verify the context of the video, however, as the video is doing rounds on social media platforms since February 2016, it is clear that the video does not show China’s Long March 5B-rocket debris plunging into the Indian Ocean.

In conclusion, we can say that an old video is being shared with a false claim.