A picture is being widely shared on social media which shows a screengrab of a report by British public broadcaster BBC. 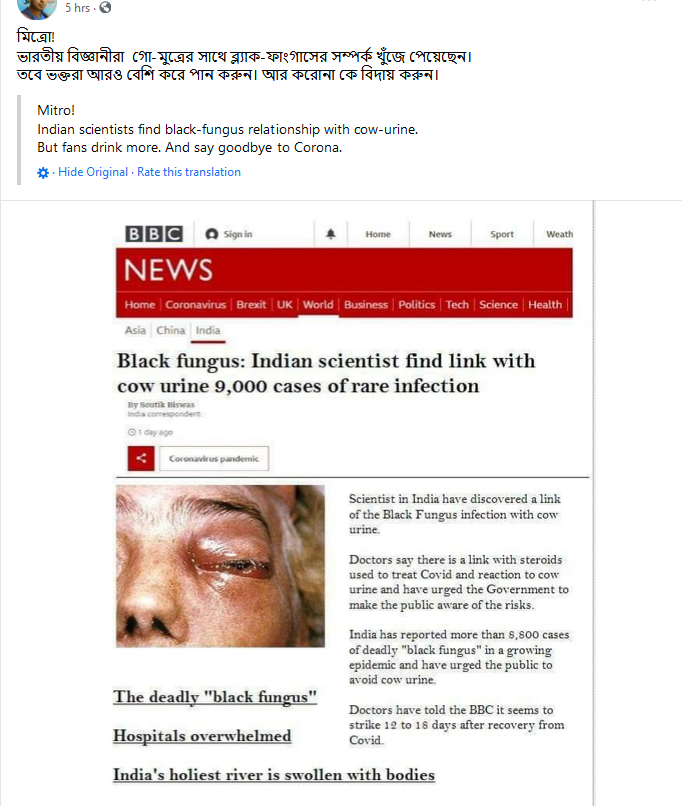 NewsMobile did a fact check on the picture and found that the image is morphed.

Our first red flag was the incorrect grammar in the headline. Since it was mentioned ‘Indian scientist’, the following words should have been ‘finds link’ and not ‘find link’. Also, the headline font in the viral post and what is used by BBC appeared distinctly different.

We then continued our investigation by carefully examining the picture and noticed that there were certain discrepancies when we compared the viral picture to a screengrab of a report on the BBC website. 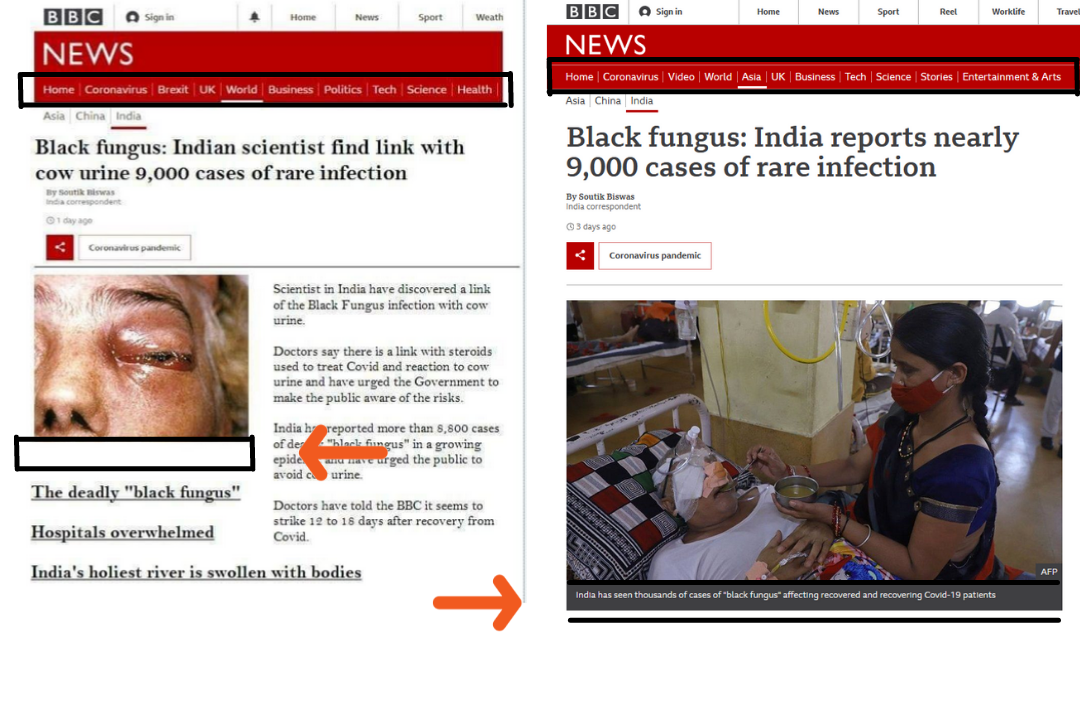 Moreover, we looked for the report in the “India” section of the BBC website but did not find any report remotely close to what was being claimed. 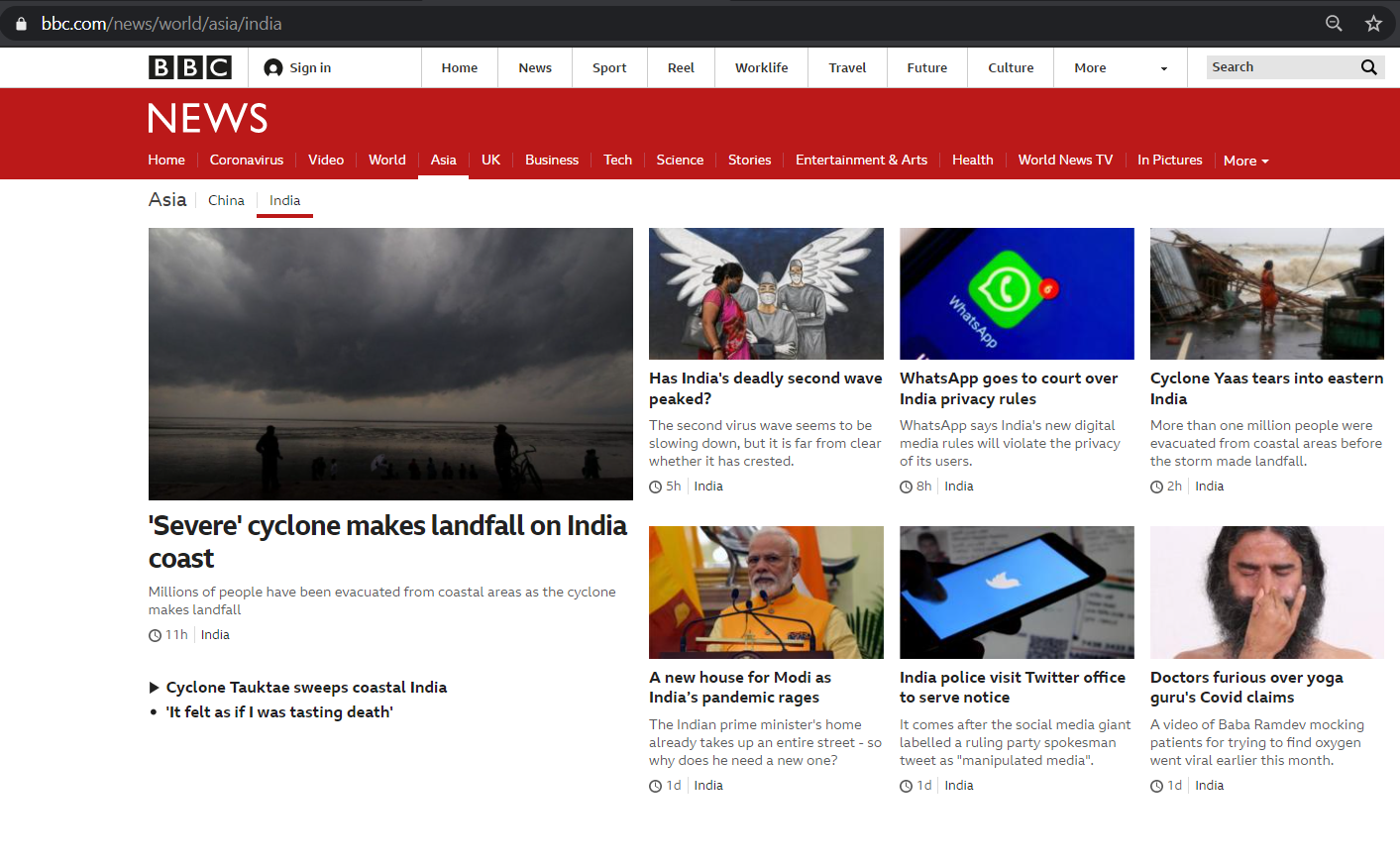 Since the name of the author is mentioned in the viral picture, we further did a search on the BBC website using the author Soutik Biswas’s name but did not find any article related to what was being circulated by him on the website.

We also checked if there are any media reports linking the cause behind the black fungus infection to cow urine but we could not find a single report to substantiate the claim. 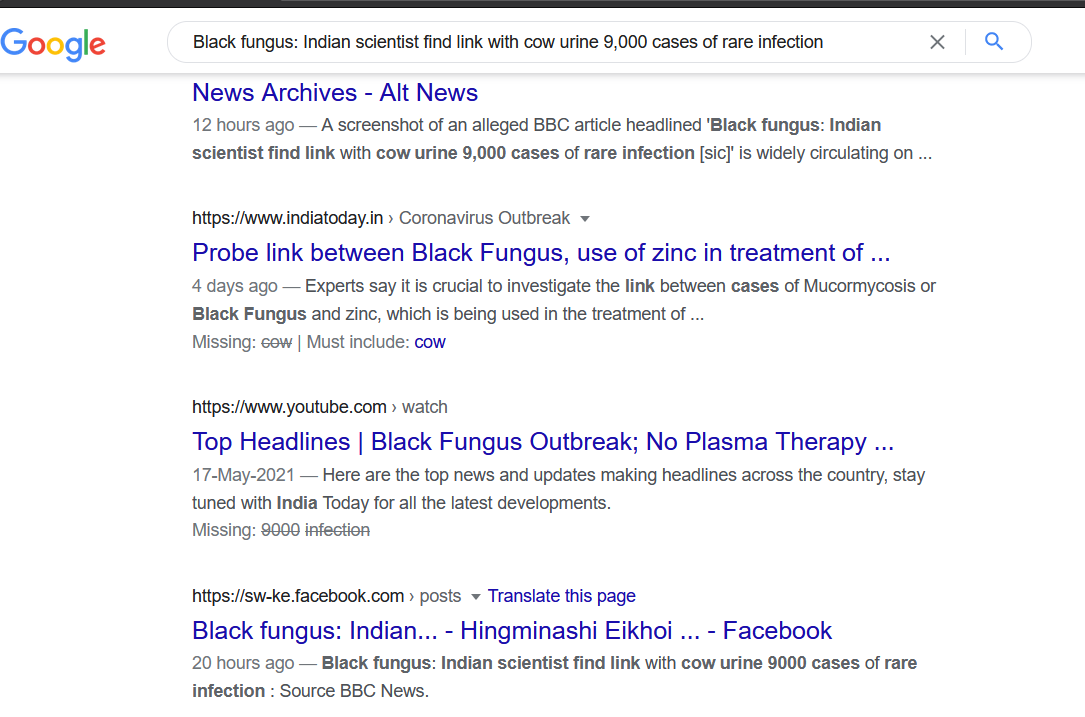 We also found a video of Dr. Randeep Guleria, AIIMS Director who stated that Black Fungus infection is found in diabetic patients, people with uncontrolled sugar levels and coronavirus patients who did not use steroids judicially.

Hence, our investigation proves that the screengrab of the BBC report is morphed and the claim is fake.